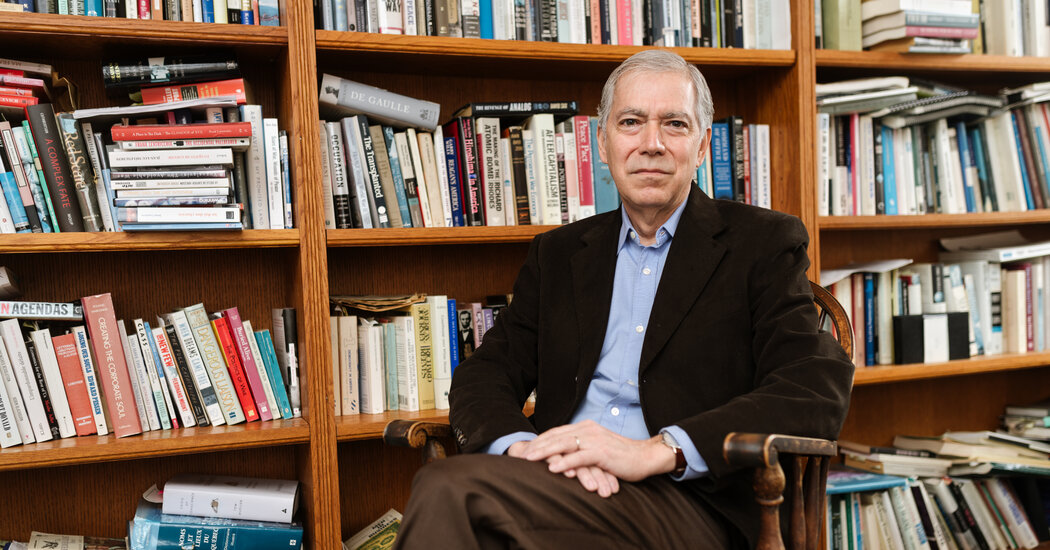 It was, for Harper’s, a sensation, receiving 2.5 million views. The magazine — whose paywall is now more porous, but is still years behind the kind of digital subscription machine that drives The New Yorker and The Atlantic — grew its subscription base 13 percent and bounced back above 100,000 subscribers. It is still far down from a peak of 231,670 during the George W. Bush years, and so far from breaking even that Mr. MacArthur told me he hadn’t done the math of what it would take to get there.

The Harper’s staff, since Mr. MacArthur broke the union, is not a rebellious bunch. No current staff member would speak to me on the record about the magazine. But when the letter appeared on the website, they revolted, and in an emotional Zoom meeting on July 8 (they weren’t yet back at the office), Mr. Beha took responsibility for publishing the letter and defended it. A former Harper’s assistant editor who is now a New Yorker fact-checker, Shirley Ngozi Nwangwa, recalled that editors argued that regardless of its intent, the letter would be used “as ammunition against the racial justice protests.”

Mr. Beha also told the Harper’s employees they were free to speak up on social media against the letter; an editor responded that they feared Mr. MacArthur would fire them if they did. The next day, Mr. Beha wrote an elliptical email that didn’t mention Mr. MacArthur, but acknowledged that he had been trying to “make the parts of the office that are under my control as open, respectful and tolerant of difference as I could, while insulating my staff as much as possible.”

Harper’s didn’t publish the letter in print until October, packaging it with several scathing attacks on it and one signatory’s apology for signing. In an editor’s note, Mr. Beha wrote that the attacks themselves were an instance of the kind of debate the letter supported, and that “in that sense, even the letter’s loudest critics were in a kind of agreement with it.”

There are two ways to read the Harper’s letter. One is to see it as a rejection of elements of the protests against racism, and a direct rejoinder to claims that some speech is physically dangerous. That’s how it was read by many of the Harper’s editorial staff members who opposed it, and also apparently how it was read by Mr. MacArthur, who signed it.

Though he has contributed to Harper’s only twice over 40 years, Mr. MacArthur writes an occasional column in French for the Montreal newspaper Le Devoir. (In another Harper’s oddity, the column is translated back into English by someone else, then published without further editing on the Harper’s website.) There, Mr. MacArthur described the letter as “a public stand against political correctness and ‘cancel culture.’” Earlier this month, he denounced the “McCarthyism and mob rule” at work when The New York Times forced out a veteran journalist who had used a racial slur on a trip with teenagers to Peru. Mr. MacArthur wrote the word in full, “a matter of honor, as a matter of principle, to use it informationally like he did,” he told me.

But Mr. MacArthur’s columns don’t appear in the print magazine. Relatively little railing against cancel culture does. And indeed, there’s also another way to read the Harper’s letter, which is simply its plain language, which called for a “culture that leaves us room for experimentation, risk taking, and even mistakes.” That’s how Mr. Beha said he has strained to interpret it, and why he’s avoided taking Harper’s down an overtly reactionary — if commercially promising — path.

Asbestos in the home can be downright scary. This extremely dangerous material has been linked to all kinds of health problems, including … END_OF_DOCUMENT_TOKEN_TO_BE_REPLACED

ATLANTA — Before the three men convicted of murdering Ahmaud Arbery were sentenced on Monday on federal hate crime charges, they asked a judge to … END_OF_DOCUMENT_TOKEN_TO_BE_REPLACED