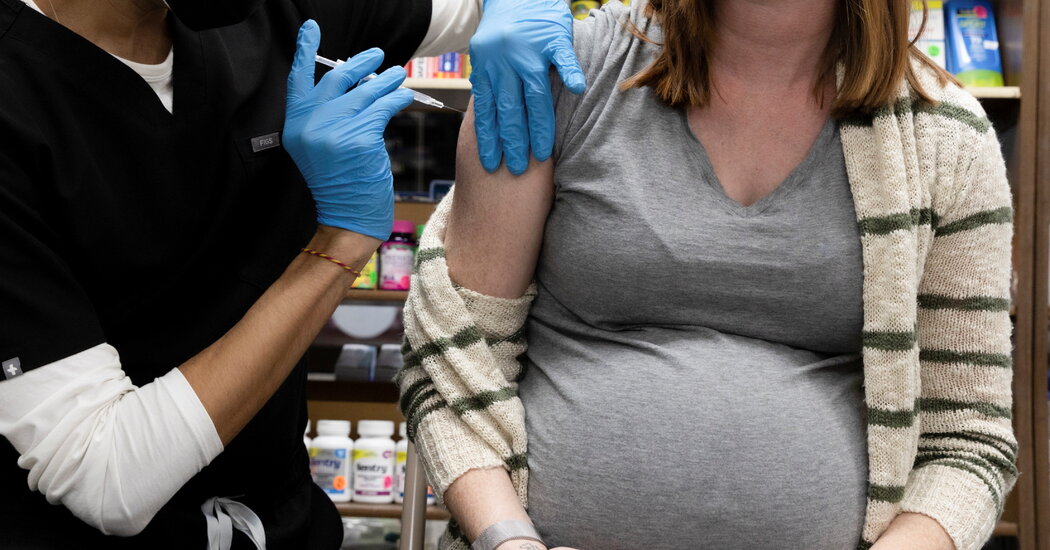 The vaccines produced similar responses in all three groups of women, eliciting both antibody and T-cell responses against the coronavirus, the scientists found. Of particular note, experts said, was the fact that the shots produced high levels of neutralizing antibodies, which can prevent the virus from entering cells, in both pregnant and nonpregnant women.

“Clearly, the vaccines were working in these people,” said Akiko Iwasaki, an immunologist at Yale University who was not involved in the research. “These levels are expected to be quite protective.”

The researchers also found neutralizing antibodies in the breast milk of vaccinated mothers and in umbilical cord blood collected from infants at delivery. “Vaccination of pregnant people and lactating people actually leads to transfer of some immunity to their newborns and lactating infants,” said Dr. Ai-ris Y. Collier, a physician-scientist at Beth Israel who is the first author of the paper.

The results are “really encouraging,” Dr. Iwasaki said. “There is this added benefit of conferring protective antibodies to the newborn and the fetus, which is all the more reason to get vaccinated.”

The scientists also measured the women’s immune responses to two variants of concern: B.1.1.7, which was first identified in Britain, and B.1.351, which was first identified in South Africa. All three groups of women produced antibody and T-cell responses to both variants after vaccination, although their antibody responses were weaker against the variants, especially B.1.351, than against the original strain of the virus, according to the study.

“These women developed immune responses to the variants, although the asterisk is that the antibody responses were reduced several-fold,” said Dr. Dan Barouch, a study author and virologist at Beth Israel. (Dr. Barouch and his colleagues developed the Johnson & Johnson vaccine, which was not included in this study.)

“Overall, it’s good news,” he added. “And it increases the data that suggests that there is a substantial benefit for pregnant women to be vaccinated.”

A home inspection can spare you from unpleasant surprises after you buy. After crunching the numbers, searching your favorite neighborhoods, and … END_OF_DOCUMENT_TOKEN_TO_BE_REPLACED