Office of Management and Budget (US) 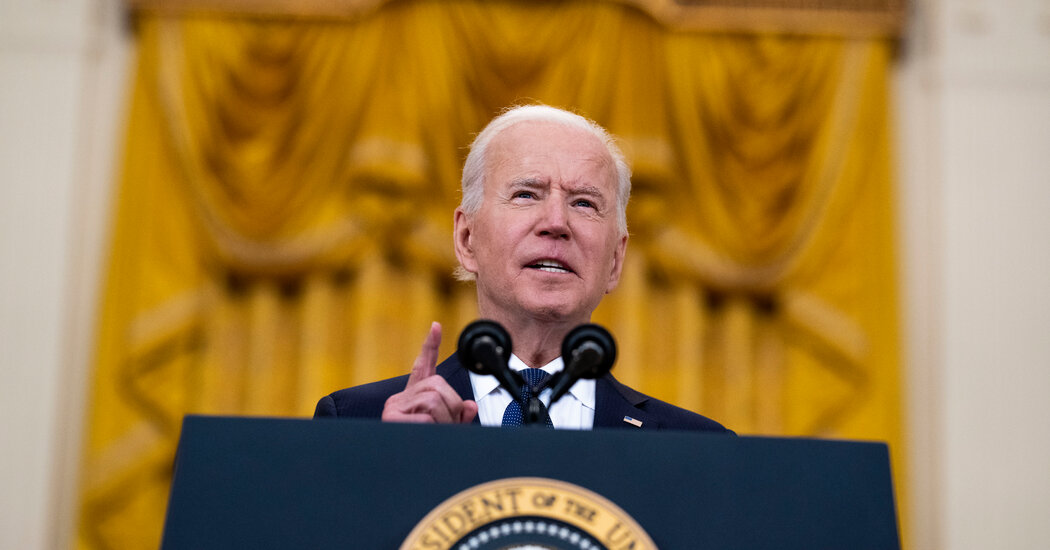 WASHINGTON — Lawmakers have unleashed more than $5 trillion in relief aid over the past year to help businesses and individuals through the pandemic downturn. But the scale of that effort is placing serious strain on a patchwork oversight network created to ferret out waste and fraud.

The Biden administration has taken steps to improve accountability and oversight safeguards spurned by the Trump administration, including more detailed and frequent reporting requirements for those receiving funds. But policing the money has been complicated by long-running turf battles; the lack of a centralized, fully functional system to track how funds are being spent; and the speed with which the government has tried to disburse aid.

The scope of oversight is vast, with the Biden administration policing the tail end of the relief money disbursed by the Trump administration last year in addition to the $1.9 trillion rescue package that Democrats approved in March. Much of that money is beginning to flow out the door, including $21.6 billion in rental assistance funds, $350 billion to state and local governments, $29 billion for restaurants and a $16 billion grant fund for live-event businesses like theaters and music clubs.

The funds are supposed to be tracked by a hodgepodge of overseers, including congressional panels, inspectors general and the White House budget office. But the system has been plagued by disagreements and, until recently, disarray.

released a scathing report accusing other Treasury officials of blocking him from conducting more extensive investigations.

Mr. Miller was selected to oversee relief programs managed by the Treasury Department, but the agency’s officials believed his role was to track only a $500 billion pot of money for the Federal Reserve’s emergency lending programs and funds for airlines and companies that are critical to national security. Mr. Miller said that Treasury officials were initially cooperative during the Trump administration, but that after the transition to the new administration started, his access to information dried up.

After Mr. Miller’s requests for program data were denied, he appealed to the Justice Department’s Office of Legal Counsel, which ruled against him last month. His team of 42 people has been left with little to do.

Economic Injury Disaster Loans. But federal oversight experts and watchdog groups say the exact scale of problems in the $2 trillion bipartisan stimulus relief bill in March 2020 is virtually impossible to determine because of insufficient oversight and accountability reporting.

The Government Accountability Office also placed the small-business lending programs on its “high risk” watch list in March, warning that a lack of information about the recipients of aid and inadequate safeguards could lead to many more problems than have been reported. The report identified “deficiencies within all components of internal control” in the Small Business Administration’s oversight and concluded that officials “must show stronger program integrity controls and better management.”

proposal to revamp many, but not all, of its procedures.

Oversight veterans and some lawmakers say they want to see a more cohesive approach and more transparency from the Biden administration.

“It is just staggering how little oversight there is,” said Neil M. Barofsky, who was the special inspector general for the Troubled Asset Relief Program from 2008 to 2011. “Not because of the fault of the people who are there, but because of the failure to empower them and give them the opportunity to do their jobs.”

Senator Elizabeth Warren, Democrat of Massachusetts, said she had pushed hard for more oversight last year because she believed that Trump administration officials had conflicts of interest. Despite improvements, she said, the Biden administration could be doing more.

“I kept pushing for more oversight — we got some of it, but not all of what we need,” Ms. Warren said. “We are talking hundreds of billions here.”

She added: “The Biden administration is definitely doing better, but there’s no substitute for transparency and oversight — and we can always do better.”

Watchdog groups are wary that speed could sacrifice accountability.

Under Mr. Trump, the Office of Management and Budget, which is responsible for setting policy in federal agencies, refused to comply with all the reporting requirements in the 2020 stimulus that called for it to collect and release data about businesses that borrowed money under the small-business lending programs.

To some observers, Mr. Biden’s budget office has not moved quickly enough to reverse the Trump-era policy. Instead, Mr. Sterling’s team is working on a complex set of benchmarks — tailored to individual programs included in the $1.9 trillion relief bill — which will be released one by one in the coming months.

stymied by disagreements about a program to prop up struggling state and local governments.

Its legally mandated report to Congress was delayed for weeks, and a member of the panel, Bharat Ramamurti, accused his Republican colleagues of stalling the group’s work. Mr. Ramamurti has since left to work for the Biden administration, and the five-person panel now has three commissioners and no chair. Its latest report was only 19 pages. 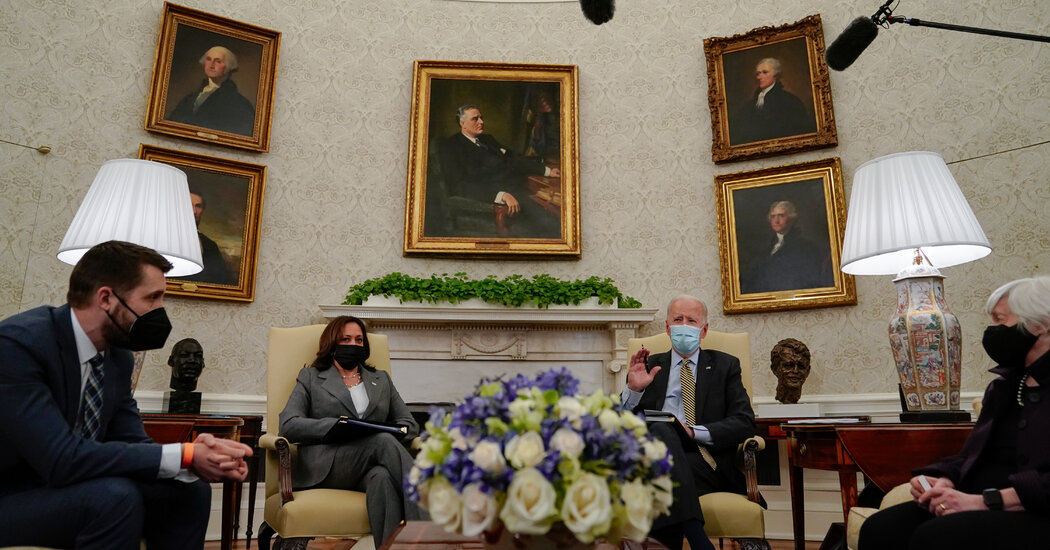 WASHINGTON — President Biden outlined a vast expansion of federal spending on Friday, calling for a 16 percent increase in domestic programs as he tries to harness the government’s power to reverse what officials called a decade of underinvestment in the nation’s most pressing issues.

The proposed $1.52 trillion in spending on discretionary programs would significantly bolster education, health research and fighting climate change. It comes on top of Mr. Biden’s $1.9 trillion stimulus package and a separate plan to spend $2.3 trillion on the nation’s infrastructure.

Mr. Biden’s first spending proposal to Congress showcases his belief that expanding, not shrinking, the federal government is crucial to economic growth and prosperity. It would direct billions of dollars toward reducing inequities in housing and education, as well as making sure every government agency puts climate change at the front of its agenda.

It does not include tax proposals, economic projections or so-called mandatory programs like Social Security, which will all be included in a formal budget document the White House will release this spring. And it does not reflect the spending called for in Mr. Biden’s infrastructure plan or other efforts he has yet to roll out, which are aimed at workers and families.

But Mr. Biden’s plan, while incomplete as a budget, could provide a blueprint for Democrats who narrowly control the House and Senate and are anxious to reassert their spending priorities after four years of a Republican White House.

Democratic leaders in Congress hailed the plan on Friday and suggested they would incorporate it into government spending bills for the 2022 fiscal year. The plan “proposes long overdue and historic investments in jobs, worker training, schools, food security, infrastructure and housing,” said Senator Patrick J. Leahy of Vermont, the chairman of the Appropriations Committee.

Shalanda D. Young, who is serving as Mr. Biden’s acting budget director, told congressional leaders that the discretionary spending process would be an “important opportunity to continue laying a stronger foundation for the future and reversing a legacy of chronic disinvestment in crucial priorities.”

The administration is focusing on education spending in particular, seeing that as a way to help children escape poverty. Mr. Biden asked Congress to bolster funding to high-poverty schools by $20 billion, which it describes as the largest year-over-year increase to the Title I program since its inception under President Lyndon B. Johnson. The program provides funding for schools that have high numbers of students from low-income families, most often by providing remedial programs and support staff.

The plan also seeks billions of dollars in increases to early-childhood education, to programs serving students with disabilities and to efforts to staff schools with nurses, counselors and mental health professionals — described as an attempt to help children recover from the pandemic, but also a longstanding priority for teachers’ unions.

Mr. Biden heralded the education funding in remarks to reporters at the White House. “The data shows that it puts a child from a household that is a lower-income household in a position if they start school — not day care — but school at 3 and 4 years old, there’s overwhelming evidence that they will compete all the way through high school and beyond,” he said.

There is no talk in the plans of tying federal dollars to accountability measures for teachers and schools, as they often were under President Barack Obama.

his vision of having every cabinet chief, whether they are military leaders, diplomats, fiscal regulators or federal housing planners, charged with incorporating climate change into their missions.

The proposal aims to embed climate programs into agencies that are not usually seen as at the forefront of tackling global warming, like the Agriculture and Labor Departments. That money would be in addition to clean energy spending in Mr. Biden’s proposed infrastructure legislation, which would pour about $500 billion on programs such as increasing electric vehicle production and building climate-resilient roads and bridges.

Strategic National Stockpile, the country’s emergency medical reserve, for supplies and efforts to restructure it that began last year. Nearly $7 billion would create an agency meant to research diseases like cancer and diabetes.

Representative Chip Roy of Texas, a strident conservative, will run against Representative Elise Stefanik of New York for the No. 3 House Republican … END_OF_DOCUMENT_TOKEN_TO_BE_REPLACED 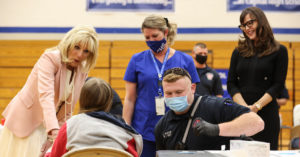 And in more dramatic corners of the capital, other lawmakers celebrated the new guidance.Senator Mitch McConnell, Republican of Kentucky and the … END_OF_DOCUMENT_TOKEN_TO_BE_REPLACED 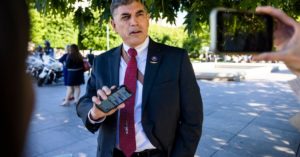 WASHINGTON — Four months after supporters of President Donald J. Trump stormed the Capitol in a deadly riot, a growing number of Republicans in … END_OF_DOCUMENT_TOKEN_TO_BE_REPLACED