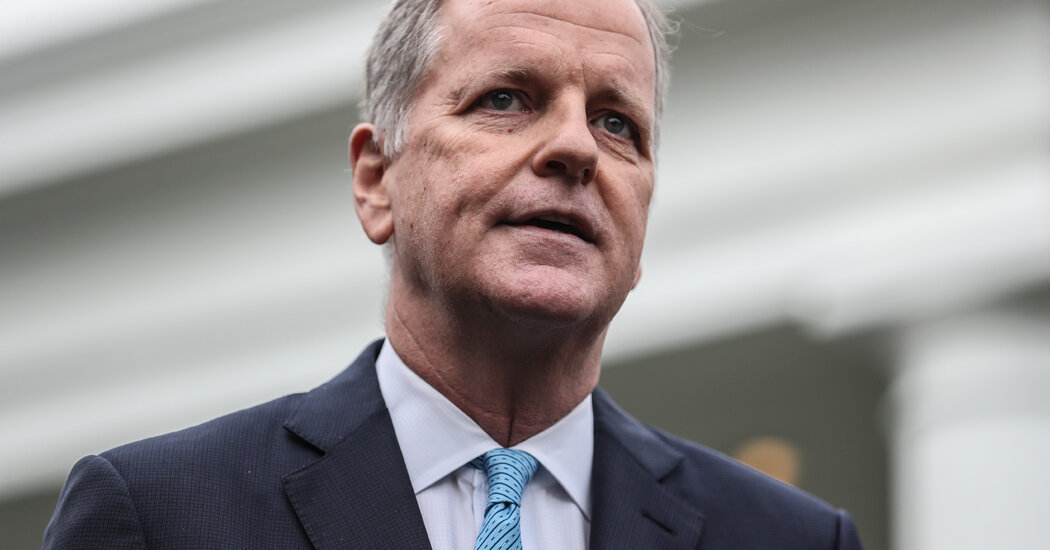 The American Airlines chief executive, Doug Parker, spoke to workers last week about his decision to publicly oppose restrictive voting legislation pending in Texas, saying that people of color feel “as though these laws are making it much harder for people like them to vote.”

Mr. Parker said in a meeting with employees that he wasn’t trying to take sides in a partisan dispute, but that for him, voting rights was “an equity issue,” according to a recording of the conversation obtained by View From the Wing, a travel industry blog.

The airline, which is based in Fort Worth, was among the first major companies to publicly oppose the voting legislation that Republicans were advancing in Texas. Just days after Georgia passed a voting law that would make it harder for some people to vote, the company came out against similar legislation pending in Texas, saying it was “strongly opposed to this bill and others like it.”

In the meeting with employees last week, Mr. Parker said he felt the company was going to have to weigh in on the issue. “I think there was virtually no chance we could stay out of it,” he said. “You have to take a stand on these things.”

He added that legislation that targets minority populations is bad for the economy, noting that when such laws pass, companies, sports leagues and entertainers sometimes take their business elsewhere.

“The more we divide ourselves, and the more divisive we become, the less likely it is that people are going to travel to states that take divisive stances, and that’s not good for us either,” Mr. Parker said.

Mr. Parker’s comments come as companies around the country are calibrating their opposition to restrictive voting laws being advanced by Republicans in almost every state. Hundreds of companies last week signed a letter opposing “discriminatory legislation.” Yet there is so far scant evidence that Republican lawmakers are reining in their efforts as a result of the corporate community’s outcry. 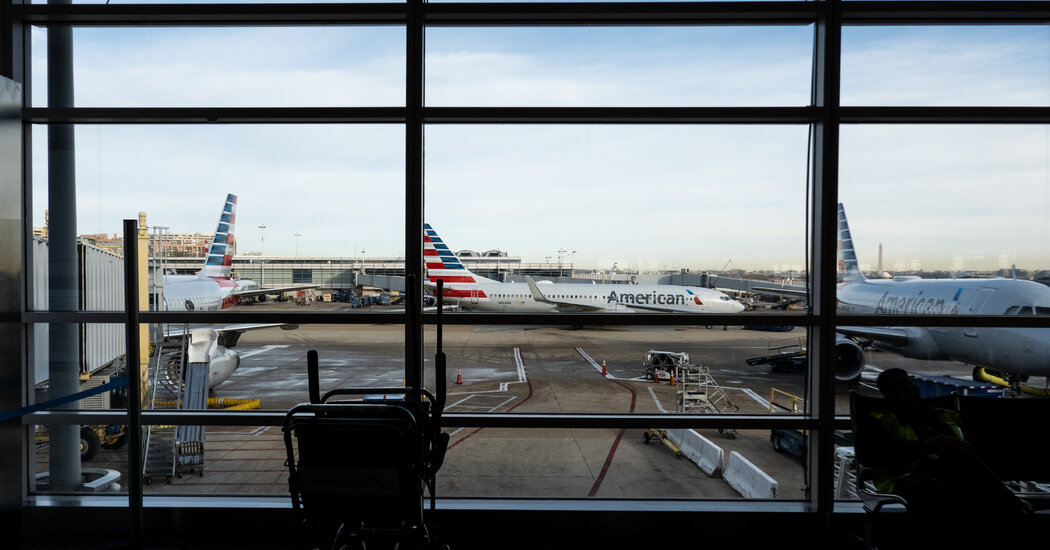 A year ago this week, Doug Parker, the chief executive of American Airlines, flew to Washington to begin what became a yearlong lobbying campaign for a series of taxpayer-funded bailouts during the pandemic.

A year later, as the stock market cruises to new heights, questions should be asked about the $50 billion in grants that were used to prop up the airline industry. Was it worth it? And was it necessary?

The good news is that the rescue money likely saved as many as 75,000 jobs, most remaining at full pay. And that money also kept the airlines from filing for bankruptcy, and in a position to ferry passengers all over the country to jump start economic growth as the health crisis subsides.

throw money at everything these days, from celebrity-backed blank-check companies with no profits to troubled video game retailers, Bitcoin and digital art. Why not airlines?

Even during the depths of the pandemic, in April last year, Carnival Cruise Line managed to raise $4 billion in debt from private investors, just as the airlines were still negotiating their first rescue deal with the government. That said, Carnival had to pay dearly for the money, with an interest rate of around 12 percent.

Airline chiefs and labor union bosses convinced Congress that the industry was different — and more indispensable. They made the case that if airlines were to fall into bankruptcy, there would be no planes ready to help revive the economy when the time came. They argued that pilots couldn’t be laid off and quickly rehired, since they need to be in flight regularly or training on simulators to be certified to fly.

Would airlines have stopped flying in bankruptcy? Nope. In previous airline bankruptcies — and there have been dozens — the companies kept operating. The government could have provided financing under that scenario, similar to the way it did when it rescued General Motors in 2009, taking a major equity stake in the company so that taxpayers could share in the upside when it recovered.

the company will issue warrants that are worth about $230 million today — a small fraction of the $4 billion that the taxpayers bequeathed the carrier’s shareholders in the first round of bailouts.

Of course, we’ll never know what would have happened to the industry had it been forced to raise money on its own.

“Congress has saved thousands of airline jobs, preserved the livelihoods of our hard-working team members and helped position the industry to play a central role in the nation’s recovery from Covid-19,” Mr. Parker and a top lieutenant at American Airlines said in a statement after the latest round of bailouts last week. “Lawmakers from both parties have backed legislation that recognizes the dedication of airline professionals and the importance of the essential work they do.”

After the banking crisis of 2008 led to bailouts, the recriminations began when firms like Goldman Sachs had a banner year in the aftermath — and paid bankers record bonuses.

Will the same thing happen to the airlines? Under the terms of their bailouts, the chief executives’ compensation this year and last was capped at about half what they received before the pandemic.

Delta has already begun to issue special payments to some other managers. It says this is to compensate them in part for extra hours worked during the pandemic. “The payment of special bonuses to management while the airline is still burning cash is premature and inappropriate,” said Chris Riggins, a spokesman for the Air Line Pilots Association, in a statement this month.

The worst for the airline industry may be over, but the debate about the appropriateness of the pandemic bailouts is just getting started.

ROSWELL, Ga.--(BUSINESS WIRE)--Berkshire Hathaway HomeServices Georgia Properties, one of the largest and most successful real estate organizations in … END_OF_DOCUMENT_TOKEN_TO_BE_REPLACED

The real estate market seems to have a split personality.On the positive side for homebuyers, the number of properties for sale shot up by a … END_OF_DOCUMENT_TOKEN_TO_BE_REPLACED

Kim Tae-Ri plays a gun-toting time traveler in 'Alienoid.' Well Go USA Director Choi Dong-hoon likes a challenge. That much is apparent in his latest … END_OF_DOCUMENT_TOKEN_TO_BE_REPLACED