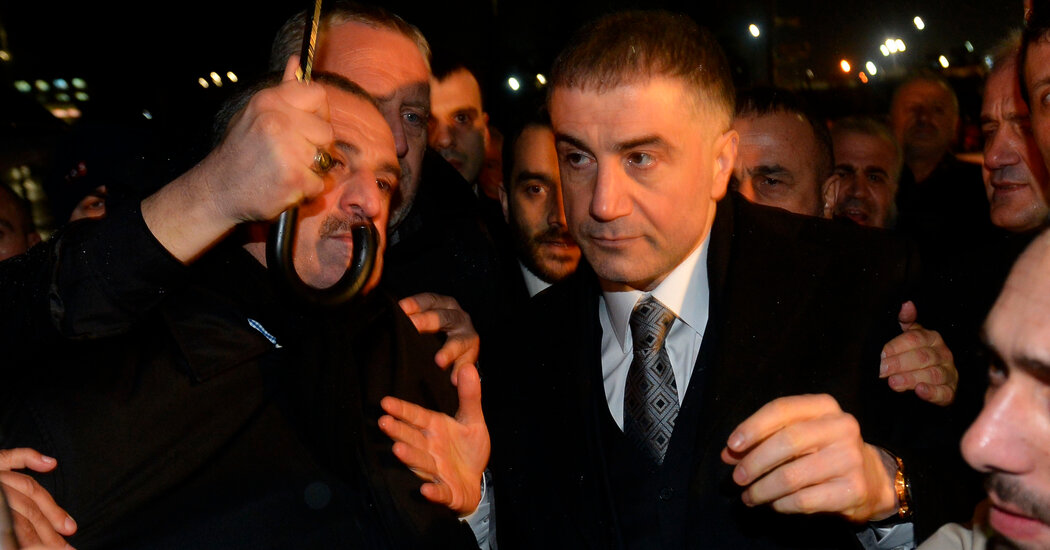 Devlet Bahceli, leader of the M.H.P., one of the right-wing nationalist groups allied with Mr. Erdogan, denied any links to the mafia in comments on Tuesday.

Mr. Peker is not the only one with allegations of dirt against the government. Mr. Erdogan’s political opponents, sensing his growing vulnerability, have sought to expose allegations of corruption or abuse of power at every turn.

But Mr. Peker, with as many as four million viewers tuning in to his rambling, hourlong videos, is by far the most trenchant and damaging.

Among the unproven accusations he has tossed out are the illegal seizure of a marina by a government insider and the subsequent use of it for drug trafficking; the death of a woman who filed a complaint of sexual assault against a well-placed A.K.P. lawmaker; and even crimes that he said he committed himself at the behest of senior officials, such as instigating the assault of a former A.K.P. lawmaker, threatening university academics who signed a peace petition, and aiding Mr. Soylu, the interior minister, in his rivalry against Mr. Albayrak, Mr. Erdogan’s son-in-law.

Many of the allegations were directed against the former interior minister, Mr. Agar, and his son, who have both rejected the claims as baseless. The police have said that the woman who filed the sexual assault case had died in a suicide.

In an interview with the Turkish daily Cumhuriyet, Fikri Saglar, a former lawmaker, said, “We can call this the second Susurluk incident.” Mr. Saglar was a member of the parliamentary committee that investigated the 1990s scandal.

“It may be more serious,” he added. “Susurluk was like the foundations of exposing relations between politicians-mafia-the state, now traces of what this establishment has been doing are revealed.”

KOROPY, Ukraine — Four men tugged at long strips of fabric to lift a coffin out of the gaping hole in the backyard of a small house. They flung the … END_OF_DOCUMENT_TOKEN_TO_BE_REPLACED

The lawsuits argue that state constitutions offer more protection for abortion than the federal constitution, either by quirk of state tradition or … END_OF_DOCUMENT_TOKEN_TO_BE_REPLACED