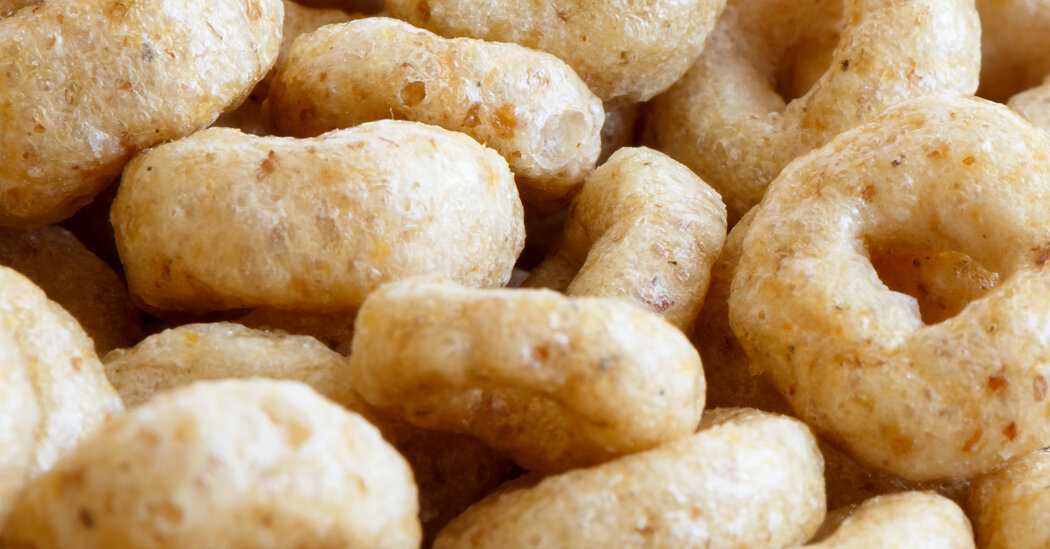 Procter & Gamble is raising prices on items like Pampers and Tampax in September. Kimberly-Clark said in March that it will raise prices on Scott toilet paper, Huggies and Pull-Ups in June, a move that is “necessary to help offset significant commodity cost inflation.”

And General Mills, which makes cereal brands including Cheerios, is facing increased supply-chain and freight costs “in this higher-demand environment,” the company’s chief financial officer, Kofi Bruce, said on a call with analysts.

These price increases reflect what some economists are calling a major shift in the way companies have responded to demand during the pandemic.

Before the virus hit, retailers often absorbed the cost when suppliers raised prices on goods, because stiff competition forced retailers to keep prices stable. The pandemic changed that.

It created chaos and confusion in global shipping markets, leading to shortages and price increases that have cascaded from factories to ports to stores to consumers. When the pandemic hit, Americans’ shopping habits shifted rapidly — with people spending money on treadmills and office furniture instead of going out to eat in restaurants and seeing movies at theaters.

This, in turn, put enormous pressure on factories in China to produce these goods and ship them across the Pacific in containers. But the demand for shipping outstripped the availability of containers in Asia, yielding shortages that resulted in higher shipping costs.

The Consumer Price Index, the measure of the average change in the prices paid by U.S. shoppers for consumer goods, increased 0.6 percent in March, the largest rise since August 2012, according to the Bureau of Labor Statistics.

In the beginning of the Covid-19 crisis, companies were focused on responding to the surge brought on by panic buying, with people stocking up on items like toilet paper, cleaning supplies, canned food and masks, said Greg Portell, a partner at Kearney, a consulting firm. The government was watching for price gouging, and customers were wary of being taken advantage of.

“When the pandemic first struck paper, toilet paper was like gold,” Mr. Portell said. “The optics of trying to take a price increase during that time just weren’t going to be good.”

Thus, despite the spike in demand, companies weren’t in a position to balance out the price-and-cost equation. Now that the economy is beginning to stabilize, companies are starting to make different economic calculations, rebalancing pricing so that it better fits their profit expectations and takes into account inflation, which will drive up prices.

“This isn’t an opportunistic profit-taking by companies,” Mr. Portell said. “This is a reset of the market.”

The government’s pumping of money into the economy through recent stimulus packages has also given retailers more room to raise prices. People who have received unemployment benefits or stimulus checks are able to spend that money on consumer goods like toilet paper and diapers.

Many of those who have kept their jobs during the pandemic also have been able to increase their savings. That means they have disposable income to spend on more expensive items like printers or desks for working at home, or on luxuries like televisions, hot tubs or kitchen remodels.

“Right now, demand is fiscally stimulated and very strong,” said Gregory Daco, chief U.S. economist for the firm Oxford Economics. “So even if you raise your prices, you’re not necessarily going to lose market share, because most other producers are doing the same thing and because people have the means to buy.”

It’s likely that retailers, from big-box stores to grocery stores, will pass on the majority of the increased costs from suppliers to consumers.

“Consumption is likely very strong the next couple of quarters, which will give companies a bit more pricing power to pass through some of those cost increases, which otherwise they might have had to absorb in their margins,” said Tim Drayson, head of economics at Legal and General Investment Management, an asset management firm.

However, businesses will still have to keep price increases reasonable and in line with competition.

“Businesses will tend to pass on what the consumer can stomach,” said John Ruth, chief executive of Build Asset Management, an investment advisory firm. “You’ll notice some price increases, but your hamburger isn’t going to double in your local favorite drive-through.”

Price increases for necessities like toilet paper and diapers will affect low-income Americans most profoundly, placing an additional burden on those already hard hit by the pandemic.

Whether the increased prices will stick, or eventually come down, is a topic of debate among economists. Some predict that prices will normalize within one to two years, as the economy continues to gain steam, the job market improves and those who lost jobs during the pandemic increasingly return to work.

“People are not going to buy used cars, or even new cars, forever,” Mr. Daco said. “At some point, demand will be saturated, and that will be the start of an environment of reduced price.” 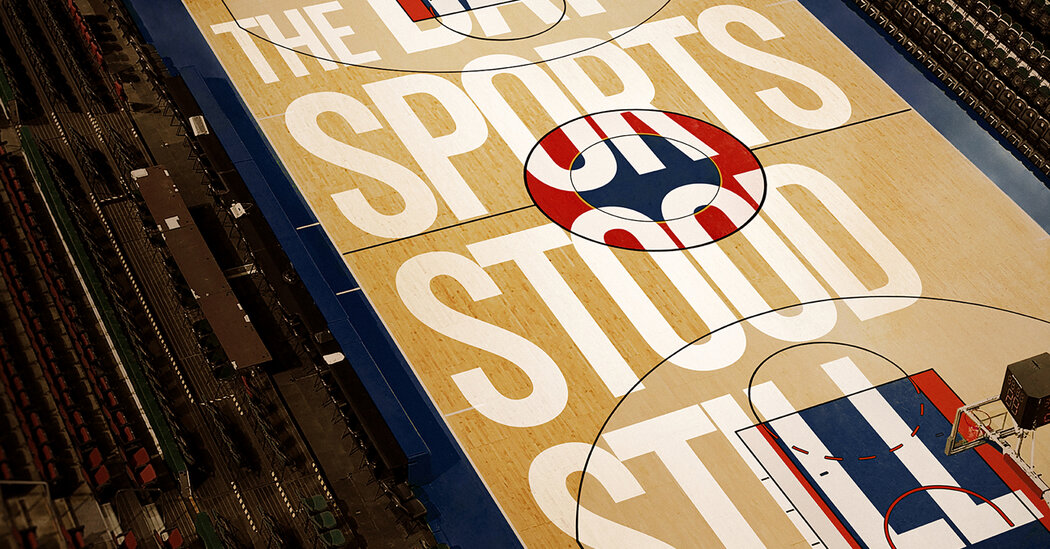 When the N.B.A. shut down its season last year because of the pandemic, one of the first phone calls Chris Paul made was to the Hollywood producer Brian Grazer. Mr. Paul, then a point guard with the Oklahoma Thunder, knew he wanted to chronicle what was going on, and he wanted Mr. Grazer’s help.

“The idea was, basically, film everything that had taken place in that game that night and what was going to come of it,” Mr. Paul said. “We had no clue what would happen next.”

The result was “The Day Sports Stood Still,” a documentary about the shutdown, the N.B.A.’s pandemic bubble and the impact of the Black Lives Matter movement on the league. (Mr. Paul appears in the film and is an executive producer.) It is a portrait of the ways the pandemic convulsed the sports world, but also an example of how Covid-19 has upended the entertainment industry.

In the past decade, branded filmmaking has only proliferated.

Patagonia funded a feature-length documentary about dams, called “DamNation,” in 2014. Pepsi backed the 2018 movie “Uncle Drew,” which showcased the basketball star Kyrie Irving recreating his septuagenarian character from a popular series of Pepsi Max commercials. The film made $42 million and marked one of the first branded entertainment campaigns to be adapted into a major motion picture. “Gay Chorus Deep South,” a documentary produced by Airbnb, debuted on the festival circuit in 2019. And Apple’s acclaimed “Ted Lasso” began its life as an NBC Sports promotion for its acquisition of the broadcast rights to the English Premier League.

Imagine Entertainment, the production company founded by Mr. Grazer and Ron Howard in 1985, formed Imagine Brands in 2018 to pair companies with filmmakers, hiring Mr. Wilkes and Marc Gilbar, the creator of the “Uncle Drew” Pepsi campaign and an executive producer on the film, to run the group. The division has produced both feature-length documentaries and narrative films with their partners, which have included Unilever, Walmart and Ford.

Imagine is also working with the consumer goods giant Procter & Gamble. The company, which effectively created soap operas when it began to sponsor serial radio dramas in the 1930s to help promote its soap products, is cofinancing a feature-length film with Imagine called “Mars 2080.” It will be directed by Eliza McNitt and begin production later this year. The film, which is scheduled to be released theatrically by IMAX in 2022 before moving to a streaming service, focuses on a family resettling on Mars.

It grew out of a breakfast in New York in 2019, where Mr. Wilkes, Mr. Howard and Marc Pritchard, Procter & Gamble’s chief brand officer, discussed technology in the pipeline. The Imagine team later toured Procter & Gamble’s research labs in Cincinnati, seeing examples of its “home of the future” products and meeting its scientists.

Kimberly Doebereiner, the vice president of Procter & Gamble’s future of advertising division, said the company hoped to do more long-form storytelling, like “The Cost of Winning,” the four-part sports documentary its shaving brand Gillette produced. It debuted on HBO in November.

“We want to be more interesting so consumers are leaning into our experiences and we’re creating content that they want to see as opposed to messages that are annoying to them,” she said. “Finding a way to have content that is in places where ads don’t exist is definitely one of the reasons why we’re leaning into this.”

It’s all part of a deliberate shift by brands to try to integrate themselves more fully into consumers’ lives, the way companies like Apple and Amazon have, said Dipanjan Chatterjee, an analyst with Forrester. And they want to do so without commercials, which, he said, have “zero credibility” with consumers.

“If the right story has the right ingredients and it becomes worthwhile for sharing, it doesn’t come across as an intrusive bit of advertising,” Mr. Chatterjee said. “It feels much more like a natural part of our lives.”

Alessandro Uzielli, the head of Ford Motor Company’s global brand and entertainment division, first met with Imagine Brands in early 2018. He was looking for a way to augment Ford’s advertising campaign for its relaunched Bronco with a piece of entertainment that would reach a younger audience. The result was “John Bronco,” a 37-minute long mockumentary directed by Jake Szymanski (“Mike and Dave Need Wedding Dates”) and starring Walton Goggins (“Justified”) as the greatest fictional pitchman of all time.

The short film earned a slot in the Tribeca Film Festival and is now streaming on Hulu. In addition to featuring guest spots from Tim Meadows, Kareem Abdul-Jabbar and Bo Derek, it helped reintroduce the Bronco, a sport utility vehicle that the automaker pulled in the mid-1990s.

“This helped us speak to an audience that we probably weren’t going to speak to on our own,” Mr. Uzielli said.

“It was Imagine’s project, and we didn’t want to cloud their process, to try to make it feel like too much of a sales job,” he added.

Mr. Szymanski, who has directed both feature films and commercials, including ads for the Dodge Durango starring Will Ferrell’s “Anchorman” character Ron Burgundy, said Ford allowed him a great deal of creative freedom. “I think they could have tried to impose a much larger shadow on it than they did,” he said.

Now, Imagine, Mr. Szymanski and Mr. Goggins are trying to turn John Bronco into the next Ted Lasso — an effort in the early stages of development.

“It’s kind of a win-win,” Mr. Szymanski said of a possible television series based on Mr. Goggins’ character. “I don’t think Ford would have any creative control over it but to have a character named John Bronco in the world, that would be a good thing for them.”

Dr. Rochelle Walensky, director of the Centers for Disease Control and Prevention, testifies during the Senate Health, Education, Labor and Pensions … END_OF_DOCUMENT_TOKEN_TO_BE_REPLACED

Living in a unique, historic building is something plenty of people would love to do in San Francisco. But they may draw the line at residing in an … END_OF_DOCUMENT_TOKEN_TO_BE_REPLACED