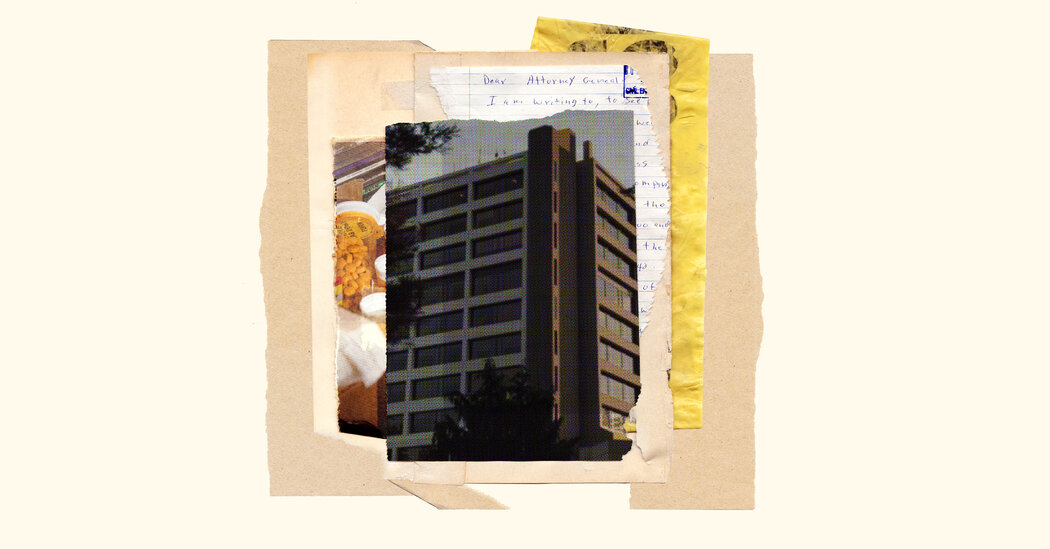 In 2018, senior executives at one of the country’s largest nonprofit hospital chains, Providence, were frustrated. They were spending hundreds of millions of dollars providing free health care to patients. It was eating into their bottom line.

The executives, led by Providence’s chief financial officer at the time, devised a solution: a program called Rev-Up.

Rev-Up provided Providence’s employees with a detailed playbook for wringing money out of patients — even those who were supposed to receive free care because of their low incomes, a New York Times investigation found.

nonprofits like Providence. They enjoy lucrative tax exemptions; Providence avoids more than $1 billion a year in taxes. In exchange, the Internal Revenue Service requires them to provide services, such as free care for the poor, that benefit the communities in which they operate.

But in recent decades, many of the hospitals have become virtually indistinguishable from for-profit companies, adopting an unrelenting focus on the bottom line and straying from their traditional charitable missions.

focused on investments in rich communities at the expense of poorer ones.

And, as Providence illustrates, some hospital systems have not only reduced their emphasis on providing free care to the poor but also developed elaborate systems to convert needy patients into sources of revenue. The result, in the case of Providence, is that thousands of poor patients were saddled with debts that they never should have owed, The Times found.

provide. That was below the average of 2 percent for nonprofit hospitals nationwide, according to an analysis of hospital financial records by Ge Bai, a professor at the Johns Hopkins Bloomberg School of Public Health.

Ten states, however, have adopted their own laws that specify which patients, based on their income and family size, qualify for free or discounted care. Among them is Washington, where Providence is based. All hospitals in the state must provide free care for anyone who makes under 300 percent of the federal poverty level. For a family of four, that threshold is $83,250 a year.

In February, Bob Ferguson, the state’s attorney general, accused Providence of violating state law, in part by using debt collectors to pursue more than 55,000 patient accounts. The suit alleged that Providence wrongly claimed those patients owed a total of more than $73 million.

Providence, which is fighting the lawsuit, has said it will stop using debt collectors to pursue money from low-income patients who should qualify for free care in Washington.

But The Times found that the problems extend beyond Washington. In interviews, patients in California and Oregon who qualified for free care said they had been charged thousands of dollars and then harassed by collection agents. Many saw their credit scores ruined. Others had to cut back on groceries to pay what Providence claimed they owed. In both states, nonprofit hospitals are required by law to provide low-income patients with free or discounted care.

“I felt a little betrayed,” said Bev Kolpin, 57, who had worked as a sonogram technician at a Providence hospital in Oregon. Then she went on unpaid leave to have surgery to remove a cyst. The hospital billed her $8,000 even though she was eligible for discounted care, she said. “I had worked for them and given them so much, and they didn’t give me anything.” (The hospital forgave her debt only after a lawyer contacted Providence on Ms. Kolpin’s behalf.)

was a single room with four beds. The hospital charged patients $1 a day, not including extras like whiskey.

At the time, hospitals in the United States were set up to do what Providence did — provide inexpensive care to the poor. Wealthier people usually hired doctors to treat them at home.

Some hospital executives have embraced the comparison to for-profit companies. Dr. Rod Hochman, Providence’s chief executive, told an industry publication in 2021 that “‘nonprofit health care’ is a misnomer.”

“It is tax-exempt health care,” he said. “It still makes profits.”

Those profits, he added, support the hospital’s mission. “Every dollar we make is going to go right back into Seattle, Portland, Los Angeles, Alaska and Montana.”

Since Dr. Hochman took over in 2013, Providence has become a financial powerhouse. Last year, it earned $1.2 billion in profits through investments. (So far this year, Providence has lost money.)

Providence also owes some of its wealth to its nonprofit status. In 2019, the latest year available, Providence received roughly $1.2 billion in federal, state and local tax breaks, according to the Lown Institute, a think tank that studies health care.

a speech by the Rev. Dr. Martin Luther King Jr.: “If it falls your lot to be a street sweeper, sweep streets like Michelangelo painted pictures.”

Ms. Tizon, the spokeswoman for Providence, said the intent of Rev-Up was “not to target or pressure those in financial distress.” Instead, she said, “it aimed to provide patients with greater pricing transparency.”

“We recognize the tone of the training materials developed by McKinsey was not consistent with our values,” she said, adding that Providence modified the materials “to ensure we are communicating with each patient with compassion and respect.”

But employees who were responsible for collecting money from patients said the aggressive tactics went beyond the scripts provided by McKinsey. In some Providence collection departments, wall-mounted charts shaped like oversize thermometers tracked employees’ progress toward hitting their monthly collection goals, the current and former Providence employees said.

On Halloween at one of Providence’s hospitals, an employee dressed up as a wrestler named Rev-Up Ricky, according to the Washington lawsuit. Another costume featured a giant cardboard dollar sign with “How” printed on top of it, referring to the way the staff was supposed to ask patients how, not whether, they would pay. Ms. Tizon said such costumes were “not the culture we strive for.”

Providence sent his account to Harris & Harris, a debt collection company. Mr. Aguirre said that Harris & Harris employees had called him repeatedly for weeks and that the ordeal made him wary of going to Providence again.

“I try my best not to go to their emergency room even though my daughters have gotten sick, and I got sick,” Mr. Aguirre said, noting that one of his daughters needed a biopsy and that he had trouble breathing when he had Covid. “I have this big fear in me.”

That is the outcome that hospitals like Providence may be hoping for, said Dean A. Zerbe, who investigated nonprofit hospitals when he worked for the Senate Finance Committee under Senator Charles E. Grassley, Republican of Iowa.

The Everett Daily Herald, Providence forgave her bill and refunded the payments she had made.

In June, she got another letter from Providence. This one asked her to donate money to the hospital: “No gift is too small to make a meaningful impact.”

In 2019, Vanessa Weller, a single mother who is a manager at a Wendy’s restaurant in Anchorage, went to Providence Alaska Medical Center, the state’s largest hospital.

She was 24 weeks pregnant and experiencing severe abdominal pains. “Let this just be cramps,” she recalled telling herself.

Ms. Weller was in labor. She gave birth via cesarean section to a boy who weighed barely a pound. She named him Isaiah. As she was lying in bed, pain radiating across her abdomen, she said, a hospital employee asked how she would like to pay. She replied that she had applied for Medicaid, which she hoped would cover the bill.

After five days in the hospital, Isaiah died.

Then Ms. Weller got caught up in Providence’s new, revenue-boosting policies.

The phone calls began about a month after she left the hospital. Ms. Weller remembers panicking when Providence employees told her what she owed: $125,000, or about four times her annual salary.

She said she had repeatedly told Providence that she was already stretched thin as a single mother with a toddler. Providence’s representatives asked if she could pay half the amount. On later calls, she said, she was offered a payment plan.

Later that year, a Providence executive questioned why Ms. Weller had a balance, given her low income, according to emails disclosed in Washington’s litigation with Providence. A colleague replied that her debts previously would have been forgiven but that Providence’s new policy meant that “balances after Medicaid are being excluded from presumptive charity process.”

Ms. Weller said she had to change her phone number to make the calls stop. Her credit score plummeted from a decent 650 to a lousy 400. She has not paid any of her bill.

AUSTIN, Texas--(BUSINESS WIRE)--As the first multifamily management company to be recognized in the Public Relations and Marketing Excellence Awards, … END_OF_DOCUMENT_TOKEN_TO_BE_REPLACED

There have been whispers of cooling housing and rental prices in the San Francisco Bay Area, but that hasn't yet translated into practical, noticeable … END_OF_DOCUMENT_TOKEN_TO_BE_REPLACED

Cars pass in Independence Square at twilight in Kyiv, Ukraine, Monday, Oct. 31, 2022. Rolling ... [+] blackouts are increasing across Ukraine as the … END_OF_DOCUMENT_TOKEN_TO_BE_REPLACED