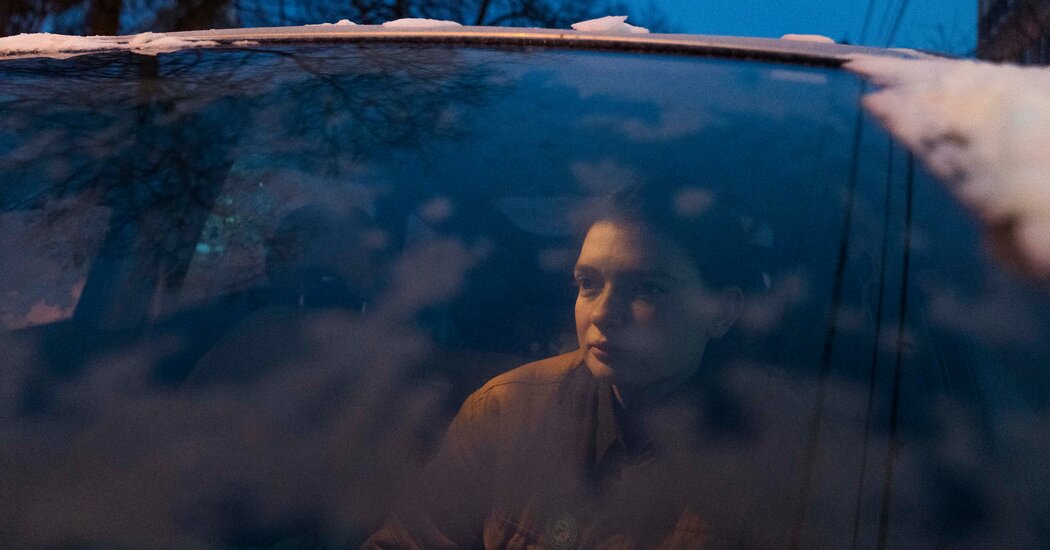 Most weekend mornings, Jaz Brisack gets up around 5, wills her semiconscious body into a Toyota Prius and winds her way through Buffalo, to the Starbucks on Elmwood Avenue. After a supervisor unlocks the door, she clocks in, checks herself for Covid symptoms and helps get the store ready for customers.

“I’m almost always on bar if I open,” said Ms. Brisack, who has a thrift-store aesthetic and long reddish-brown hair that she parts down the middle. “I like steaming milk, pouring lattes.”

The Starbucks door is not the only one that has been opened for her. As a University of Mississippi senior in 2018, Ms. Brisack was one of 32 Americans who won Rhodes scholarships, which fund study in Oxford, England.

in public support for unions, which last year reached its highest point since the mid-1960s, and a growing consensus among center-left experts that rising union membership could move millions of workers into the middle class.

white-collar workers has coincided with a broader enthusiasm for the labor movement.

In talking with Ms. Brisack and her fellow Rhodes scholars, it became clear that the change had even reached that rarefied group. The American Rhodes scholars I encountered from a generation earlier typically said that, while at Oxford, they had been middle-of-the-road types who believed in a modest role for government. They did not spend much time thinking about unions as students, and what they did think was likely to be skeptical.

“I was a child of the 1980s and 1990s, steeped in the centrist politics of the era,” wrote Jake Sullivan, a 1998 Rhodes scholar who is President Biden’s national security adviser and was a top aide to Hillary Clinton.

By contrast, many of Ms. Brisack’s Rhodes classmates express reservations about the market-oriented policies of the ’80s and ’90s and strong support for unions. Several told me that they were enthusiastic about Senators Bernie Sanders and Elizabeth Warren, who made reviving the labor movement a priority of their 2020 presidential campaigns.

Read More on Organized Labor in the U.S.

Even more so than other indicators, such a shift could foretell a comeback for unions, whose membership in the United States stands at its lowest percentage in roughly a century. That’s because the kinds of people who win prestigious scholarships are the kinds who later hold positions of power — who make decisions about whether to fight unions or negotiate with them, about whether the law should make it easier or harder for workers to organize.

As the recent union campaigns at companies like Starbucks, Amazon and Apple show, the terms of the fight are still largely set by corporate leaders. If these people are increasingly sympathetic to labor, then some of the key obstacles to unions may be dissolving.

suggested in April. The company has identified Ms. Brisack as one of these interlopers, noting that she draws a salary from Workers United. (Mr. Bonadonna said she was the only Starbucks employee on the union’s payroll.)

point out flaws — understaffing, insufficient training, low seniority pay, all of which they want to improve — they embrace Starbucks and its distinctive culture.

They talk up their sense of camaraderie and community — many count regular customers among their friends — and delight in their coffee expertise. On mornings when Ms. Brisack’s store isn’t busy, employees often hold tastings.

A Starbucks spokesman said that Mr. Schultz believes employees don’t need a union if they have faith in him and his motives, and the company has said that seniority-based pay increases will take effect this summer.

onetime auto plant. The National Labor Relations Board was counting ballots for an election at a Starbucks in Mesa, Ariz. — the first real test of whether the campaign was taking root nationally, and not just in a union stronghold like New York. The room was tense as the first results trickled in.

“Can you feel my heart beating?” Ms. Moore asked her colleagues.

win in a rout — the final count was 25 to 3. Everyone turned slightly punchy, as if they had all suddenly entered a dream world where unions were far more popular than they had ever imagined. One of the lawyers let out an expletive before musing, “Whoever organized down there …”

union campaign he was involved with at a nearby Nissan plant. It did not go well. The union accused the company of running a racially divisive campaign, and Ms. Brisack was disillusioned by the loss.

“Nissan never paid a consequence for what it did,” she said. (In response to charges of “scare tactics,” the company said at the time that it had sought to provide information to workers and clear up misperceptions.)

Mr. Dolan noticed that she was becoming jaded about mainstream politics. “There were times between her sophomore and junior year when I’d steer her toward something and she’d say, ‘Oh, they’re way too conservative.’ I’d send her a New York Times article and she’d say, ‘Neoliberalism is dead.’”

In England, where she arrived during the fall of 2019 at age 22, Ms. Brisack was a regular at a “solidarity” film club that screened movies about labor struggles worldwide, and wore a sweatshirt that featured a head shot of Karl Marx. She liberally reinterpreted the term “black tie” at an annual Rhodes dinner, wearing a black dress-coat over a black antifa T-shirt.

climate technology start-up, lamented that workers had too little leverage. “Labor unions may be the most effective way of implementing change going forward for a lot of people, including myself,” he told me. “I might find myself in labor organizing work.”

This is not what talking to Rhodes scholars used to sound like. At least not in my experience.

I was a Rhodes scholar in 1998, when centrist politicians like Bill Clinton and Tony Blair were ascendant, and before “neoliberalism” became such a dirty word. Though we were dimly aware of a time, decades earlier, when radicalism and pro-labor views were more common among American elites — and when, not coincidentally, the U.S. labor movement was much more powerful — those views were far less in evidence by the time I got to Oxford.

Some of my classmates were interested in issues like race and poverty, as they reminded me in interviews for this article. A few had nuanced views of labor — they had worked a blue-collar job, or had parents who belonged to a union, or had studied their Marx. Still, most of my classmates would have regarded people who talked at length about unions and class the way they would have regarded religious fundamentalists: probably earnest but slightly preachy, and clearly stuck in the past.

Kris Abrams, one of the few U.S. Rhodes Scholars in our cohort who thought a lot about the working class and labor organizing, told me recently that she felt isolated at Oxford, at least among other Americans. “Honestly, I didn’t feel like there was much room for discussion,” Ms. Abrams said.

typically minor and long in coming.

has issued complaints finding merit in such accusations. Yet the union continues to win elections — over 80 percent of the more than 175 votes in which the board has declared a winner. (Starbucks denies that it has broken the law, and a federal judge recently rejected a request to reinstate pro-union workers whom the labor board said Starbucks had forced out illegally.)

Twitter was: “We appreciate TIME magazine’s coverage of our union campaign. TIME should make sure they’re giving the same union rights and protections that we’re fighting for to the amazing journalists, photographers, and staff who make this coverage possible!”

The tweet reminded me of a story that Mr. Dolan, her scholarship adviser, had told about a reception that the University of Mississippi held in her honor in 2018. Ms. Brisack had just won a Truman scholarship, another prestigious award. She took the opportunity to urge the university’s chancellor to remove a Confederate monument from campus. The chancellor looked pained, according to several attendees.

“My boss was like, ‘Wow, you couldn’t have talked her out of doing that?’” Mr. Dolan said. “I was like, ‘That’s what made her win. If she wasn’t that person, you all wouldn’t have a Truman now.’”

She recently spoke at an Aspen Institute panel on workers’ rights. She has even mused about using her Rhodes connections to make a personal appeal to Mr. Schultz, something that Mr. Bensinger has pooh-poohed but that other organizers believe she just may pull off.

“Richard has been making fun of me for thinking of asking one of the Rhodes people to broker a meeting with Howard Schultz,” Ms. Brisack said in February.

GREENVILLE, N.C.--(BUSINESS WIRE)--Employers aiming to win the war on talent have a new “A” team to tap into: college and professional athletes. … END_OF_DOCUMENT_TOKEN_TO_BE_REPLACED

Mortgage rates are likely to rise in July, extending a seven-month streak. High inflation, and the Federal Reserve's efforts to control it, have … END_OF_DOCUMENT_TOKEN_TO_BE_REPLACED