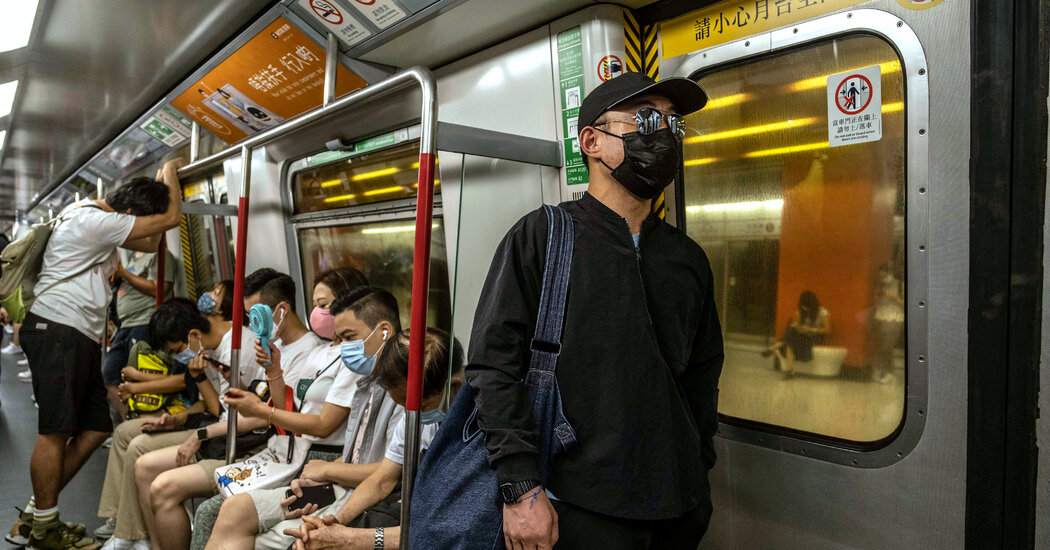 LONDON — Nazanin Zaghari-Ratcliffe, a British-Iranian woman who has been detained in Tehran since 2016, was scheduled to be released on Sunday after five years in a case that has deepened a diplomatic rift between Britain and Iran and drawn international condemnation.

What exactly will happen, however, remains uncertain, as has been the case during much of her time in custody, a period filled with raised expectations and dashed hopes for her family and supporters.

As of Sunday morning, her husband said there was no sign that she would be allowed to return to London despite the official end of her sentence. Ms. Zaghari-Ratcliffe, who was convicted of plotting to overthrow Iran’s government, is still under house arrest in Tehran, still without her passport and still without answers on when the ordeal will end.

“It is, in my view, clearly a game of chess. She’s the pawn,” her husband, Richard Ratcliffe, said in an interview last week. “And it’s not the beginning of that game.”

an attempt to win her freedom, and her transfer from prison to house arrest last March as the coronavirus pandemic swept Iran raised hopes that she would be granted clemency and be able to return to Britain.

Instead, she has remained under detention in her parents’ home and is required to wear an electronic ankle bracelet. In September, Iran filed new charges against her and scheduled a new trial, although that was eventually halted.

Sunday came with little sign of any change in her status. For her to return to Britain, the authorities must remove her ankle bracelet, return her passport and give her permission to leave.

Her husband had hoped she might be on a plane by Monday, but that possibility looked increasingly slim. “She’d been counting down to this date for 18 months,” Mr. Ratcliffe said, crossing days off a calendar in her family home. “There is something deeply unsettling about going through that threshold, because if this can happen, anything could.”

a wait-and-see approach by British officials over his wife’s status, but he said he was more hopeful after meeting with the foreign secretary, Dominic Raab, last week.

A spokesman for the British Foreign Office said in a statement that Mr. Raab and the office remained “in close contact with Zaghari-Ratcliffe and her family, and continue to provide our support.” It criticized her detention “as diplomatic leverage.”

“We continue to do everything we can to secure the release of arbitrarily detained dual British nationals so that they can be reunited with their loved ones,” the statement read.

Kate Allen, the director of Amnesty International U.K., said in a statement last week that Ms. Zaghari-Ratcliffe had “suffered a lot during this lengthy ordeal.”

“We’ve always said Nazanin should never have been jailed in the first place,” Ms. Allen said, calling on the Iranian authorities to “confirm as soon as possible that preparations are actually underway to facilitate Nazanin’s release.”

But for now, she and her family are in a holding pattern.

“It’s perpetual ambiguity,” Mr. Ratcliffe said. “You have this long, maybe she’ll be home, maybe it’ll get worse, maybe it will stay the same for year.”

If you’ve ever dreamed of a quiet life on a boat in Alaska, this new waterfront listing can help you realize that vision.Of course, there's always … END_OF_DOCUMENT_TOKEN_TO_BE_REPLACED