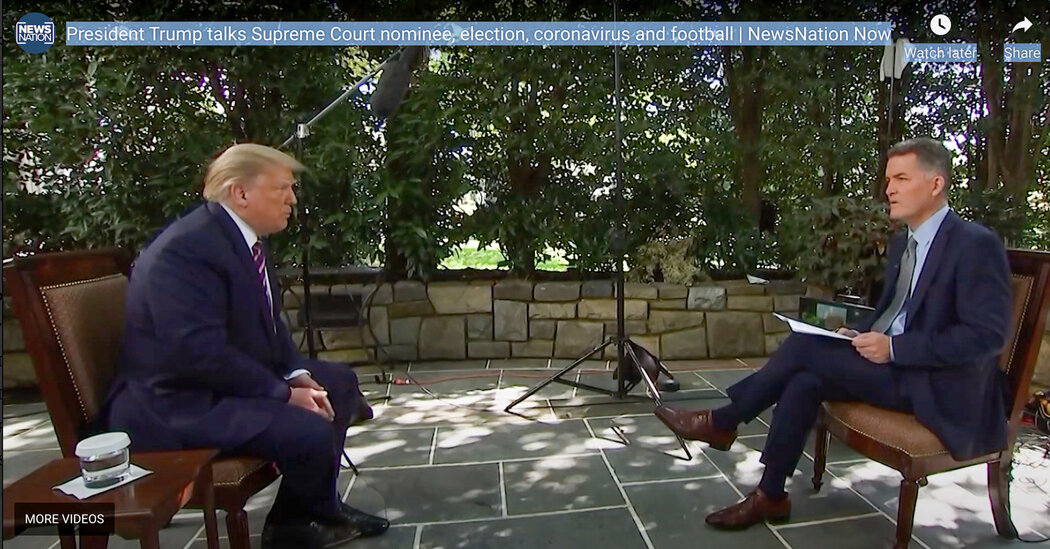 On Sept. 1, the day of the “NewsNation” premiere, Mr. Trump tweeted: “Good luck to Sean Compton, a winner at everything he does.” That night, the show drew an audience of 130,000 viewers, according to Nielsen. Since then the ratings have steadily dropped. Episodes in the week of Feb. 8 had an average audience of 58,000, and fell to 37,000 on March 1.

The show had the in-house code name “Project Neutral” during its planning phase. To lead the newsroom, Mr. Compton hired Jennifer Lyons and Sandy Pudar, two well-regarded veterans of the Chicago station WGN-TV.

An early warning sign for many people at the show came Sept. 22, when it broadcast a one-on-one interview with President Trump, an interview conducted just outside the White House by a “NewsNation” anchor, Joe Donlon. Mr. Compton had helped arrange the interview, as “NewsNation” noted on its website, and he accompanied the anchor to the White House.

Four “NewsNation” staff members said that, in their view, Mr. Donlon had not sufficiently challenged Mr. Trump’s false claims. And some of the anchor’s questions — he asked the president to describe his biggest accomplishment and what he enjoyed about his rallies — struck them as soft, they said. Steve Johnson, The Chicago Tribune’s TV critic, agreed, slamming Mr. Donlon’s performance in a review that called the segment “a 15-minute prime-time opportunity for the president to repeat campaign talking points without having to answer on matters of fact or logic.”

Ms. Pudar, the news director, resigned abruptly on Feb. 2. The next day, FTV Live, a cable industry website, broke the news of Mr. Shine’s involvement in “NewsNation,” further inflaming the staff, according to six people at the show.

Mr. Shine is a onetime lieutenant to Roger E. Ailes, the network’s late chairman, who was ousted in 2016 after facing accusations of sexual harassment. Mr. Shine himself was pushed out of Fox News in 2017, after he was accused in lawsuits of enabling Mr. Ailes’s behavior. The next year he joined the Trump administration as its communications head. He did not respond to requests for comment.

On Feb. 5, Mr. Compton led a meeting of key “NewsNation” staff members, about 40 people in all, according to the six people. He offered his view of the show during the meeting, saying it offered “friendly, vanilla news,” an approach, he added, that was “not working,” according to two people with knowledge of the meeting. Asked about Mr. Shine, Mr. Compton said he was “just a consultant” and urged the staff to keep an open mind about him. 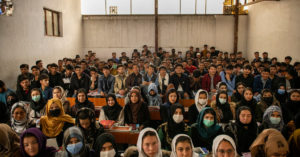 KABUL, Afghanistan — A female high school student in Kabul, Afghanistan’s war-scarred capital, is worried that she won’t be allowed to graduate. A … END_OF_DOCUMENT_TOKEN_TO_BE_REPLACED

As the weather warms up and the first flowers bloom, home buyers start perking up, too. Spring is traditionally the start of the busiest home-buying … END_OF_DOCUMENT_TOKEN_TO_BE_REPLACED

The apparent problem with Johnson & Johnson’s Covid-19 vaccine is both serious and rare, which makes it a thorny issue for policymakers to address … END_OF_DOCUMENT_TOKEN_TO_BE_REPLACED