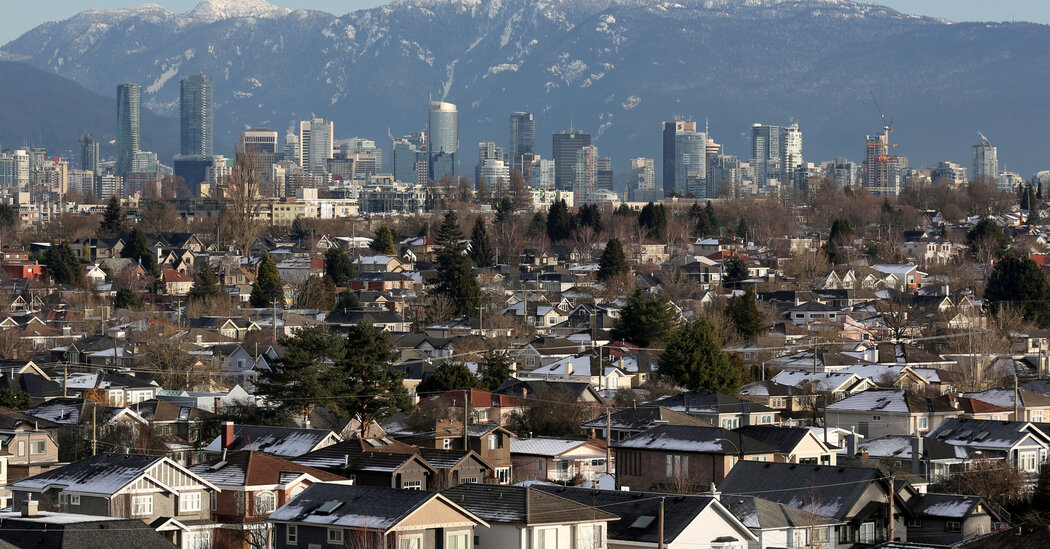 This week began with an unusual apology. Evan Siddall, the president and chief executive of the Canada Mortgage and Housing Corporation, took to Twitter to acknowledge that the federal agency had erred last year when it forecast that the pandemic-induced economic collapse might cause house prices to fall by as much as 18 percent.

reaching 1.6 million Canadian dollars. In the Toronto area, the average selling price for detached homes rose by 23.1 percent over the same time period, and a composite price that includes all kinds of housing topped 1 million dollars.

A sellers’ market prevails in many parts of the country, even at a time of economic distress for many. After my mother died earlier this year, I was surprised to learn that bidding wars, something I associated with Toronto and Vancouver, were now common in my hometown, Windsor, Ontario, for sales of even relatively modest houses like hers. In my neighborhood in Ottawa, a city that posted a record number of house sales last month, little time elapses before “for sale” signs are plastered with “sold” stickers.

the market soared instead of floundering.

save all 32 crew members aboard a scallop trawler from Nova Scotia that ultimately sank after a fire.

Asbestos in the home can be downright scary. This extremely dangerous material has been linked to all kinds of health problems, including … END_OF_DOCUMENT_TOKEN_TO_BE_REPLACED

ATLANTA — Before the three men convicted of murdering Ahmaud Arbery were sentenced on Monday on federal hate crime charges, they asked a judge to … END_OF_DOCUMENT_TOKEN_TO_BE_REPLACED