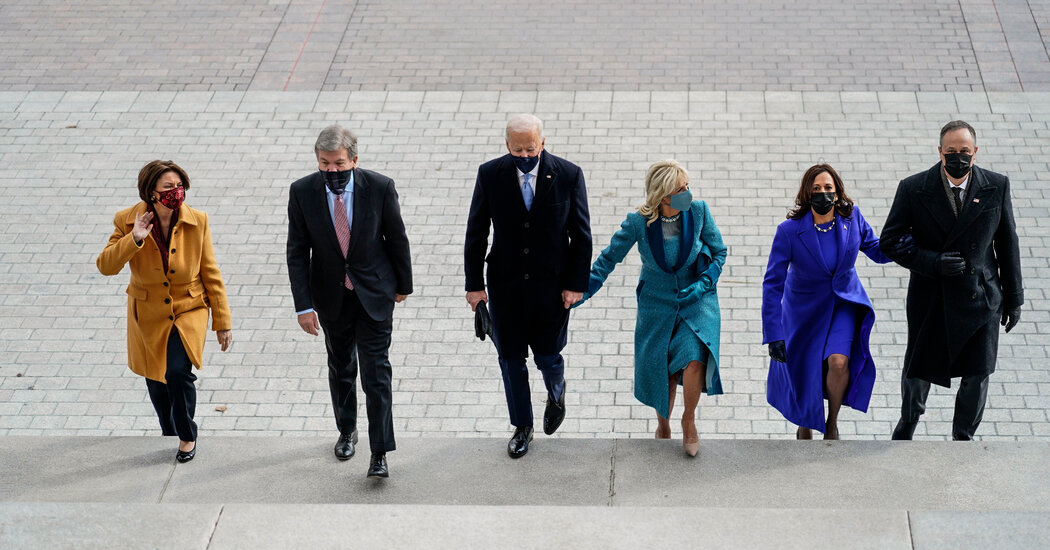 Short or long, closefitting or loosely accommodating, they began gaining traction last fall with a boost from “The Undoing.” In that popular HBO thriller, Grace, Nicole Kidman’s character, a Manhattan therapist, saunters around the Upper East Side in a succession of slender jewel-tone wraps that, to viewers, were objects of chatter and lust.

Primly constructed versions, some reminiscent of Courreges and Cardin, impinged on fans’ consciousness via “The Queen’s Gambit,” its chess master heroine turned out for tournaments in pastels and plaid and, memorably, a structured 1960s-era homage in suitably regal ivory.

The concept was further imprinted on the pop imagination by Meghan Markle, Sarah Jessica Parker, Katie Holmes and their highly visible ilk, conferring a degree of cool and relatability on this long-ago totem of dowager chic.

In a year of pandemic-mandated outdoor gatherings, fabric coats are being worn against the chill, sure, but, also, unlike say wearable sleeping bags, as an expression of glamour, conjuring the formality, if not the rigidity, of their predecessors.

Durable and decorous, they have an emphatically nonpartisan history, dating back to Jacqueline Kennedy, trim in her Oleg Cassini A-line coats, Nancy Reagan, intent on impressing in her red Adolfo, and more recently, Melania Trump who flung her man-tailored coats, patterned or plain, over her shoulders, military style.

The PCR technology, which requires cycles of extreme heating and cooling, can multiply small segments of DNA millions or even billions of times in a … END_OF_DOCUMENT_TOKEN_TO_BE_REPLACED