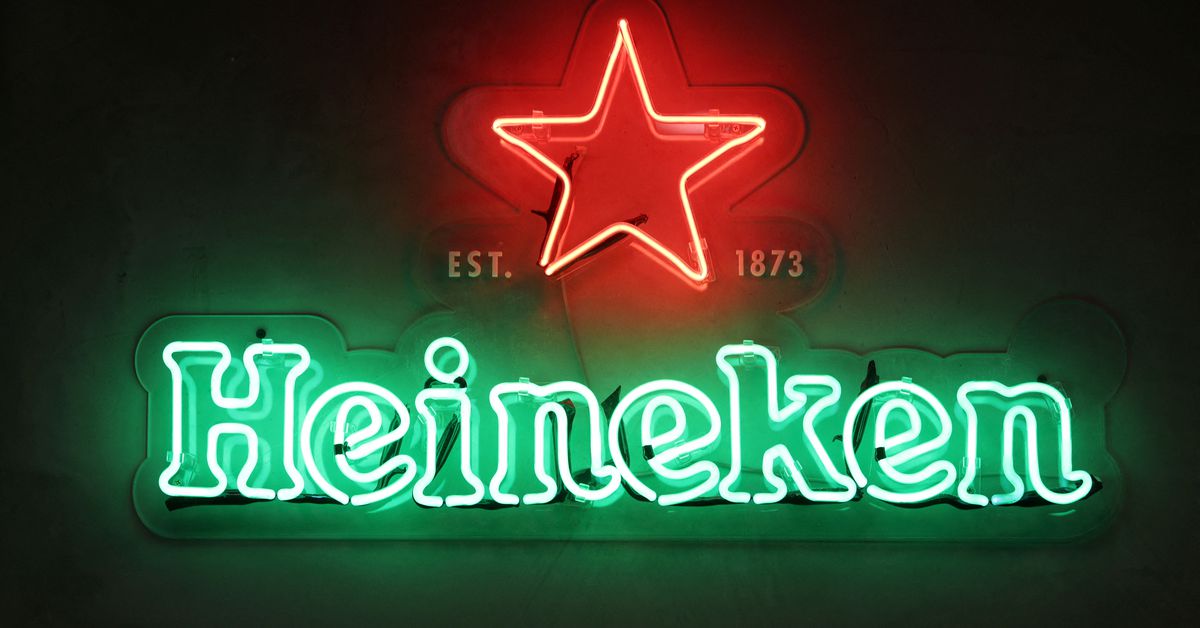 AMSTERDAM/COPENHAGEN March 28 (Reuters) – Brewing giants Carlsberg (CARLb.CO) and Heineken (HEIN.AS) said on Monday they would quit Russia, joining an exodus of Western companies as pressure grows on Moscow following its invasion of Ukraine.

Ukraine’s President Volodymyr Zelenskiy has urged international companies to turn their backs on the Russian market after the launch last month of what Moscow termed a “special military operation” against its neighbour. read more

For Carlsberg, the Western brewer most exposed to Russia, the exit would result in a “substantial non-cash impairment charge” this year, it said without providing further details.

The company holds a 27% share of the local market through its ownership of the country’s biggest brewer, Baltika.

“We have taken the difficult and immediate decision to seek a full disposal of our business in Russia, which we believe is the right thing to do in the current environment,” Carlsberg said. “Upon completion we will have no presence in Russia.”

The company’s shares, which have fallen by roughly a quarter since the start of the invasion, traded 4.2% higher on Monday, heading for their best day since November 2020.

Heineken, the third largest brewer in Russia, earlier said it was aiming for an “orderly transfer” of its local business, which accounts for just 2% of total sales, reducing its operations during a transition period to minimise the risk of nationalisation.

The Dutch brewer expects to book related charges of around 400 million euros ($438 million) and said it would guarantee the salaries of its 1,800 employees in Russia until the end of the year.

“We have concluded that Heineken’s ownership of the business in Russia is no longer sustainable nor viable,” the company said in a statement, adding that it would not profit from any transfer of ownership.

Carlsberg last year generated 10% of its total revenue and 6% of its operating profit in Russia, where it has eight breweries and 8,400 employees. It took full control of Baltika in 2008 but has faced sluggish sales amid a sanction-hit economy and regulations to curb alcohol abuse.

“The announcement that Carlsberg will leave Russia should help to clear the air and removes the overhang risk,” Jefferies analysts wrote in a research note.

The Danish brewer’s non-current assets in Russia stood at 19.2 billion Danish crowns ($2.83 billion) at the end of 2021, amounting to around 15% of total assets or 44% of its total equity, its annual report showed.

InBev said earlier in March it would stop selling Bud beer in Russia and forego profits from the joint venture, which has 11 breweries and 3,500 employees in the country. 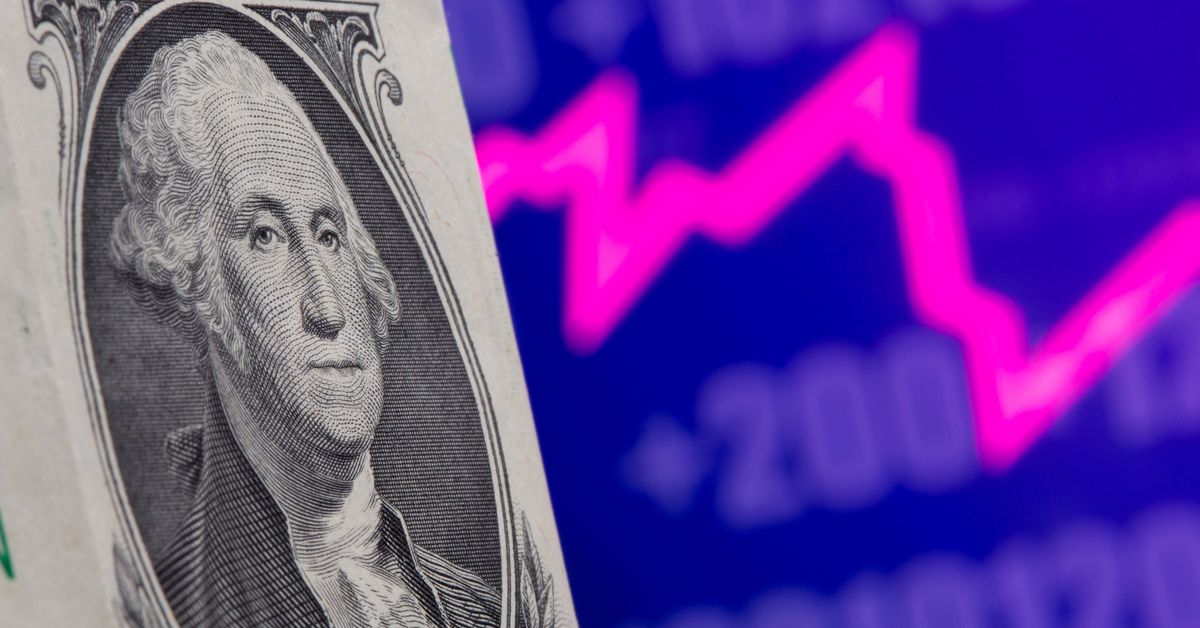 WASHINGTON/LONDON, Nov 26 (Reuters) – Shares tumbled on Wall Street on Friday as they reopened after Thanksgiving, while European stocks saw their biggest sell-off in 17 months and oil prices plunged by $10 per barrel as fears over a new coronavirus variant sent investors scurrying to safe-haven assets.

The World Health Organization (WHO) on Friday designated a new COVID-19 variant detected in South Africa with a large number of mutations as being “of concern,” the fifth variant to be given the designation. read more

U.S. markets closed early on Friday after being shut all day on Thursday for the Thanksgiving holiday.

The benchmark STOXX 600 index (.STOXX) ended 3.7% lower on the day, leaving it down 4.5% for the week. The volatility gauge (.V2TX) for the main stock market hit its highest in nearly 10 months.

Retailers dropped as Black Friday, the start of the holiday shopping season, kicked off as the new variant fuelled concerns about low store traffic and inventory issues. read more

In Europe, the travel and leisure index (.SXTP) plummeted 8.8% in its worst day since the COVID-19 shock sell-off in March 2020.

“Bottom line is this is showing that COVID is still the investor narrative, a lot of today’s movement is driven by the South African variant,” said Greg Bassuk, chief executive officer of AXS Investments in Port Chester, New York.

“We have been talking about four or five factors that have been driving the last couple of months’ activity – inflation fears, some economic data, Fed policy – but what we have seen over the last year is that big developments with respect to COVID really have ended up eclipsing some of those other factors by a substantial degree and that is what is driving today’s market activity.”

Little is known of the variant detected in South Africa, Botswana and Hong Kong, but scientists said it has an unusual combination of mutations and may be able to evade immune responses or make the virus more transmissible.

Britain said the new variant was the most significant variant to date and was one of several countries to impose travel restrictions on southern Africa. read more

A U.S. one dollar banknote is seen in front of displayed stock graph in this illustration taken May 7, 2021. REUTERS/Dado Ruvic/Illustration

The European Commission also said it wanted to consider suspending travel from countries where the new variant has been identified, though the WHO cautioned against hastily imposing such restrictions. read more

Malaysian rubber glove maker Supermax (SUPM.KL), which soared 1500% during the first wave of the pandemic, leapt 15%.

As investors dashed for safe-haven assets, the Japanese yen strengthened 1.87% versus the greenback, while sterling was last trading at $1.3331, up 0.08% on the day.

“A flight to safety is underway with the 10-year U.S. Treasury yield down,” said Keith Lerner, co-chief investment officer at Truist Advisory Services. “The proximate cause of the sell-off is yesterday’s announcement of a new COVID-19 variant in South Africa, which investors fear could weigh on economic growth.”

The market swings come against a backdrop of already growing concern about COVID-19 outbreaks driving restrictions on movement and activity in Europe and beyond. read more

Markets had previously been upbeat about the strength of economic recovery, despite growing inflation fears. 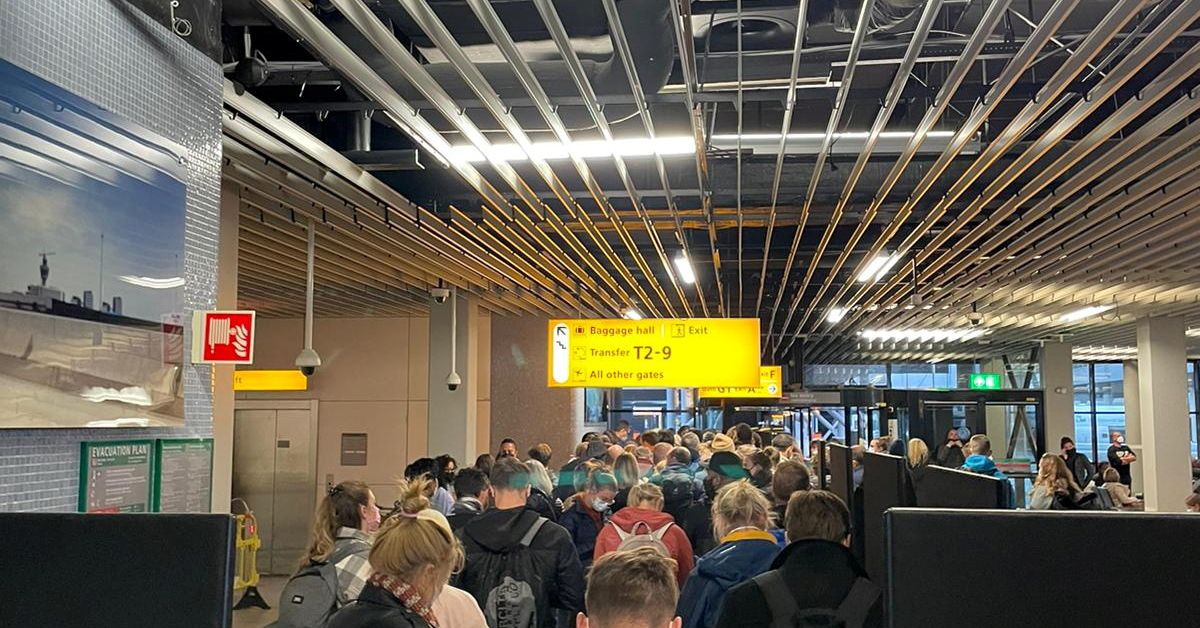 AMSTERDAM, Nov 26 (Reuters) – Dutch health authorities said that 61 people who arrived in Amsterdam on two flights from South Africa on Friday tested positive for COVID-19, and they were conducting further testing early Saturday to see if any of the infections are with the recently discovered Omicron coronavirus variant.

Around 600 passengers arrived at Amsterdam’s Schiphol Airport on the two KLM flights on Friday and then faced hours of delays and testing due to concerns over the new virus variant.

“Travelers with a positive test result will be placed in isolation at a hotel at or near Schiphol,” health authorities said in a statement.

“Of the positive test results, we are researching as quickly as possible whether they are the new variant of concern, now named ‘Omicron’.”

The Dutch government banned all air travel from southern Africa early on Friday. Health Minister Hugo de Jonge determined that passengers already en route to the Netherlands would have to undergo testing and quarantine upon arrival.

Passengers on the two KLM flights, from Cape Town and Johannesburg, said they were kept waiting on the tarmac for hours.

“Vigorous applause because there is a BUS that has come to take us … somewhere,” tweeted New York Times journalist Stephanie Nolen, a passenger on the flight from Johannesburg who later said she had tested negative.

“Bus to a hall to a huge queue. I can see COVID testers in bright blue PPE far on the distance. Still no snacks for the sad babies,” she added in a second tweet.

A spokesperson for the health authorities in Kennemerland, the Dutch region that oversees Schiphol, said the positive cases were being analysed by an academic medical hospital to determine whether they are the new strain.

The new variant has been detected just as many European countries are grappling with a surge in coronavirus cases.

The Dutch government separately on Friday announced the nighttime closure of bars, restaurants and most stores as it tries to curb a record-breaking wave of COVID-19 cases that is swamping its healthcare system. read more 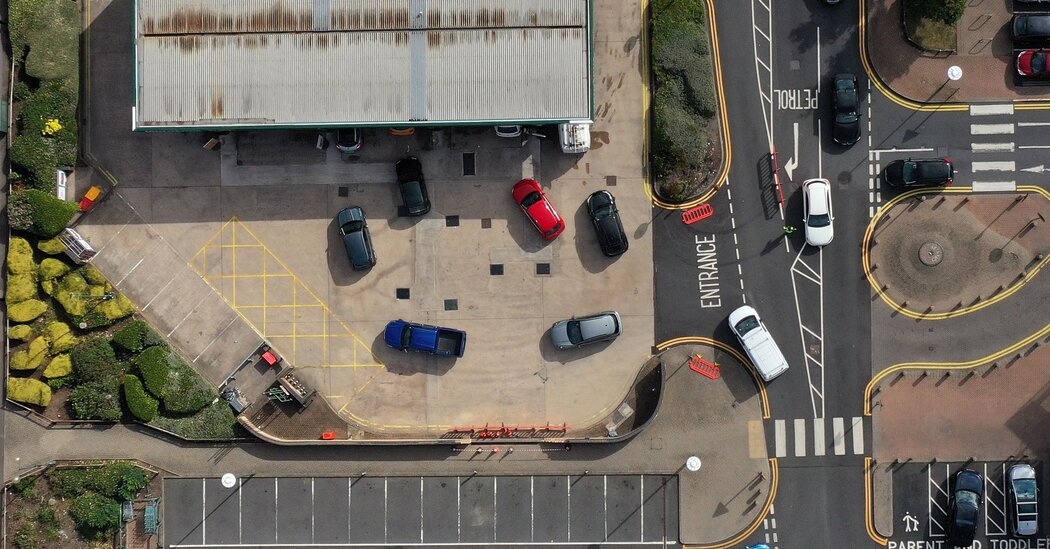 LONDON — Few things are more likely to set teeth on edge in Downing Street than the tentative winner of an inconclusive German election declaring that Brexit is the reason Britons are lining up at gas stations like it’s 1974.

But there was Olaf Scholz, the leader of the Social Democratic Party, telling reporters on Monday that the freedom of movement guaranteed by the European Union would have alleviated the shortage of truck drivers in Britain that is preventing oil companies from supplying gas stations across the country.

“We worked very hard to convince the British not to leave the union,” Mr. Scholz said, when asked about the crisis in Britain. “Now they decided different, and I hope they will manage the problems coming from that.”

For ordinary people, Mr. Scholz’s critique might also seem like old news. Britain is no longer debating Brexit. Nearly everyone is exhausted by the issue and the country, like the rest of the world, has instead been consumed by the pandemic.

began to run out of gasoline, sparking a panic and serpentine lines of motorists looking for a fill up.

While it would be wrong to blame a crisis with global ramifications solely on Brexit, there are Brexit-specific causes that are indisputable: Of the estimated shortfall of 100,000 truck drivers, about 20,000 are non-British drivers who left the country during the pandemic and have not returned in part because of more stringent, post-Brexit visa requirements to work in the country, which took effect this year.

reversed course last weekend and offered 5,000 three-month visas to foreign drivers to try to replenish the ranks (while also putting military drivers on standby to drive fuel trucks, a move he hasn’t yet taken.)

“You have business models based on your ability to hire workers from other countries,” said David Henig, an expert on trade policy for the European Center for International Political Economy, a research institute. “You’ve suddenly reduced your labor market down to an eighth of the size it previously was. There’s a Brexit effect on business models that simply haven’t had time to adjust.”

after Britain’s successful rollout of coronavirus vaccines. Some attributed the government’s ability to secure vaccines and obtain swift approval of them to its independence from the bureaucracy in Brussels.

party’s leaders have failed to find their voices. It is reminiscent of earlier debates, where the party’s deep divisions on Brexit hampered its ability to confront the government.

“I’ve been amazed by the reluctance of Labour to go after them,” said Anand Menon, a professor of European politics at Kings College London. “You can allude to Brexit without saying Brexit. You can say it’s because of the Tories’ rubbish trade deal.”

If you've been to Baker Beach in San Francisco, you've probably looked up at 1 25th Avenue. The home, which sits among several stunning homes along … END_OF_DOCUMENT_TOKEN_TO_BE_REPLACED