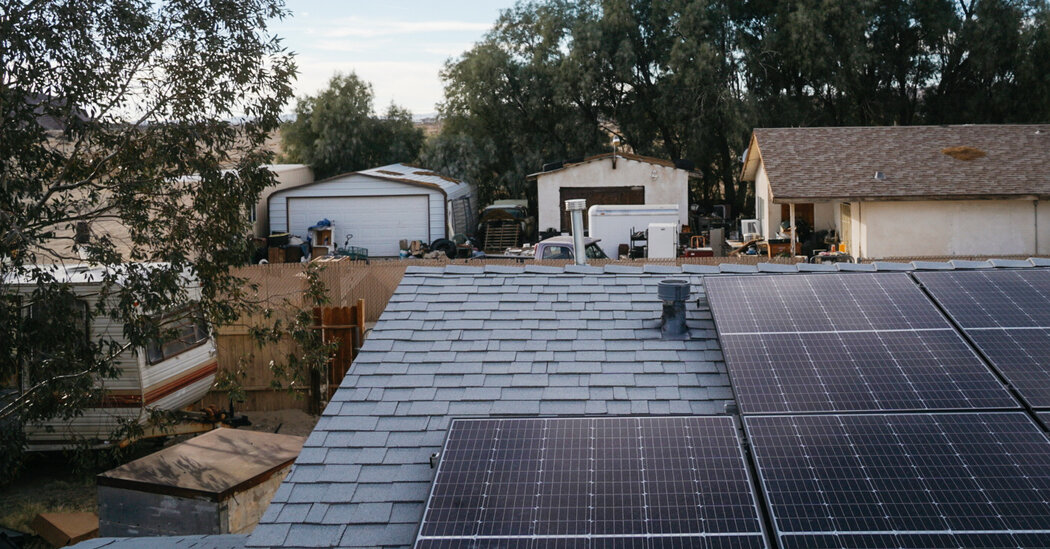 Some energy experts say utilities would not be able to produce or buy enough renewable energy to replace what would be lost from the decline in rooftop solar panels — which supplied 9 percent of the state’s electricity in 2020, more than nuclear and coal put together. California would need to set aside about a quarter of its land for renewable energy to meet its climate goals without expanding rooftop solar, said Mark Z. Jacobson, a professor of civil and environmental energy at Stanford. As a result, utilities would have to turn to natural gas and other fossil fuels.

“The only thing this is going to do is reduce rooftop solar,” Professor Jacobson said. “That will mean there will be more natural gas in the system. Every rooftop should have solar on it. You should be encouraging more of it.”

People who install solar panels on their roofs or property are still connected to the electrical grid, but they receive credit on their bills for power they produce beyond what they use. California’s proposal would cut the value of those credits, which are roughly equivalent to retail electricity rates, by about 87 percent. In addition, the measure would impose a new monthly fee on solar homeowners — about $56 for the typical rooftop system.

The monthly cost of solar and electricity for homeowners with an average rooftop system who are served by PG&E, the state’s largest utility, would jump to $215, from $133, according to the California Solar and Storage Association.

An intense campaign is underway to sway regulators. Rooftop solar companies, homeowners and activists on one side and utilities and the International Brotherhood of Electrical Workers on the other are lobbying Gov. Gavin Newsom to intervene. While the commission is independent of Mr. Newsom, he wields enormous influence. The governor recently told reporters that the regulators should change their proposal but didn’t specify how.

The electrical workers union, which did not respond to requests for comment, is playing a central role. It represents linemen, electricians and other utility employees, who usually earn more than the mostly nonunion workers who install rooftop systems. Many union members, an important constituency for Democrats, fear being left behind in the transition to green energy.

Other states are also targeting rooftop solar. Florida is considering legislation to roll back compensation to homeowners for the excess energy their panels produce, a benefit known as net energy metering. 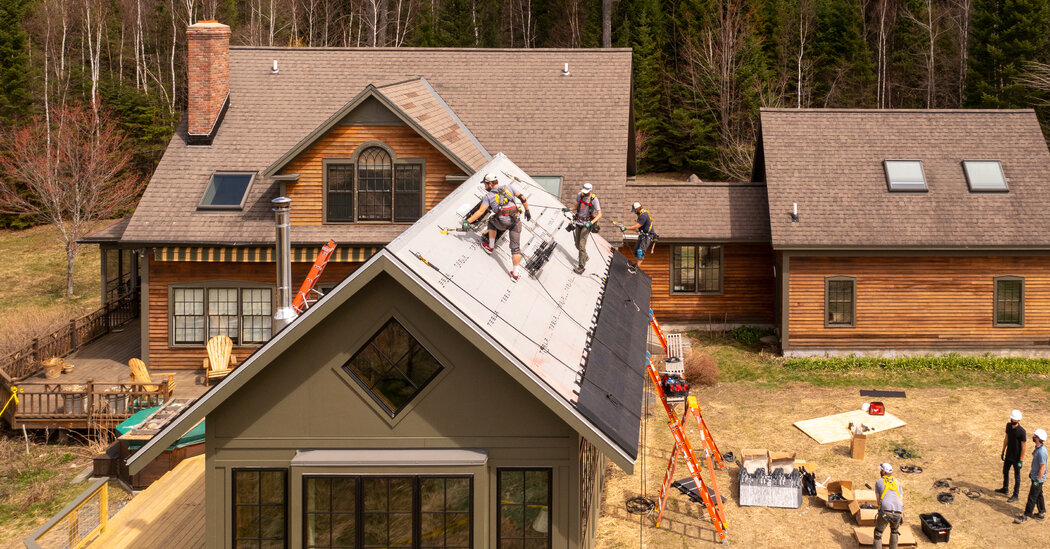 On an October evening five years ago, Elon Musk used a former set for “Desperate Housewives” to show off Tesla’s latest innovation: roof shingles that can generate electricity from the sun without unsightly solar panels.

After delays, Tesla began rolling out the shingles in a big way this year, but it is already encountering a major problem. The company is hitting some customers with price increases before installation that are tens of thousands of dollars higher than earlier quotes, angering early adopters and raising big questions about how Tesla, which is better known for its electric cars, is running its once dominant rooftop solar business.

Dr. Peter Quint was eager to install Tesla’s solar shingles on his 4,000-square-foot home in Portland, Ore., until the company raised the price to $112,000, from $75,000, in a terse email. When he called Tesla for an explanation, he was put on hold for more than three hours.

slashing the price of panels in 2019 has done little to stem the slide.

At the “Housewives” set at Universal Studios in 2016, Mr. Musk, the company’s chief executive, promised that Tesla’s new shingles would turbocharge installations by attracting homeowners who found solar panels ugly. But shingles remain such a tiny segment of the solar market that few industry groups and analysts bother to track installations.

Tesla is not the only company to pursue the idea of embedding solar cells, which covert sunlight into electricity, in shingles. Dow Chemical, CertainTeed, Suntegra and Luma, among others, have offered similar products with limited success.

solar ambitions date to 2015 when it announced that it would sell panels and home batteries alongside its electric cars. A year later, the company acquired SolarCity, a company run by Mr. Musk’s cousin Lyndon Rive. SolarCity was the leading rooftop solar installer in the United States, but in the last five years Tesla has fallen far behind Sunrun, which became even bigger last year after buying another installer, Vivint.

Tesla has been losing market share even as demand for rooftop solar has increased sharply as panels have become more affordable. In terms of energy-generating capacity, annual installations are about 13 times as great as they were a decade ago, according to the Solar Energy Industries Association.

battery system would cost $63,000. But two weeks before installers were scheduled to show up, an email from the company raised the price to $85,000.

She wanted the system to protect her family from losing electricity when her utility, Pacific Gas & Electric, shuts off power to prevent its equipment from setting off wildfires. She also hoped to lower her electricity bills, which have jumped from about $200 a month to as much as $400 in the four years since her family moved to California from New York.

She sought out Tesla’s shingles because contractors had told her that they could not attach conventional solar panels to her composite roof.

About an hour outside of the capital city of San Juan, the sumptuous spread known as Hacienda Illusion is now on the market for $48 million. For a … END_OF_DOCUMENT_TOKEN_TO_BE_REPLACED

Kids at Hilton Aruba play with the resident birds. Hilton Aruba As summer nears, hotels around the world are making big changes and refreshing their … END_OF_DOCUMENT_TOKEN_TO_BE_REPLACED

In 1789, before the slave rebellion, the marquis bought 21 recently kidnapped Africans before leaving for France. But he didn’t indicate where they … END_OF_DOCUMENT_TOKEN_TO_BE_REPLACED