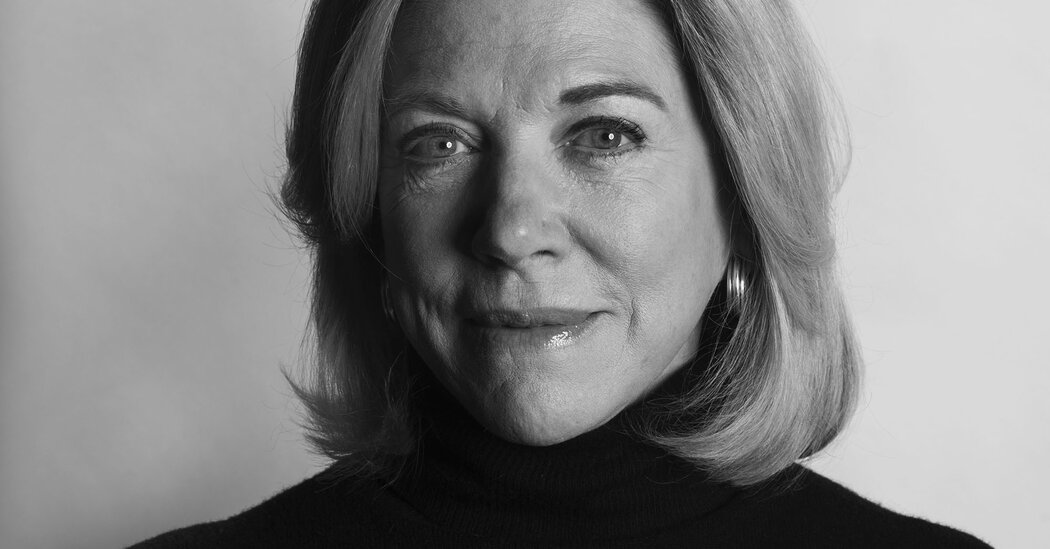 A self-made multimillionaire who married into a revered European banking dynasty, Lynn Forester de Rothschild now spends her time calling for higher taxes on the wealthy, stricter regulation of big business and a wholesale reordering of the capitalist system that has delivered her such privilege.

It is an unlikely reformation for a woman who came from modest origins, made a fortune in the 1980s and could have spent her later years enjoying a sumptuous life of aristocracy.

Born to a middle-class family in the New Jersey suburbs, Ms. Rothschild began her career at the white shoe law firm Simpson, Thacher and Bartlett, then started working with John Kluge, a telecommunications mogul, in the 1980s. Ms. Rothschild eventually struck out on her own, working for, running and founding a series of successful media companies.

In 2000, she married Sir Evelyn de Rothschild, a British financier. (Henry Kissinger introduced them at the Bilderberg conference; the Clintons invited them to honeymoon at the White House.)

Despite her pedigree, Ms. Rothschild has in recent years come to understand that while she and her associates have enjoyed the fruits of capitalism, not all have fared so well. Many workers are struggling to get by. The environment is in serious trouble. Government often cleans up the private sector’s messes.

Sociable and well-connected, Ms. Rothschild has tapped her expansive network to launch a multipronged assault on the status quo. In 2014, she founded the Coalition for Inclusive Capitalism, an effort to get business leaders more engaged in environmental and social issues. And she has parlayed that into a related group, the Council for Inclusive Capitalism, that is working with Pope Francis, and a new fund focused on socially responsible investing she founded with Jeff Ubben, a successful hedge fund manager.

This interview was condensed and edited for clarity.

Back when you were starting out in your career, were you concerned about some of the negative impacts of capitalism in the same way you are today?

It was really different. I don’t think we realized how bad it was. Graduating from law school in 1980, I believed I was living the American dream. I was a skinny girl from nowhere who knew no one, who had aspirations for an interesting life that would make a difference. And I believed that was available to me if I worked hard and played by the rules. The mantra at that time, that was not said disparagingly, was “Greed is good.” There was an Ayn Rand view that if you pursue your interests, all of society is lifted. So I really did believe that all I needed to do was to pursue my career in a legal, ethical, exciting way, and I didn’t have to worry about society.

When did it click for you that something wasn’t working?

We didn’t anticipate the kind of disparity that developed over those 20 years when we started in 1980. And I don’t think people practicing shareholder primacy were evil. There was just too much greed. But by 2008 it was impossible to ignore. The concentration of wealth in America at that time already was back to levels we had during the Gilded Age. In the 1960s the ratio of C.E.O. pay to average worker pay was 25 to one. Today it is 320 to one.

That has very conveniently created enormous personal wealth, which became the objective, as opposed to: What wealth have you left behind in society? How have you made the world better for your children, for your community? “Greed is good” was never a concept for Adam Smith.

What do you see as the most problematic symptoms of our economic system today?

Inequality of opportunity. We have to be honest that in each of our two recent crises — the great financial crisis and the Covid crisis — the government came to the aid of the wealthiest. Some have called it “socialism for the rich and capitalism for everyone else.” There’s something to that.

The elites turn to government when the financial system is blown up or we have a health crisis. Government got us out of both of those problems, and it got us out with too much of the benefit going to the richest. So how do we equalize that?

I personally am fine with higher taxes, if higher taxes lead to better distribution of opportunity, particularly for people of color and people in the lower part of the socioeconomic environment. I also believe that it is time that we listen more to our employees. It’s time that we create a more level playing field with respect to worker voice and worker involvement. This is hard stuff, because it can impact profit.

I’m probably always guilty of being overly optimistic. I believed that our moral compass would tell us that we need to take better care of the people who take care of us. But we saw starkly how we treated the people we called essential, how we were exposing them to this deadly disease. I personally find it difficult to understand why that is so hard for us as a society, and that’s why I founded the Council for Inclusive Capitalism.

I had the disease. I was really sick. I thought I was going to die. I had a really bad case and I’m scared to death of it.

What were the origins of the Council for Inclusive Capitalism?

In June of 2015, Laudato Si was written by Pope Francis. By September, the Sustainable Development Goals were agreed to by the United Nations. By December, the Paris climate accord had been signed. You had every reason to believe that there was a sense of the common good.

And if you go back and read Laudato Si, Pope Francis writes: “The lessons of the global financial crisis have not been assimilated, and we are learning all too slowly the lessons of environmental deterioration.” He goes on to say that “by itself the market cannot guarantee integral human development and social inclusion.”

What are some of the reforms you’d like to see? The Business Roundtable can put out as many press releases as it wants about stakeholder capitalism, but we still have companies losing billions of dollars, laying off tens of thousands of workers and still rewarding their C.E.O.s with tens of millions of dollars.

Something is really broken. I do believe that C.E.O.s and boards are willing to share the wealth and do more. But the Chamber of Commerce and the Business Roundtable are going to go for tax policy and trade policy as their primary objective.

I remember a person who was very senior in a previous administration told me that in his four years in office, only one C.E.O. asked to go and see him about an issue of the common good. Everyone was coming in to push what they needed for their own book. We need to profitably solve the problems of people and planet. That’s why business exists.

Who’s to say that there shouldn’t be a government policy that prices the negative externalities that companies cost the taxpayer when full-time workers have to be on public assistance to lead a decent life? Why can’t there be a tax and a penalty on that? Why is Jeff Bezos the richest man in the world? He’s a nice guy, and at the same time he has tens of thousands of employees on public assistance. Why is that OK? Why do we have a government that lets that happen?

Which do you think is more broken, American politics or capitalism?

I think their problems feed upon each other. They’re creating a death spiral together and it’s got to be stopped. Politics and capitalism needs to return to a basic sense of decency.

And that is actually why I reached out to the Holy Father, because I think that a lot of what it will take to change behavior is a moral and ethical reawakening. It’s not just one policy, it’s not just taxes, it’s not just reforming labor laws — all of which are important, and we need competent ethical people to do it. But at the core of it, it has to come from common decency.

God did not invent the corporation. Society allows a corporation to exist, gives shareholders limited liability, and expects something in return. But we don’t just expect cheap widgets.

How do you reconcile your critique of shareholder capitalism with the fact that you’re now working with a hedge fund manager?

If there is going to be a system change, the capital markets need to reward shareholders. That is only going to happen if there are really talented investors who find the new levers of value creation, and are engaging actively with companies that are transforming at scale to become cleaner and more inclusive, and those companies become the ones that are the most valuable. Then we’ve created a race to the top.

That’s why I’m in partnership with Jeff, who’s such a legend in shareholder value creation and transforming companies. I have 1,000 percent confidence in the integrity of Jeff, even though he’s been on the opposite side for many years. I trust many billionaires.

A home inspection can spare you from unpleasant surprises after you buy. After crunching the numbers, searching your favorite neighborhoods, and … END_OF_DOCUMENT_TOKEN_TO_BE_REPLACED

DALLAS — The rollback of abortion rights has been received by many American women with a sense of shock and fear, and warnings about an ominous … END_OF_DOCUMENT_TOKEN_TO_BE_REPLACED