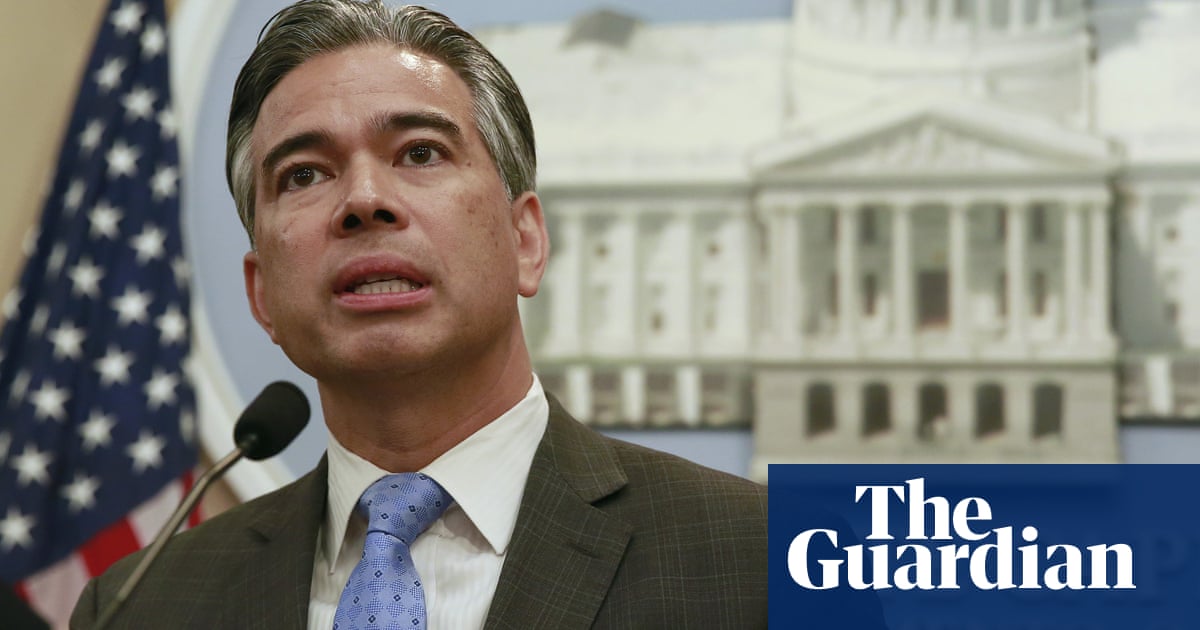 California’s governor has nominated Rob Bonta, a progressive state assemblyman known for pushing criminal justice reform, to be the state’s next attorney general.

Bonta, a Democrat, would replace Xavier Becerra, who was confirmed last week as Joe Biden’s health and human services secretary. Pending likely confirmation by the state’s Democratic legislature, Bonta would hold the job through 2022, when he would have to run for election.

Bonta, 48, would be the state’s first Filipino attorney general and has the backing of a several Asian American and Pacific Islander (AAPI) groups, as well as progressive groups and leaders on criminal and environmental justice.

Top AAPI elected officials had called on Newsom to name Bonta to the job amid reports of rising violence against Asian Americans and last week’s deadly mass shooting in Georgia. California is home to more than 6 million people of Asian descent.

“Rob is a fighter for justice and will protect Californians at every opportunity,” David Chiu, a Democratic assemblyman and member of the Asian and Pacific Islander (API) legislative caucus, tweeted on Wednesday, following the nomination announcement. “This is a historic nomination for API communities at a time when it could not be more critical.” The choice was also praised by Stacy Abrams.

Bonta said he was “honored and humbled” to be nominated.

Bonta lives in Alameda and was elected to represent the east San Francisco Bay Area, including Oakland, in 2012. He is a prolific author of legislation, often with a criminal justice reform focus. State laws he’s introduced that were signed into law include a measure to automatically expunge marijuana-related offenses from people’s records after California legalized recreational marijuana, to eliminate private prisons and to end cash bail. Voters rejected the bail change in a 2020 referendum.

Before joining the legislature he was the deputy city attorney in San Francisco and a member of the Alameda city council.

California voters elect their top prosecutor every four years, but Becerra left his seat with a year of his term left, leaving it to Newsom to appoint a successor who’d serve until the next election.

The position of attorney general for the most populous state in the nation is one viewed in many political circles as a stepping stone to higher office. Besides Becerra, Kamala Harris previously held the job, as did the former governor Jerry Brown.

Becerra, too, rose to national prominence in the role, launching more than 100 lawsuits against the Trump administration. He successfully sued to block policies that would strong-arm local law enforcement to cooperate with immigration authorities, insert a question about immigration status into the US census, or end the Deferred Action for Childhood Arrival (Daca) program, which gives temporary protection to undocumented immigrants who arrived in the US as children.

“It’s one of the most important positions, not just in the state, but arguably in the United States of America,” Newsom said in a press conference announcing the nomination. “When we think about the power of this office, just consider the good work our former attorney general Becerra did pushing back against all things Trump and Trumpism. Just think about the work that was done not to undo the work of this state over the course of the last four years. Just think of the incredible advocacy of Attorney General Kamala Harris and Attorney General Jerry Brown.”

Bonta is expected to play a key role in debates around police accountability, criminal justice reform and immigration in the coming years. Under a new California law, the state’s attorney general will take on the role of investigating all deadly police shootings of unarmed civilians. And the state is continuing to challenge Trump-era policies that restricted immigrant rights.

Gina Clayton-Johnson, executive director of the Essie Justice Group, a not-for-profit group for women with incarcerated loved ones working to reform the prison system, supported Bonta for the job. She cited his bill to end private prisons as well as his support for legislation to ban police from using certain restraints as examples of his commitment to reforming policing and the criminal justice system. “He is someone who will listen and take my calls and respond to me and my community,” she said.

Out of the group, Bonta had the most progressive record and was endorsed by the Black Lives Matter co-founder Alicia Garza.

MIAMI — The morning after Hurricane Ian slammed into Florida, Gov. Ron DeSantis shared the podium at his news briefing with two people: his emergency … END_OF_DOCUMENT_TOKEN_TO_BE_REPLACED

SHERMAN OAKS, Calif.--(BUSINESS WIRE)--When it comes to choosing a property management company, the size of a company often becomes a sticking point … END_OF_DOCUMENT_TOKEN_TO_BE_REPLACED