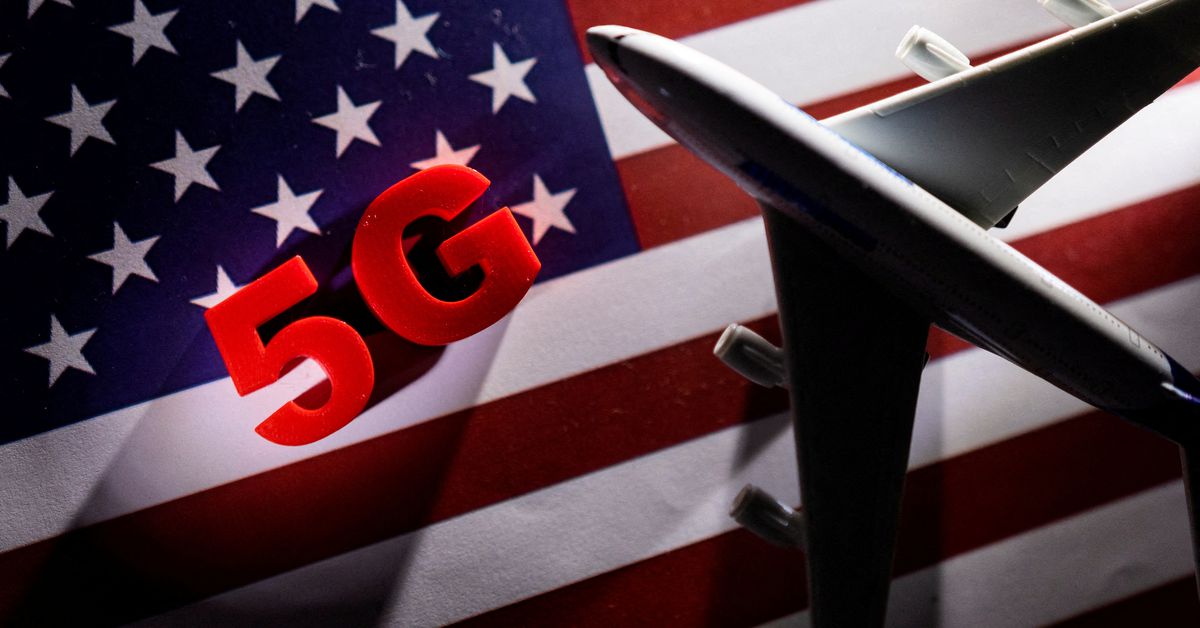 5G words and an airplane toy are placed on a printed U.S. flag in this illustration taken January 18, 2022. REUTERS/Dado Ruvic/Illustration/File Photo

WASHINGTON, Jan 26 (Reuters) – The head of the Federal Aviation Administration (FAA) is set to testify before a Feb. 3 U.S. House of Representatives hearing on new C-Band 5G deployment and its impact on aviation safety, sources told Reuters on Wednesday.

The House Transportation and Infrastructure Committee is expected to hear from FAA Administrator Steve Dickson along with aviation and wireless industry officials. These include the head of Airlines for America, a trade group representing passenger and cargo airlines, and Aerospace Industries Association, which represents airplane manufacturers.

“I hope Administrator Dickson and all of our witnesses come prepared for a robust discussion about how the goal of a successful 5G deployment can co-exist with the safety of our skies,” Committee Chairman Peter DeFazio said in a statement to Reuters.

AT&T (T.N) and Verizon Communications (VZ.N) agreed on Jan. 18 to delay switching on new telecom towers near key airports even as they turned on the new 5G C-Band service.

Radio altimeters are used to give data on height above ground for bad-weather landings and the 5G technology could cause interference, the FAA has warned.

Last week, major U.S. passenger and cargo carriers warned of a potential “catastrophic” aviation crisis and said that without a delay of 5G deployment near some airports “the vast majority of the traveling and shipping public will essentially be grounded.”

The FAA, which did not comment on Dickson’s planned testimony, said Tuesday it issued approvals for additional altimeters that allow about 90% of the U.S. commercial aviation fleet to perform low-visibility landings at airports where 5G wireless is deployed.

Verizon agreed to temporarily not turn on about 500 towers near airports, sources told Reuters, or less than 10% of their planned deployment, while the carriers and the administration work on a permanent solution.

The issue is disrupting some landings in poor weather at smaller airports especially among regional jets, and there are still serious concerns about what happens when wireless carriers turn on those towers near airports.

“We are now seeing the operational impacts to airline travel,” DeFazio said. “All interested parties must come together to address these impacts and implement long-term solutions that will increase safety and reduce disruptions for affected airports.” 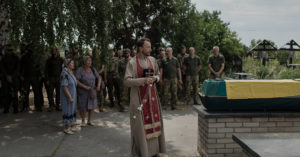 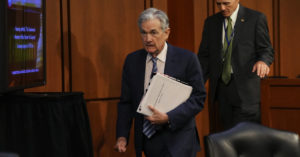 WASHINGTON — The Federal Reserve, determined to choke off rapid inflation before it becomes a permanent feature of the American economy, is steering … END_OF_DOCUMENT_TOKEN_TO_BE_REPLACED 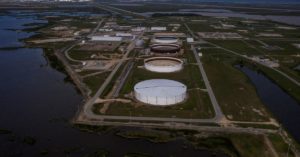