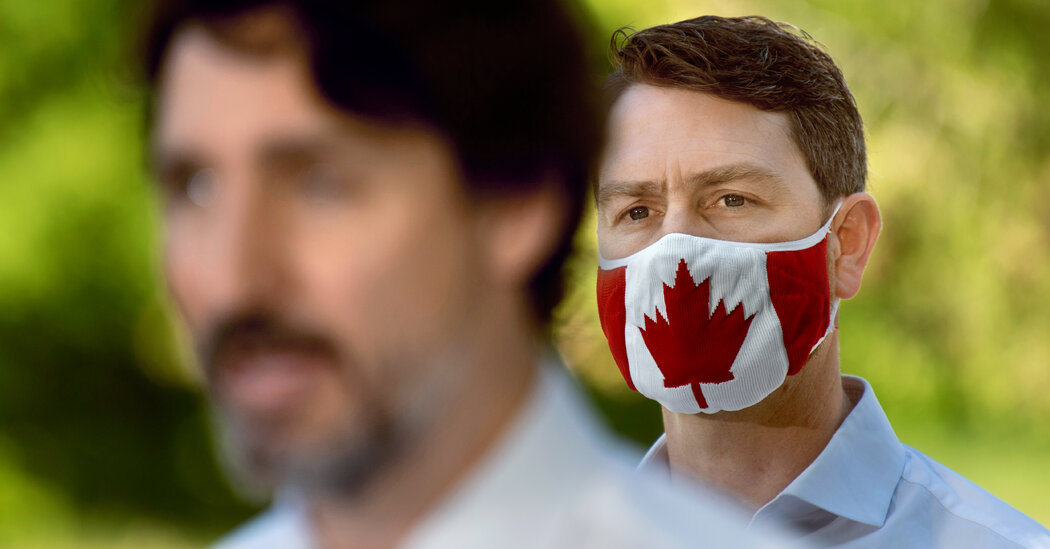 A member of Canada’s House of Commons apologized on Wednesday for having taken a nude photo of one of his colleagues during a Zoom call, an episode that prompted mockery, anger and calls for an investigation after the image circulated widely on social media.

The lawmaker, Sébastien Lemire, a member of the Bloc Québécois, acknowledged having taken the photo of William Amos, a Liberal Party member from Quebec, when Mr. Amos appeared nude on Zoom during a legislative session last week. Mr. Lemire said he did not know how the photo had ended up on social media.

Mr. Amos had said he had been changing into his work clothes after a jog and had been unaware that the camera on his computer was on. Although other lawmakers who were logged into a private Zoom call could see Mr. Amos standing naked between the flags of Canada and Quebec, the video was not streamed publicly because Mr. Amos was not speaking at the time.

Canadian law forbids publishing, distributing or making available an “intimate image of a person knowing that the person depicted in the image did not give their consent to that conduct.”

“Taking a photo of someone who is changing clothes and in the nude and sharing it without their consent could very well be criminal,” Pablo Rodriguez, the leader of the government in the House of Commons, said last week during a House session. “Did the person who took the screenshot give any thought to the ramifications of their actions? Did they think of the member’s family, children, friends and the fact that internet is forever?”

Mark Holland, the chief government whip, was among those who had called for an investigation, saying the dissemination of the photo was “a terrible violation” and a “potentially criminal act.”

“We must know who is responsible for leaking nonconsensual images from a private video feed,” he said in a statement last week. Mr. Amos “made an unintentional error; his screen was on while in the middle of getting dressed,” Mr. Holland added. “It could have happened to any of us.”

Mr. Amos had said last week that it was “most unfortunate that someone shared, without my consent, a photo in which I was changing my clothes.”

“This photo came from a video feed that only MPs or a very small number of staff had access to,” he said in a statement. “No person deserves to suffer such harm. I expect the speaker of the House of Commons to conduct a thorough investigation.”

he said on Twitter last Wednesday. “My camera was accidentally left on as I changed into work clothes after going for a jog. I sincerely apologize to all my colleagues in the House. It was an honest mistake + it won’t happen again.” 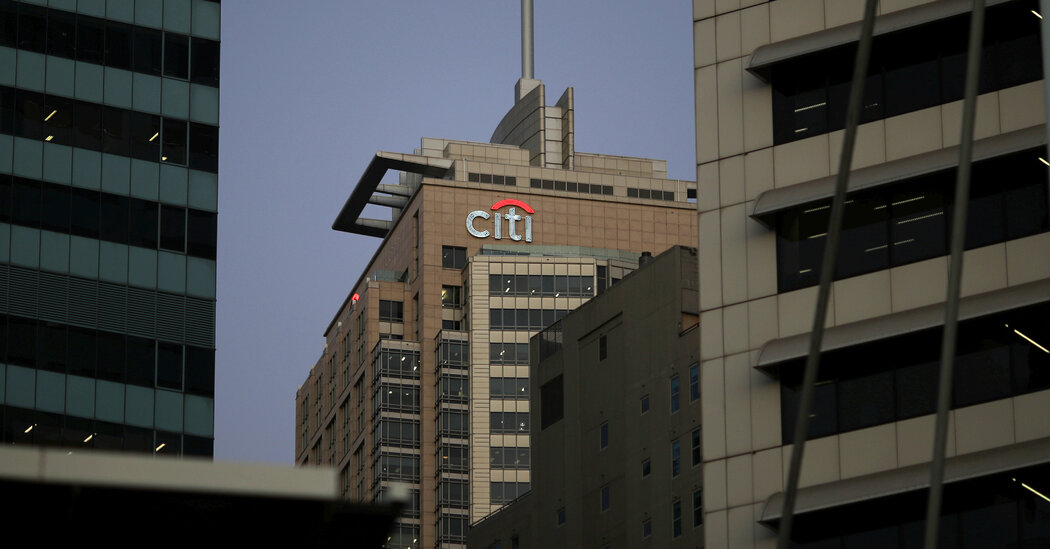 Happy hours and “Casual Fridays,” team doughnuts and coffee trips have all fallen by the wayside in the last year, as one office tradition after another was curtailed by the reality of remote work.

But Citigroup, one of the world’s largest banks, is trying to start a new end-of-week tradition: Zoom-free Fridays.

The bank’s new chief executive, Jane Fraser, announced the plan for “Zoom-free Fridays” in a memo sent to employees on Monday. Recognizing that workers have spent inordinate amounts of the past 12 months staring at video calls, Citi is encouraging its employees to take a step back from Zoom and other videoconferencing platforms for one day a week, she said.

“The blurring of lines between home and work and the relentlessness of the pandemic workday have taken a toll on our well-being,” Ms. Fraser wrote in the memo, which was seen by The New York Times.

according to S&P Global — also asked its 210,000 workers around the world to make sure they take their vacation time and designated Friday, May 28 a companywide holiday for all workers to be off and “reset.”

The bank outlined other steps to restore some semblance of work-life balance. It recommended employees stop scheduling calls outside of traditional working hours, and pledged that when employees can return to offices, a majority of its workers would be given the option to work from home up to two days a week.

“We are all feeling the weariness,” wrote Ms. Fraser, who took up her role as Citi’s chief executive this month and is the first woman to lead a major American bank. The pressure is high for Citi to turn itself around, after a banker’s mistake sent nearly $1 billion wired to the wrong people and the bank was handed a $400 million fine by federal regulators last year over long-running problems.

“Zoom fatigue” have emerged across industries and classrooms in the past year, as people confined to working from home faced schedules packed with virtual meetings, and found that their hours of on-camera work were often followed up by long video catch-ups with friends.

The widespread feeling of burnout prompted research from Stanford University trying to explain why video calls felt so draining.

In a peer-reviewed article published in the journal Technology, Mind and Behavior last month, Professor Jeremy Bailenson, the founding director of the Stanford Virtual Human Interaction Lab, outlined several reasons video calls can be so much more exhausting than in-person conversations.

He found that the excessive eye contact involved in video calls, the unnatural situation of seeing ourselves on-screen and having to stay in the same fixed spot all contribute toward “Zoom fatigue.”

Video calls are also harder mental work for us, Professor Bailenson said in a news release, because we have to put in more effort to make and interpret nonverbal communications. “If you want to show someone that you are agreeing with them, you have to do an exaggerated nod or put your thumbs up,” he said. “That adds cognitive load as you’re using mental calories in order to communicate.”

Dr. Aaron Balick, a psychotherapist and the author of “The Psychodynamics of Social Networking,” said a key mistake companies made when setting up work-from-home conditions last year was to treat Zoom calls as the equivalent of face-to-face meetings. He said that they failed to consider the additional mental burden placed on workers and the downtime needed to process what was said between calls.

“They require different intellectual muscles,” Dr. Balick said in an interview on Wednesday, adding that Zoom calls needed to be treated as a “functionally different thing.”

working as much as two hours a day more than usual.

For Wall Street, which even before the pandemic had a notorious reputation for extreme hours, Citi’s efforts to introduce a more flexible approach to work will probably not go unnoticed.

Last week, a survey of 13 first-year Goldman Sachs analysts drew attention on social media, with the analysts claiming they worked an average of around 100 hours a week and felt they were victims of workplace abuse.

Goldman responded in a statement that “a year into Covid, people are understandably quite stretched.” It said it was “listening to their concerns and taking multiple steps to address them.”

A shopper carries a bag outside a Walmart store in San Leandro, California, on Thursday, May 13, 2021.David Paul Morris | Bloomberg | Getty … END_OF_DOCUMENT_TOKEN_TO_BE_REPLACED

The rapper and entrepreneur Sean "Diddy" Combs has recorded a sale of one of his many homes. As we mentioned in our rundown of the impresario’s … END_OF_DOCUMENT_TOKEN_TO_BE_REPLACED