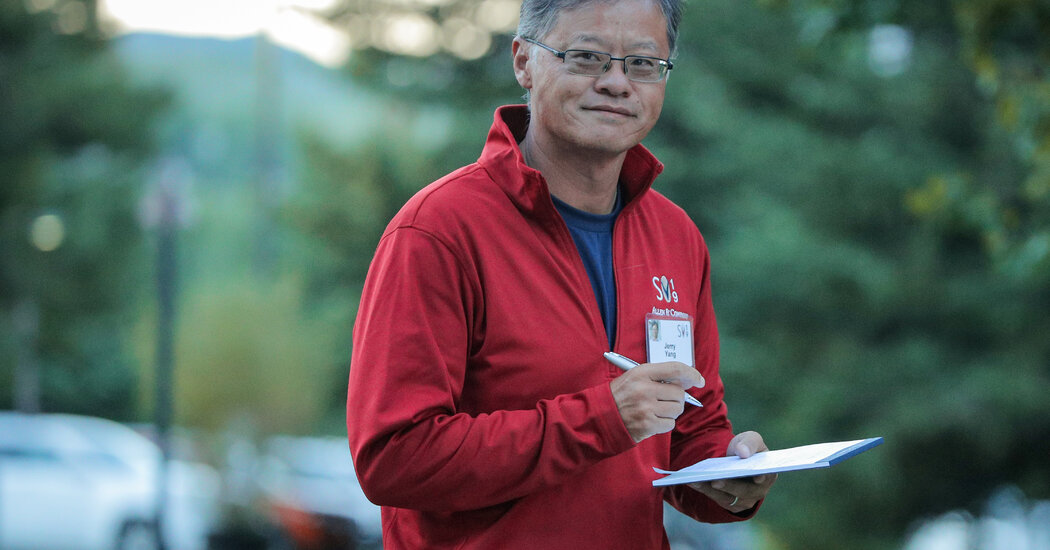 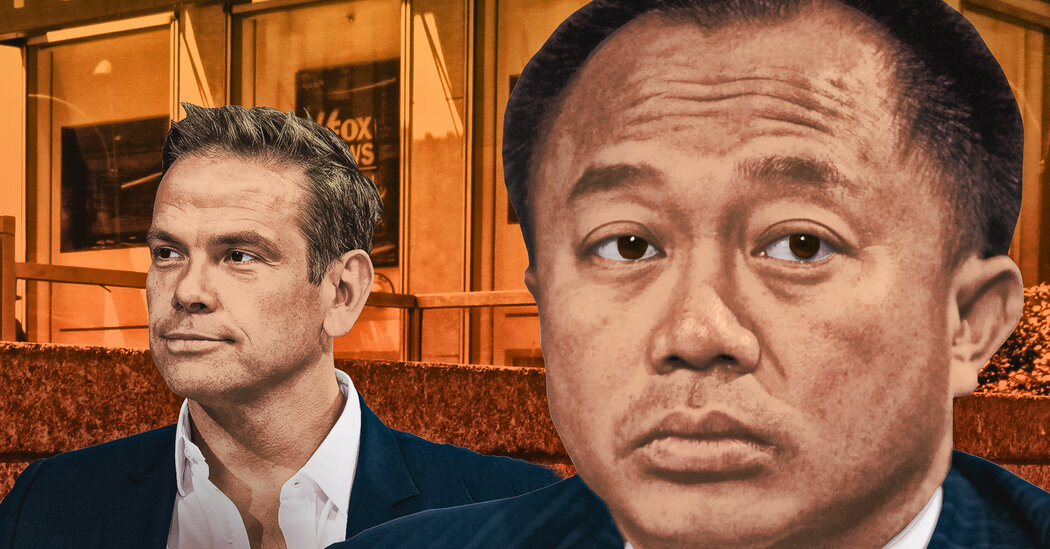 LOS ANGELES — In early 2019, as the Murdoch family completed the $71 billion sale of 21st Century Fox to Disney, executives at the movie studio learned that someone was reading all their emails.

And not just anyone: Viet Dinh, the Fox Corporation’s chief legal officer and close friend of Fox’s chief executive, Lachlan Murdoch, had brought on a team of lawyers to investigate “the potential improper use of Fox data” by top 21st Century Fox executives he suspected of leaking to Disney while the terms were still being hammered out, a Fox spokeswoman said. The studio’s president, Peter Rice, and the company’s general counsel, Gerson Zweifach, protested that they were merely conducting normal transition planning — and that Mr. Dinh was being so paranoid he might blow up the transaction.

The episode didn’t scuttle the deal. But the previously unreported conflict between the studio executives and Mr. Dinh, a sociable and relentless Republican lawyer who was the chief architect in 2001 of the antiterrorism legislation known as the Patriot Act, offers a rare glimpse into the opaque power structure of Rupert Murdoch’s world. The nonagenarian mogul exercises immense power, through News Corp and the Fox Corporation, in driving a global wave of right-wing populism. But basic elements of how his media companies run remain shrouded in mystery.

In the case of the Fox Corporation, the questions of who is in charge and what the future holds are particularly hazy. The company, minus its studio, is now a midsize TV company adrift in a landscape of giants like Disney and AT&T that control everything from cellular phone networks to streaming platforms, film and television. Fox’s profits are dominated by Fox News. Lachlan Murdoch’s more liberal brother, James, who no longer holds an operational role in the family businesses, has made clear he’d like to see a change.

complained to The Financial Times about “outlets that propagate lies to their audience.”

Last month, Lachlan Murdoch moved his family to Sydney, Australia, an unlikely base for a company whose main assets are American. The move has intensified the perception — heightened when he stood by as Fox News hosts misinformed their audience about Covid-19 last year — that Mr. Murdoch does not have a tight grip on the reins. The company takes pains to rebut that perception: The Fox spokeswoman told me that Mr. Murdoch is so committed that he has adopted a nocturnal lifestyle, working midnight to 10 a.m. Sydney time. (She also said it would be “false and malicious” to suggest that Mr. Dinh is exercising operational control over Fox’s business units.) It’s such a disorienting situation that one senior Fox employee went so far as to call me last week to ask if I knew anything about succession plans. I promised I’d tell him if I figured it out.

But Mr. Dinh, 53, was ready to step in, and indeed has been seen internally as the company’s power center since before Mr. Murdoch headed across the globe. Mr. Dinh’s ascent caps an unlikely turn in his career that began when he met Lachlan Murdoch at an Aspen Institute event in 2003. The Murdoch heir later asked him to both fill a seat on the company’s board and to be godfather to his son. (“He couldn’t find any other Catholics,” Mr. Dinh joked to The New York Observer in 2006.)

Two former Fox employees and one current and one former Fox News employee familiar with his role painted him as the omnipresent and decisive right hand of a chief executive who is not particularly hands-on. (They spoke only on the condition they not be named because Fox keeps a tight grip on its public relations.) While Mr. Dinh is not running day-to-day programming, he manages the political operation of a company that is the central pillar of Republican politics, and he’s a key voice on corporate strategy who has played a role in Fox’s drive to acquire and partner its way into the global online gambling industry.

In a recent interview with the legal writer David Lat — headlined “Is Viet Dinh the Most Powerful Lawyer in America?” — Mr. Dinh called suggestions in this column and in The Financial Times that he’s more than a humble in-house counsel “flat-out false.”

once told VietLife magazine that he worked jobs including “cleaning toilets, busing tables, pumping gas, picking berries, fixing cars” to help his family make ends meet. He attended Harvard and Harvard Law School. As a student, he wrote a powerful Times Op-Ed about Vietnamese refugees — including his sister and nephew — stranded in Hong Kong. The piece helped win them refugee status, and eventually allowed them to immigrate to the United States.

Mr. Dinh arrived with the conservative politics of many refugees from Communism, and followed a pipeline from a Supreme Court clerkship with Sandra Day O’Connor to a role in the congressional investigations of Bill Clinton in the 1990s.

He was assistant attorney general for legal policy on 9/11, and he was “the fifth likeliest person” to wind up quarterbacking what would become the Patriot Act, said his old friend and colleague Paul Clement, who currently represents Fox in defamation lawsuits brought by two election technology companies. Mr. Dinh “led the effort to pull it all together, package it, present it to the Hill and get it passed,” said a former Bush White House homeland security adviser, Ken Wainstein. The package of legislation transformed the American security state, vastly expanding domestic surveillance and law enforcement powers. It allowed the F.B.I. to conduct secret and intrusive investigations of people and groups swept in by an expanded definition of terrorism.

Mr. Dinh was often mentioned at the time as a brilliant young lawyer who could easily wind up the first Asian-American on the Supreme Court. He was also notably image-conscious, and “worked the media like crazy,” recalled Jill Abramson, a former Times Washington bureau chief and later executive editor. He’s also a master Washington networker whose relationships cross party lines. His best college friend is a Democratic former U.S. attorney, Preet Bharara. Through the pandemic, Mr. Dinh left chipper comments on other lawyers’ job announcements on LinkedIn.

hiring a top Republican opposition researcher, Raj Shah, to monitor online criticism of the company and develop strategies for countering it.

Now, Mr. Dinh finds himself in the strange position of many of Rupert Murdoch’s top lieutenants: He is paid like a chief executive, and fills much of the larger strategic role that comes with that job. He also has the sort of leverage you need in a family business, a personal relationship with Lachlan Murdoch that allowed him to take on Mr. Rice, who is himself the son of a close Rupert Murdoch ally. But Mr. Dinh is still working for a business dominated by the need to follow Mr. Trump and Fox’s audience wherever they lead, lest they be overtaken by networks further to the right, like Newsmax. And the family ultimately retains control.

And Mr. Dinh’s own agenda can be hard to divine. In the interview with Mr. Lat, he largely repeated Fox News talking points about the quality and fairness of the network’s coverage. He did also express pride at Fox’s fleeting willingness to cross the president last fall, even though the network subsequently fired the political analysts who most angered Mr. Trump.

“There is no better historical record of Fox News’s excellent journalism than to see how the former president tweeted against Fox,” Mr. Dinh said.

If you’ve ever dreamed of a quiet life on a boat in Alaska, this new waterfront listing can help you realize that vision.Of course, there's always … END_OF_DOCUMENT_TOKEN_TO_BE_REPLACED