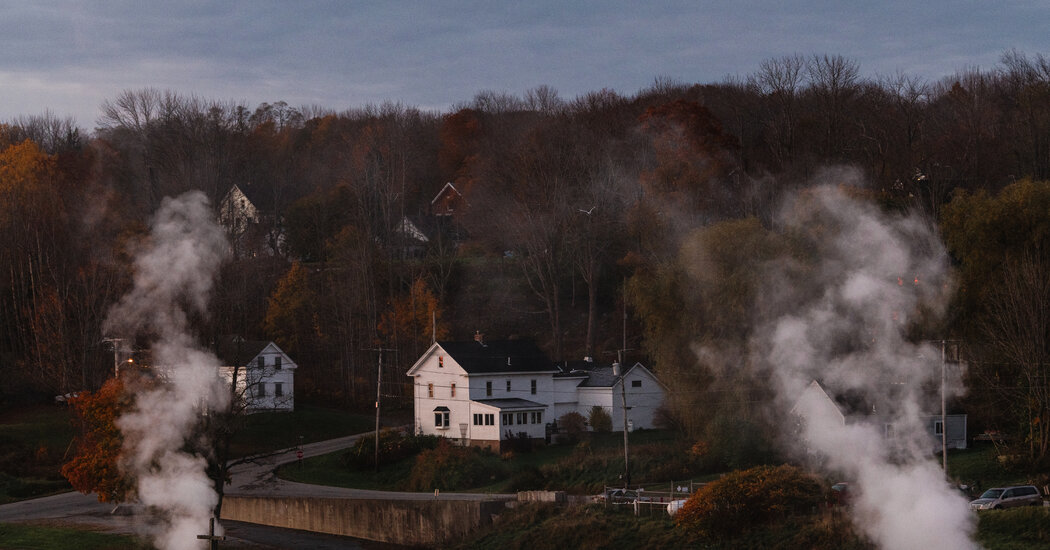 Last week, the Biden administration released 90 percent of the $3.75 billion in funds dedicated to the Low Income Home Energy Assistance Program, which provided an average of $439 to more than five million families the year before the pandemic. It received $4.5 billion in additional emergency grants this year. Usually, funding for the program isn’t released until all budget items for the fiscal year are approved, but Congress recently made an exception as cold months approached and sparring over spending bills continued.

Mr. Wolfe’s group has urged Congress to include $5 billion more for the program in the social safety net package being negotiated in Washington.

The increase in home heating costs is sure to hover over economic debates in Washington about inflation. White House allies, fighting to push through the president’s sweeping agenda, assert that the current surge in consumer prices mostly reflects pandemic disruptions that will dissipate next year. Federal Reserve officials, who have been trying to put in place a policy framework less keenly sensitive to inflation, will be pushed to gauge whether that contention is well founded.

The latest outlook from the National Oceanic and Atmospheric Administration suggests a decent chance of a milder-than-average winter. But according to projections by the U.S. Energy Information Administration, if winter is somewhat colder than usual, energy bills could rise 15 percent for households heated by electricity, 50 percent for those depending on natural gas and 59 percent for those that mostly use heating oil. Propane users would be in for the biggest blow — a 94 percent increase, or potentially hundreds of dollars over the six-month heating season.

As with other price shocks stemming from the pandemic, the pain will be particularly acute for those of limited means. Twenty-nine percent of those surveyed by the Census Bureau have reported reducing or forgoing household expenses to pay an energy bill in the last year.

Before the pandemic, Jamillia Grayson, 43, of Buffalo, had a successful event-planning business. Her work dried up, and even with unemployment insurance, she couldn’t meet household expenses while supporting her 8-year-old daughter, who has sickle cell anemia, as well as an older aunt, who depends on a home oxygen tank and lives with them.

Electricity and gas bills piled up throughout this year, and by the end of the summer, she owed $3,000, she said.

If you've been to Baker Beach in San Francisco, you've probably looked up at 1 25th Avenue. The home, which sits among several stunning homes along … END_OF_DOCUMENT_TOKEN_TO_BE_REPLACED