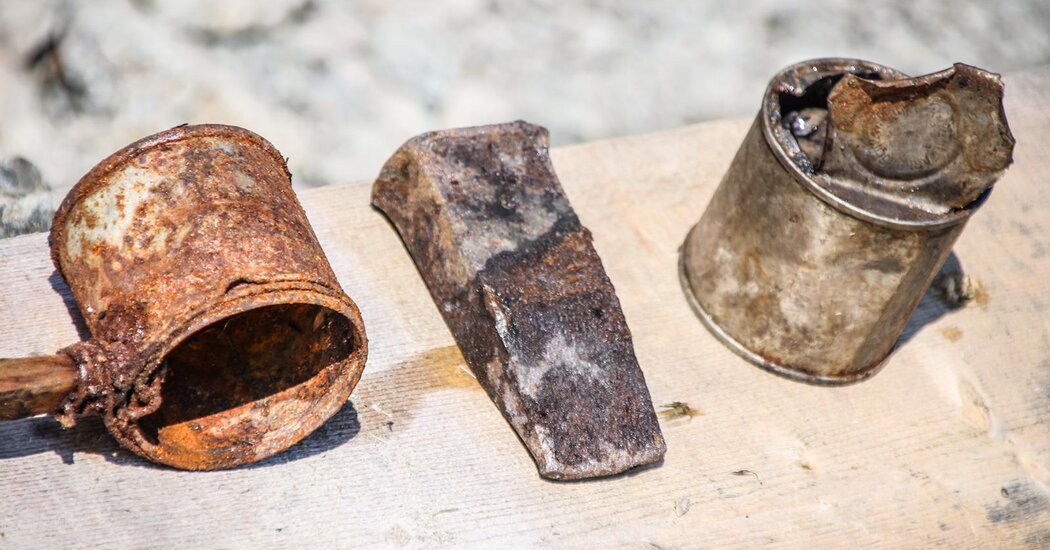 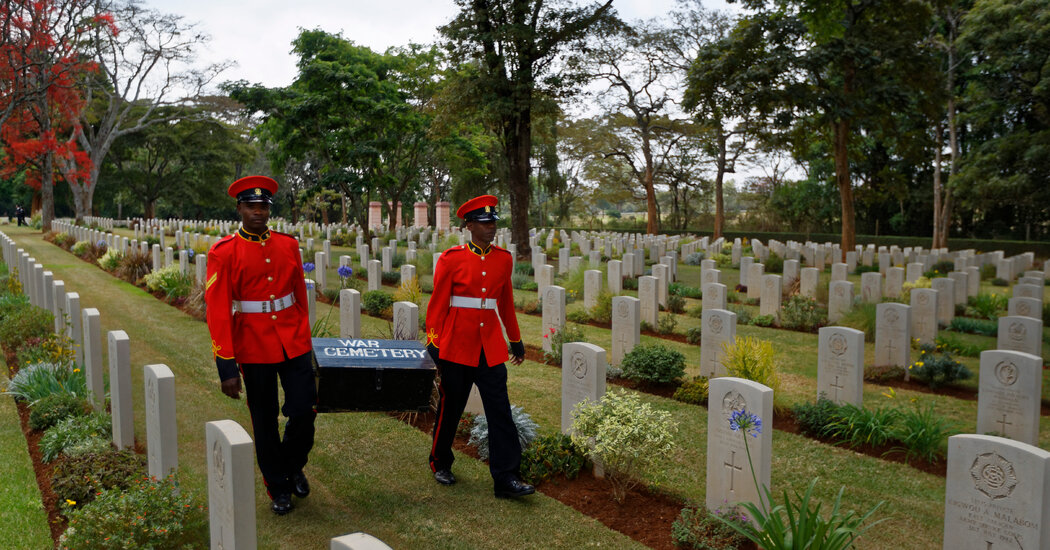 LONDON — Tens of thousands of soldiers from Africa and Asia who died during World War I in the service of what was then the British Empire were not properly commemorated, partly because of prejudice and racism, according to the findings of an inquiry issued on Thursday.

The report, written by an independent committee, found that the graves of 45,000 to 54,000 people who died serving the British war effort — largely East Africans, West Africans, Egyptians and Indians — did not receive appropriate memorials. At least 116,000 other casualties were not named on any memorials, the report said, adding that the number could be as high as 350,000.

First reported by The Guardian newspaper on Wednesday, the inquiry found that, though some colonial subjects had volunteered their service, “an equally high proportion may have been coerced or forcibly conscripted by the military and colonial authorities,” especially in African colonies and in Egypt.

Those who died, in some cases, were commemorated collectively on memorials rather than with their own individual headstones or grave markers, like their European counterparts were. In other cases, soldiers who were missing had their names recorded in registers rather than in stone.

erupted across the country last summer. Critics have said that a government-commissioned report on racial discrimination, released last month in response to those protests, whitewashed racial injustice in Britain after it said that disparities were more because of reasons of socio-economic status than of race.

Statues of slave traders have been torn down in some cities in Britain, and museums in the country have been working to highlight links to slavery and colonialism in their exhibits. The royal family has also come under fire after Prince Harry and his wife, Meghan, the Duchess of Sussex, said in an interview last month that a member of the family had asked questions about the skin color of their son, who was then not yet born.

“Unremembered — Britain’s Forgotten War Heroes,” which followed the British Labour lawmaker David Lammy as he investigated why African soldiers who served and died during World War I had not received their own graves.

said on Twitter in response to the inquiry. But recognition that the commission had failed to treat Black African and other ethnic minority soldiers the same as others was a “watershed moment,” he said, adding that it offered an opportunity to work through “this ugly part of our history.”

The report said the failure of the commemoration efforts was underpinned by “entrenched prejudices, preconceptions and pervasive racism of contemporary imperial attitudes.”

Responding to the findings, the Commonwealth War Graves Commission apologized for “historic failings” and said that it was fully committed to delivering on a series of recommendations made in the report. Those included providing more resources to search for those not commemorated and collaborating with local communities to highlight difficult parts of the British Empire’s history.

“The events of a century ago were wrong then and are wrong now,” Claire Horton, the commission’s director general, said in a statement. “We are sorry for what happened and will act to right the wrongs of the past.”

The British defense secretary, Ben Wallace, apologized on behalf of the government on Thursday. “There can be no doubt that prejudice played a part in some of the commissioners’ decisions,” he said in Parliament. He said that the government would support the implementation of the report’s recommendations. “Whilst we can’t change the past, we can make amends and take action,” he said.

But Kehinde Andrews, professor of Black Studies at Birmingham City University, said “It’s really farcical that in the 21st century, now, they want to apologize.”

The commission was created in 1917 to commemorate the deaths of service members in cemeteries and memorials across the world. Among the group’s main principles is “equality of treatment for the war dead irrespective of rank or religion.” At least 1.7 million British Empire and Commonwealth citizens died during the two World Wars.

In World War I, the contributions of soldiers from “white-settled” countries such as Australia, Canada and New Zealand dominated the narrative over other parts of the British Empire, the report said.

Many Britons were unaware that nonwhite colonial subjects were involved in the empire’s wars, and that was because of gaps in the history that is taught in schools, Professor Andrews said. “If government institutions were serious, you have to fundamentally rebuild the school curriculum from scratch,” he added.

The forced conscription of colonial subjects, he said, should open a conversation about restitution and reparations for the families of those affected.

“This was 100 years ago,” he said, adding that the current accounting of past wrongs was “too little, too late.”

DALLAS — The rollback of abortion rights has been received by many American women with a sense of shock and fear, and warnings about an ominous … END_OF_DOCUMENT_TOKEN_TO_BE_REPLACED

The poshest place in California's Coachella Valley is The Madison Club. This exclusive gated community in La Quinta is where A-listers and tycoons … END_OF_DOCUMENT_TOKEN_TO_BE_REPLACED