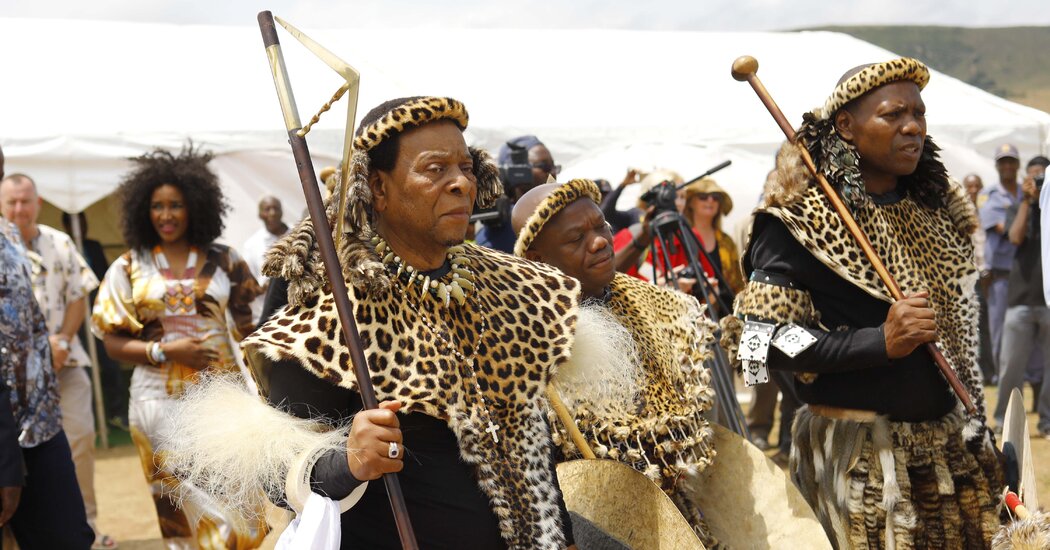 JOHANNESBURG — Goodwill Zwelithini ka Bhekuzulu, the king of South Africa’s Zulu nation, who shepherded his people from the apartheid era into a modern democratic society, died on Friday in the eastern coastal city of Durban. He was 72.

Prince Mangosuthu Buthelezi, the king’s prime minister, announced the death, at Inkosi Albert Luthuli hospital. He did not state a cause. King Zwelithini was admitted there last month to be treated for diabetes.

Born on July 14, 1948, he was the eighth monarch of the Zulu nation, South Africa’s largest ethnic group, and a direct descendant of the Zulu warrior kings who fought against colonial rule. The eldest son of King Cyprian Bhekuzulu ka Solomon and his second wife, Queen Thomozile Jezangani ka Ndwandwe, he was educated at the Bekezulu College of Chiefs and then privately tutored at the Khethomthandayo royal palace.

He was crowned in 1971, three years after the death of his father; subsequent assassination attempts had forced him into hiding. When he was able to take the throne, his role was largely ceremonial as head of a quasi-independent homeland under the apartheid government.

murdered in his home in Johannesburg in November, and five people have been charged.

King Zwelithini is survived by six wives and 26 children.

Asbestos in the home can be downright scary. This extremely dangerous material has been linked to all kinds of health problems, including … END_OF_DOCUMENT_TOKEN_TO_BE_REPLACED

ATLANTA — Before the three men convicted of murdering Ahmaud Arbery were sentenced on Monday on federal hate crime charges, they asked a judge to … END_OF_DOCUMENT_TOKEN_TO_BE_REPLACED