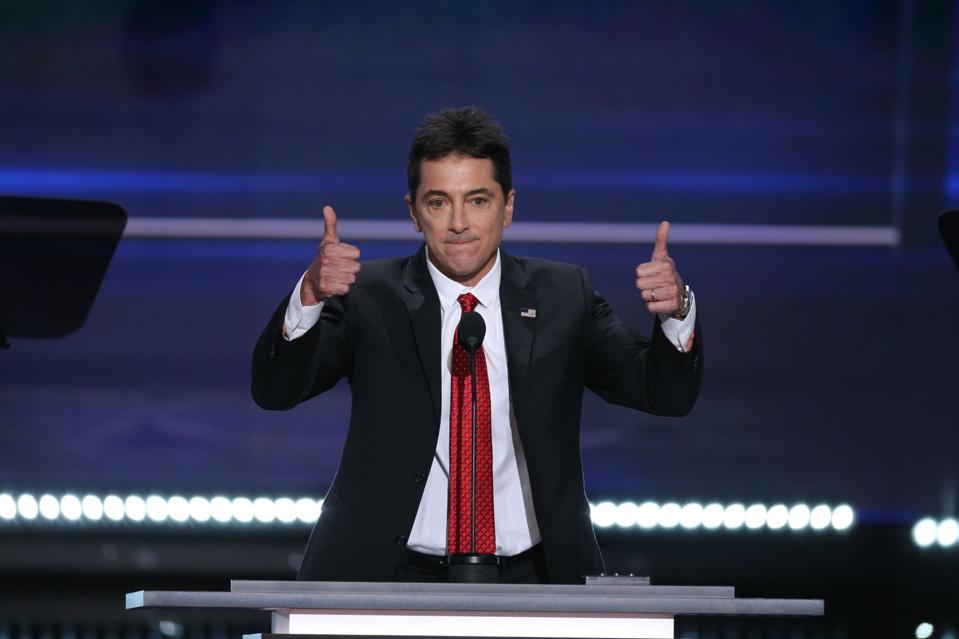 It may have the makings of a “buddy comedy,” where two polar opposites see past their differences and become close friends, but it is unlikely comedian/actors Patton Oswalt and Scott Baio will be mending any fences. Instead the two have engaged on a very public, and at times quite hostile, showdown on Twitter that began on Thursday.

This is just the latest celebrity quarrel to go public on social media, and unlike past feuds involving stars and starlets it is all the easier for fans to join in the fray.

It began when Oswalt took to Twitter on Thursday to mock those who believed that President Donald Trump would be inaugurated for a second term. The comedian called out Baio, a noted Trump supporter, directly.

“Guys, I’m at the DuPont Circle Pinkberry for the #TrumpInauguration. I’m here with four Proud Boys, their moms and Scott Baio. Did we get the address wrong? Help me out, this Minuteman costume is super-itchy.”

The humor was shared by others, including consumer advocate Erin Brockovich (@ErinBrockovich), who added “Patton it’s at Pinkberry Landcaping in Roslyn”

However, Scott Baio (@ScottBaio) then responded and took fire at Oswalt, “Poor Oswalt needs 2 prescriptions. One for his TDS and one for his STD itch!”

Oswalt fired back, “Oh YIKES. I didn’t even ‘@’ this guy. Poor sap searches his name on Twitter. No one dunk on him, this is really depressing. BUGSY MALONE’s still a great movie, right?”

It didn’t take long for both celebrities to be trending on social media.

Some users also noted that in the initial exchange it wasn’t actually directed @ScottBaio, and suggested the actor was looking for tweets with his name in them. Supporters of Oswalt noted “he has career” while others compared the number of followers of the two celebrities.

A common theme in the discussions was that few under 30 years of age would even know who Baio was, while some joked that could be true of those under 45! However, Baio seemed to take it in stride.

However, even then many on social media continued to mock the actor with memes and further insults.

But one user, Jeff Harper (@realJeffHarper) stood by Baio, “The revenge is living well. Kudos, my good sir. Hope you have a wonderful weekend. God Bless.”

This latest spat on social media is another example of our deep nationwide divide and further demonstrates how difficult “unity” could truly be as it is now so easy to publicly mock another person. Social media has also allowed what were once low key feuds to become quite heated, but it has also allowed everyone to take sides.

“The filters are off and things get personal real quick online,” explained technology industry analyst Josh Crandall of Netpop Research. “Celebrities are people and when arguments get personal, people tend to get nasty. It’s in our DNA to defend ourselves and that leads to saying things that we’ll regret later.”

“Celebrity flare-ups on Twitter typically follow a couple of courses,” said Charles King, principal analyst at Pund-IT. “Some are personal brand-building efforts, which aim to draw attention to someone who believes the spotlight is passing them over by theatrically taking on someone with a far higher profile. Others seem more ethically-aimed, like historian Kevin M. Kruse’s takedowns of historical falsehoods that various public figures claim are true. Over time, such exchanges mostly follow highly predictable courses though the verbal slap-downs seem to keep people coming back. If it worked for Don Rickles, maybe Scott Baio can make a go of it.”

While it is unlikely the careers of either Oswalt or Baio will suffer – and in some ways they could end up getting a moment in the spotlight – the same may not be true for the rest of us. Heated words posted on social media live forever, and as the platforms have become a broadcast medium even something meant for a small audience now has a truly global reach.

“There’s going to be some moment during the day when we get caught in an anxious or frustrated moment,” added Crandall. “Humans aren’t perfect. We will lose sight of what’s best for us in those stressed out moments and simply respond with a flame and further incite tension online. So, we need to think about our online commentary the same way we would when writing a difficult letter to a boss or a family member. Often, the best course of action is to write the note and not send it for at least a couple of hours. Many times after re-reading what we’ve written after the fog of stress lifts, we will tone it down a bit.”

It is also ever common for the fans to take sides, and that is why these have become so heated.

“There are certainly celebrity Twitter users who are targeted by individuals and groups that disagree with them,” added King. “When the target in question takes criticism and complaints too seriously, he or she provides attackers exactly what they hope to achieve. Alex Baldwin is a good example of this dynamic. Others have a more adult and nuanced approach. For example, the Twitter account of bestselling sci-fi novelist John SCalzi (@scalzi) is headlined with a pinned Tweet that explains how he uses the service and what followers can expect, including being muted, blocked or reported. I believe his is the most practical and adult approach.”

Celebrities have publicists and other handlers who help manage such situations and even defuse situations. While this exchange wasn’t exactly between Hollywood A-listers, it is still possible there are those mending fences behind the scenes. Again, this isn’t a luxury most people would have, which is why this feud should be seen not for the humor but as a cautionary tale.

“We all need to be better ‘handlers’ of ourselves today,” said Crandall. “Communications are instantaneous and frequently public. It’s more important than ever to take a step back, breathe and think about what you are saying online.”

LONDON — “Nomadland,” Chloé Zhao’s film about a woman forced to join the rising numbers of Americans living out of vans as they search for work, was … END_OF_DOCUMENT_TOKEN_TO_BE_REPLACED

Gov. Greg Abbott of Texas may have been overly optimistic on Sunday when he said on Fox News that his state could be “very close” to herd immunity — … END_OF_DOCUMENT_TOKEN_TO_BE_REPLACED