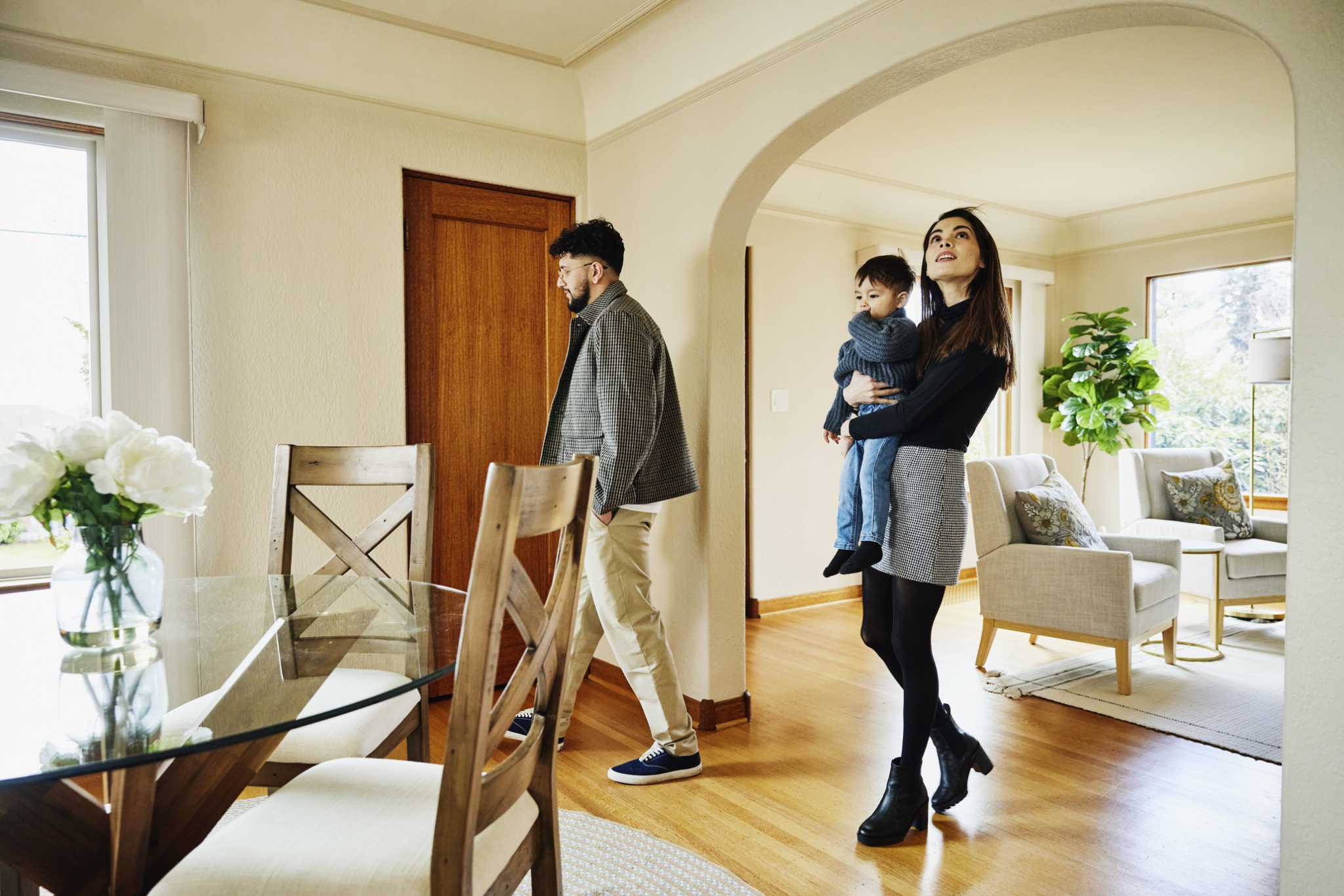 Interest rates on fixed-rate mortgages are likely to remain fairly stable in the first three weeks of September. The forecast gets murkier at the end of the month.

That’s because the Federal Reserve will update its interest rate policy Sept. 21. Rates often stabilize in the two or three weeks prior to Fed meetings. If that pattern holds in September, the rate on the 30-year mortgage will hang out in a range between about 5.75% and 6% until the Fed announcement.

The aftermath of the announcement could be another matter, with up-and-down swings in mortgage rates. But borrowers should brace themselves: Mortgage rates could ratchet upward, like someone climbing a ladder two rungs up and one rung down. Such a path would be consistent with this year’s upward trend for mortgage rates.

The Fed strives to be understood, but investors don’t always catch the central bank’s meaning. When investors hear what they want to hear, the chairman may have to set them straight, as he did in August.

The latest misunderstanding began when the central bank increased the federal funds rate by an aggressive 0.75 percentage point in its July 27 meeting. In the opening statement at his news conference immediately after that meeting, Chair Jerome Powell noted that growth in consumer spending had softened, and that the housing market had weakened. Mortgage rates dropped in the following days, apparently because investors and pundits believed that the Fed was preparing to slow the pace of its rate increases.

But the central bank expects to keep raising short-term interest rates in bigger-than-usual increments. Powell reiterated this point in an Aug. 26 speech, in which he said “another unusually large increase could be appropriate at our next meeting.”

The rate on the 30-year fixed went up almost three-quarters of a percentage point from the end of July to the end of August. The increase eroded borrowers’ buying capacity.


home sales have slowed. In turn, sellers are more accommodating. According to a Realtor.com survey of recent home sellers, almost all sellers nowadays are making upgrades and repairs before they list their homes. And 69% of sellers in August sold their homes at or above the asking price, compared to 82% in February through April.

What happened to rates in August

In my August forecast, I predicted that mortgage rates would rise “as the Federal Reserve continues to yank interest rates higher.” That’s what happened in the run-up to Powell’s Aug. 26 speech, when investors speculated (correctly) that he would reinforce a message that the Fed will continue to confront inflation.

The article Mortgage Rates in September: A Smooth Ride, Then Turbulence originally appeared on NerdWallet.

Soon after Herschel Walker, the former football star, announced he would run for U.S. Senate in Georgia as a Republican, his son Christian appeared … END_OF_DOCUMENT_TOKEN_TO_BE_REPLACED

SpaceX launched four people to the International Space Station from Florida on Wednesday, as Elon Musk's company keeps up a steady pace of crewed … END_OF_DOCUMENT_TOKEN_TO_BE_REPLACED