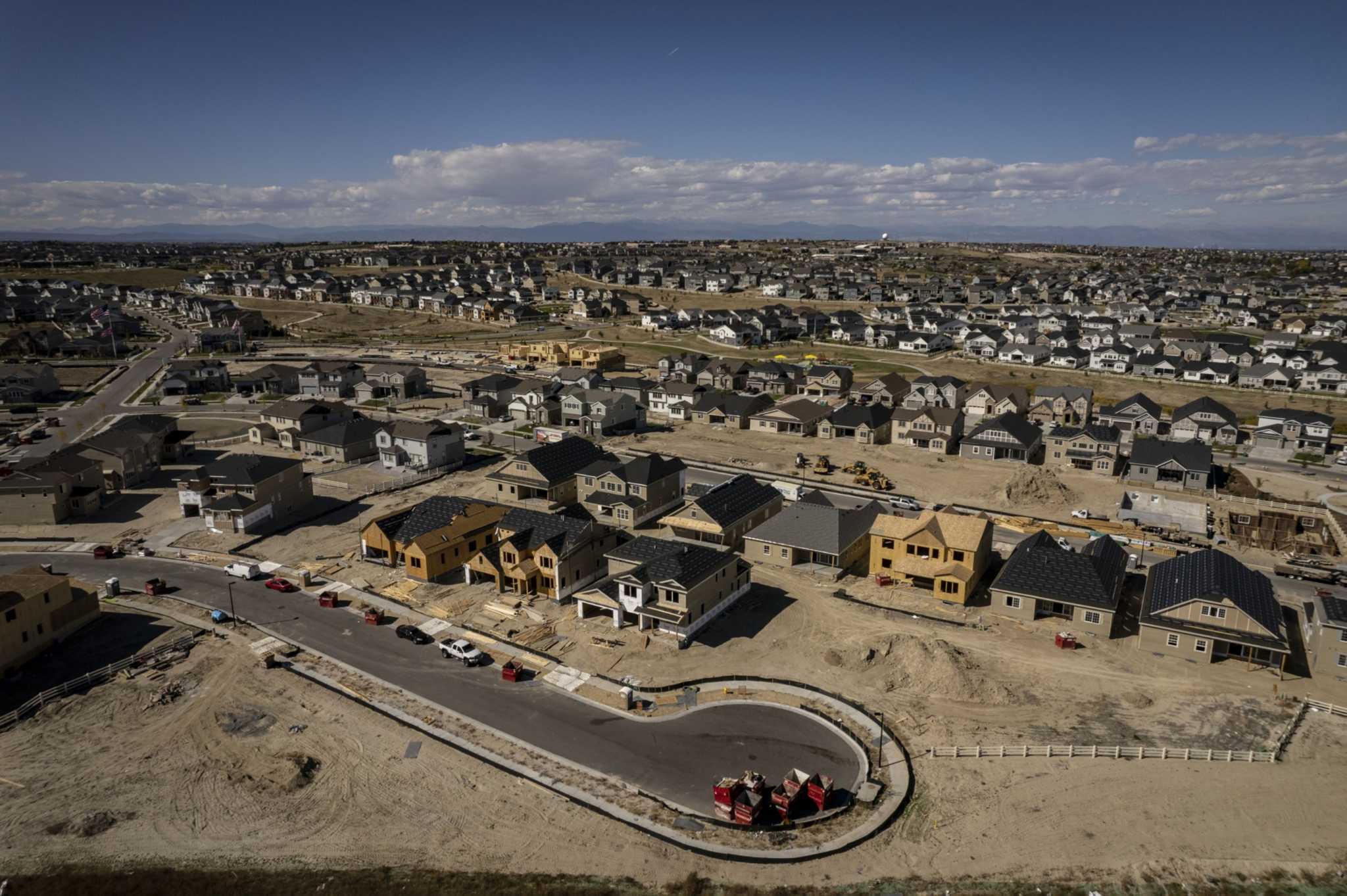 Home-price growth in the U.S. slowed the most on record as a doubling of borrowing costs has sapped demand.

A national measure of prices increased 13% in August from a year earlier, down from 15.6% in July, the S&P CoreLogic Case-Shiller index showed Tuesday. That’s the biggest deceleration in the index’s history.

The housing market has started to slump as the Federal Reserve hikes interest rates to curb the hottest inflation in decades. Even with the deceleration, prices remain high compared to last year. Coupled with mortgage rates that are edging closer to 7%, many would-be buyers have been shut out, while some sellers have retreated.

“The forceful deceleration in U.S. housing prices that we noted a month ago continued,” Craig Lazzara, a managing director at S&P Dow Jones Indices, said in the statement. “Given the continuing prospects for a challenging macroeconomic environment, home prices may well continue to decelerate.”

A measure of price growth in 20 U.S. cities gained 13.1% in August, down from the 16% increase in July. All of those cities posted lower price increases in the year ended August as compared to the year ended July. Miami and Tampa, Florida, as well as Charlotte, North Carolina, posted the biggest gains.

“As we move into the colder months of the year, we can expect further declines in home sales and continued downward adjustment in prices,” said George Ratiu, manager of economic research at Realtor.com.

AUSTIN, Texas--(BUSINESS WIRE)--As the first multifamily management company to be recognized in the Public Relations and Marketing Excellence Awards, … END_OF_DOCUMENT_TOKEN_TO_BE_REPLACED

There have been whispers of cooling housing and rental prices in the San Francisco Bay Area, but that hasn't yet translated into practical, noticeable … END_OF_DOCUMENT_TOKEN_TO_BE_REPLACED

Cars pass in Independence Square at twilight in Kyiv, Ukraine, Monday, Oct. 31, 2022. Rolling ... [+] blackouts are increasing across Ukraine as the … END_OF_DOCUMENT_TOKEN_TO_BE_REPLACED