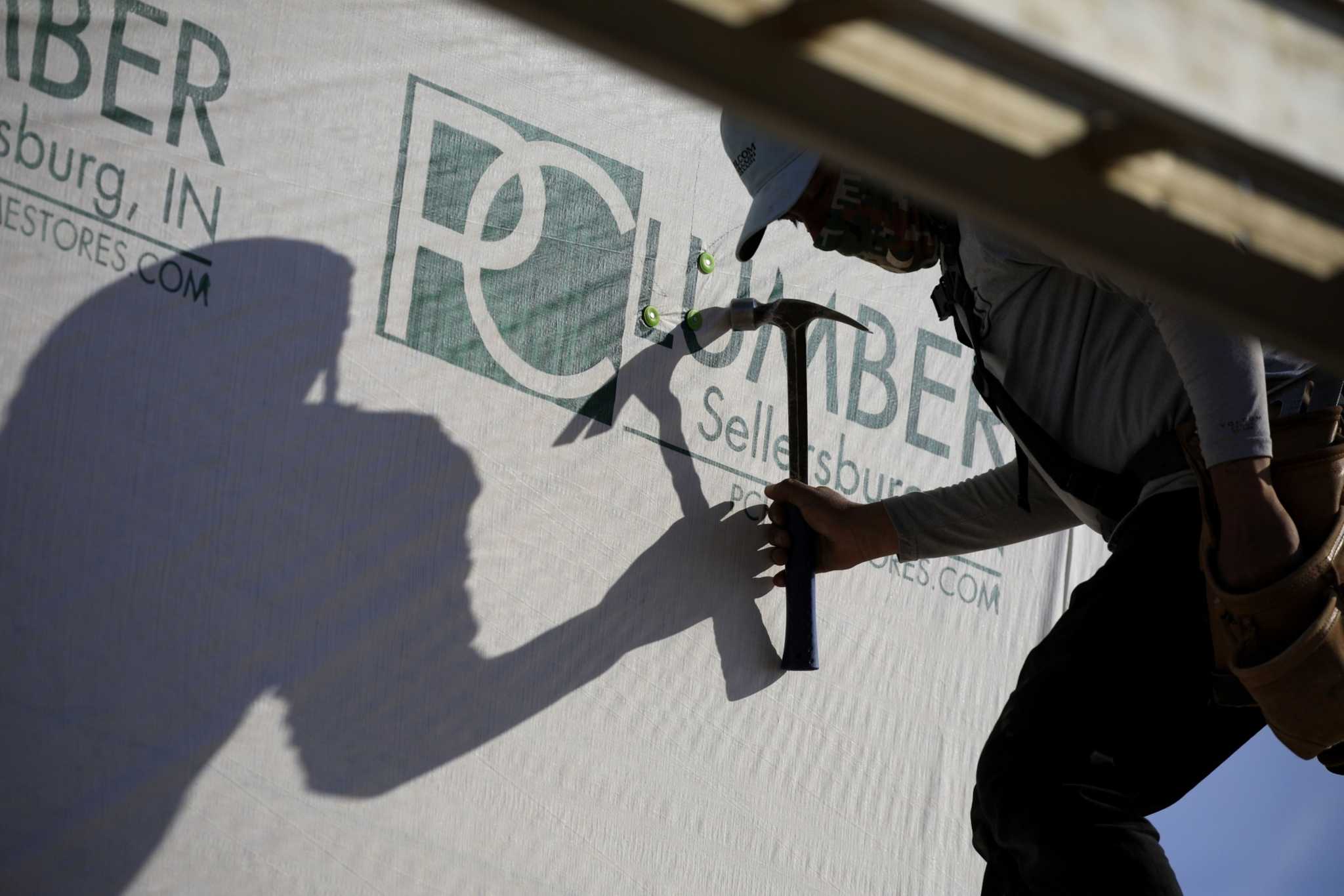 Residential starts decreased 8.1 percent last month to a 1.44 million annualized rate, according to government data released Wednesday. The median estimate in a Bloomberg survey of economists called for a 1.46 million pace.

Applications to build, a proxy for future construction, rose to an annualized 1.56 million units, led by multifamily properties. Permits for construction of one-family homes fell 3.1 percent to a more than two-year low of 872,000 in September.

The housing market is bearing the brunt of the Federal Reserve’s interest-rate hikes as they aim to free the economy of stubborn inflation. The real estate sector is especially susceptible to rising borrowing costs, and the Fed is projected to push ahead with another 75 basis-point increase in early November.

Homebuilder sentiment has declined every month this year and is now at the worst level since the early days of the pandemic, according to data released Tuesday. An S&P supercomposite index of builder stocks has slumped about 35 percent so far this year, compared with a roughly 22 percent drop in the S&P 500.

The slowdown in demand this year, paired with consistent hiring, has led to some easing in labor constraints for builders. Construction payrolls are at their highest since 2007.

The government’s report showed single-family housing starts dropped 4.7 percent to an annualized 892,000 rate, the slowest since May 2020. Construction of multifamily dwellings also declined.

AUSTIN, Texas--(BUSINESS WIRE)--As the first multifamily management company to be recognized in the Public Relations and Marketing Excellence Awards, … END_OF_DOCUMENT_TOKEN_TO_BE_REPLACED

There have been whispers of cooling housing and rental prices in the San Francisco Bay Area, but that hasn't yet translated into practical, noticeable … END_OF_DOCUMENT_TOKEN_TO_BE_REPLACED

Cars pass in Independence Square at twilight in Kyiv, Ukraine, Monday, Oct. 31, 2022. Rolling ... [+] blackouts are increasing across Ukraine as the … END_OF_DOCUMENT_TOKEN_TO_BE_REPLACED