Rising majestically on the corner of Alta Plaza Park, 2500 Steiner just became famous yet again. Inside it, unit #6 sold this November for $15.5 million, which calculates to $4,428 for the 3,500 square foot unit. This price per square foot is SF’s highest ever, per MLS data. The previous record was held by a co-op at 1 Steuart Lane, at $4,012 per square-foot.

Because 2500 Steiner is located on a crest at an elevation of approximately 285 feet, it’s a recognizable sight on the San Francisco skyline. “The elevation and the lack of nearby tall buildings make it one of the most visible buildings in San Francisco,” wrote Bay Area Architects.

It was built in the 1920s by Conrad Alfred Meussdorffer who also designed the St. Regis apartments in Lafayette Park (the Beaux Arts beauty of which catapulted Meussdorffer’s career among the city’s elite), as well as 2006 Washington Street.

Unit #6 is the penthouse in this co-op, which is a distinct type of property. Unlike with a condo, in which the owner owns both the unit and a common share of the property, in a co-op the owner doesn’t technically own the property at all. These sales can be complex, as prospective buyers must meet the approval of a co-op board, and buyers should expect sizable HOA fees. Financing can be tricky too: Some lenders don’t offer co-op loans when there are rules limiting how or to whom you can sell your shares.

But none of that mattered for this apartment, which sold for its record-breaking asking price.

A famous thatch-roof house designed by Earl Young captivated the web and racked up tens of thousands of clicks. Resembling a mushroom, the unusual … END_OF_DOCUMENT_TOKEN_TO_BE_REPLACED 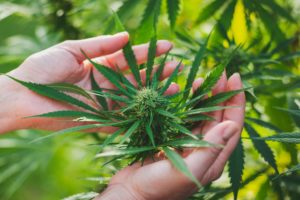 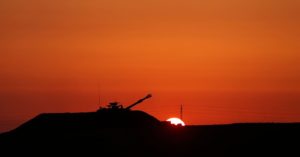 Palestinians searched through rubble on Sunday in Rafah, in southern Gaza, where Khaled Mansour, a top Islamic Jihad militant, was killed in an … END_OF_DOCUMENT_TOKEN_TO_BE_REPLACED