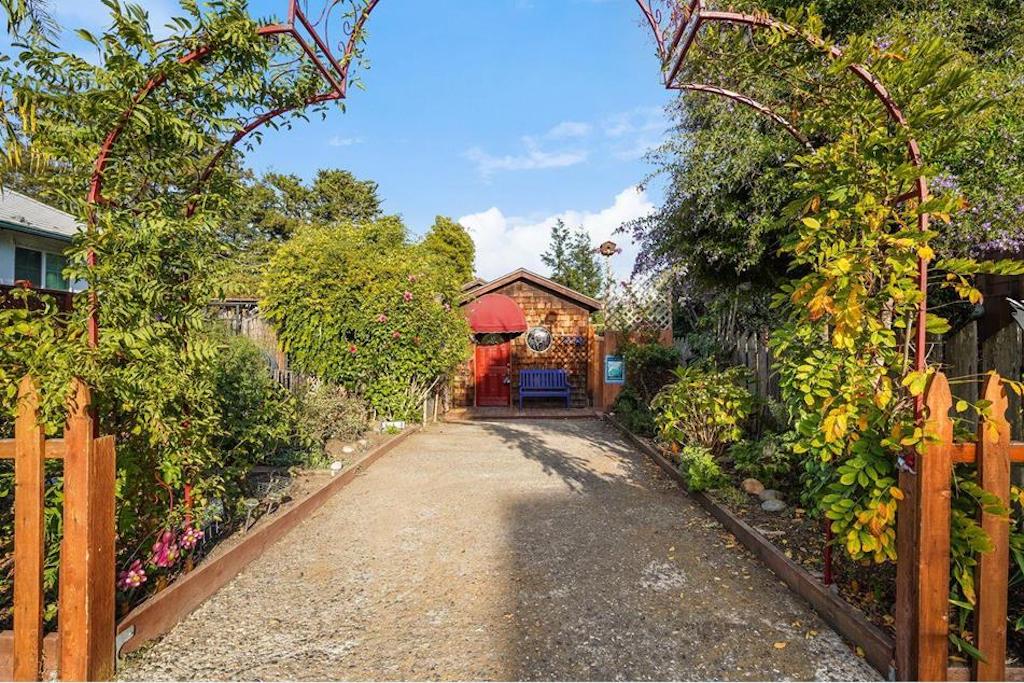 It’s not surprising to see a house sell for more than $1 million in the Bay Area, but it’s a bit more unusual in places like Santa Cruz County — especially when the home is only 328 square feet.

A tiny cottage in the Seabright neighborhood of Santa Cruz has just one bedroom and one bathroom and sold last month for $1 million after an initial listing price of $988,000.

The home is small, but the garage acts as a bonus room since it was converted into a livable space — it even has a bathroom. Since the renovation was done without permits, that square footage can’t officially be included in county records.

Still, listing agent Walter Stauss said the house needs a lot of work and if the new owner does plan to reside in it as a primary residence, which they indicated, they’ll have their work cut out for them.

The property has ample outdoor space, with a backyard that’s both spacious and could be used for additional storage. It’s built on a 3,833-square-foot lot and is set back from the street. Location was probably the most important aspect of this sale. “The reason it sold for as much as it did is because of the location. It’s close to the beach and restaurants,” he said. “People like to be in that neighborhood. It’s close to a bunch of stuff and it has a bunch of character.”

Stauss said he expected the housing market to have slowed down by this time of year, but he hasn’t seen that at all. He’s also continuing to see buyers from the Bay Area coming down to buy primary or secondary homes in Santa Cruz County. “The work-from-home thing has a bigger effect than anyone anticipated,” Stauss said. “Silicon Valley is a huge job market. The fact that people don’t have to commute anymore and can enjoy the Santa Cruz lifestyle is a big deal. I don’t see that changing at all.”

While this is great for the sellers in Santa Cruz looking to relocate elsewhere, it’s been hard for Santa Cruz locals to buy homes. “It’s super unfortunate for people that have grown up here and they can’t afford to buy a house here. It’s a really unfortunate side to this whole thing,” Stauss said.

The sudden collapse of Enron, culminating in what was then the largest bankruptcy filing in U.S. history on Dec. 2, 2001, changed thousands of … END_OF_DOCUMENT_TOKEN_TO_BE_REPLACED

The waterfront Miami Beach mansion that the retired NBA star Chris Bosh sold earlier this year for $14.4 million is back on the market.But Bosh's … END_OF_DOCUMENT_TOKEN_TO_BE_REPLACED