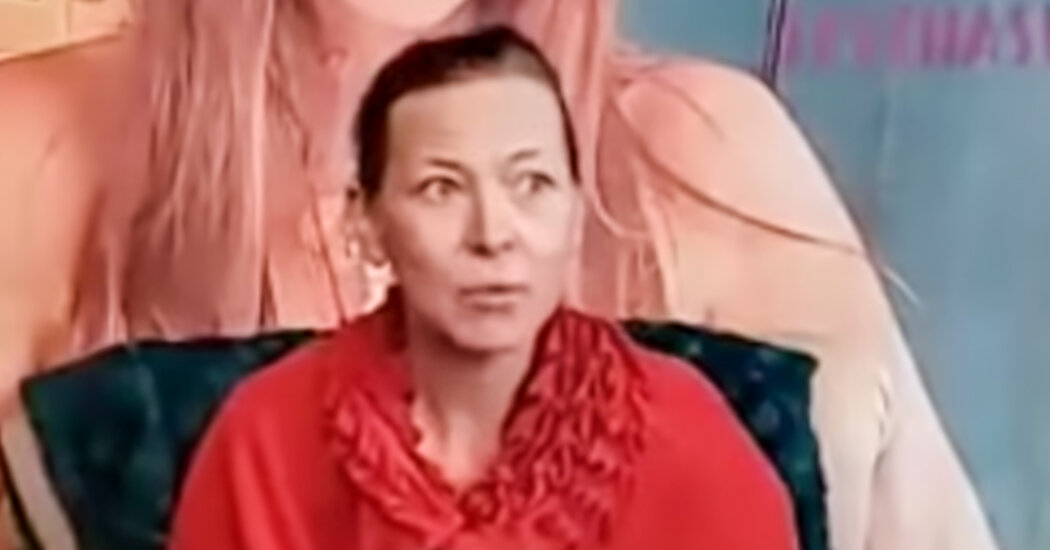 The police in Colorado arrested seven people last week after finding a body, believed to be the leader of a controversial religious group, that was mummified, wrapped in Christmas lights and set up as “some type of shrine,” according to an arrest affidavit.

The body was found at a home in Saguache County after the police received a call about a dead woman on April 28, the affidavit said. The affidavit described her as the leader of the group Love Has Won, which former members and critics have called a cult centered on the teachings of Amy Carlson.

In the call, a man identified as Miguel Lamboy and described as a member of the group said that he had found the body on arriving at his home, where several people had been staying in his absence.

He identified the dead woman as Lia Carlson, 45, the affidavit said.

The writer Be Scofield reported Amy Carlson’s death on April 30, and Cole Carlson, the woman’s estranged son, told the news station KDVR that his mother was also known as Lia Carlson.

the “Dr. Phil” talk show last year, she said she was “paralyzed.”

“Ms. Carlson is believed to be the leader of ‘Love Has Won’ and goes by the name ‘Mother God,’” the affidavit said. Her group has repeatedly drawn opposition from neighbors and relatives of its members, some of whom allege abusive practices.

Mr. Lamboy told the Colorado authorities that the body was clearly dead because it was missing eyes. He said he had tried to leave the house with his son, who was at the house, but that others had stopped him. The police executed a search warrant to check on the welfare of his son and to search for the dead person.

At the house, they found “mummified remains” lying on a bed and wrapped in what looked like a sleeping bag, the affidavit said. There was “glitter type makeup on around the eyes” and the body was decorated with Christmas tree lights, it added, creating the effect of “some type of shrine.”

Sheriff’s deputies found seven adults and two children, ages 2 and 13, in the house. The adults were arrested on charges of abuse of a corpse and child abuse. “Both children were in good health and sleeping at the time the search warrant was conducted,” the affidavit said.

on his show with allegations of abuse, which they denied.

In September, the group’s presence in Hawaii led to protests and intervention by the police and the mayor of Maui. Three group members were “intercepted” at the airport, and 11 people traveling from Kauai were stopped on Oahu and diverted to a flight to Colorado, the city said. The Maui police said at the time that the group had decided to leave Kauai for its members’ safety.

A group member told The Denver Post that month that they had traveled to Hawaii because their leader was suffering from cancer and in declining health.

The Mount Shasta Herald reported that several members were living in an RV park.

In Colorado, the Saguache County Sheriff’s Office had received “many complaints from families within the United States saying that the group is brainwashing people and stealing their money,” the affidavit said.

The Saguache County Sheriff’s Office referred questions to the affidavit and the courts. The Colorado Bureau of Investigation is “assisting the investigation,” said a spokeswoman, Susan Medina.

It’s a property that offers a unique open floor plan—plus a hot tub with a view.“It was a Methodist church located in a historic little area of St. … END_OF_DOCUMENT_TOKEN_TO_BE_REPLACED