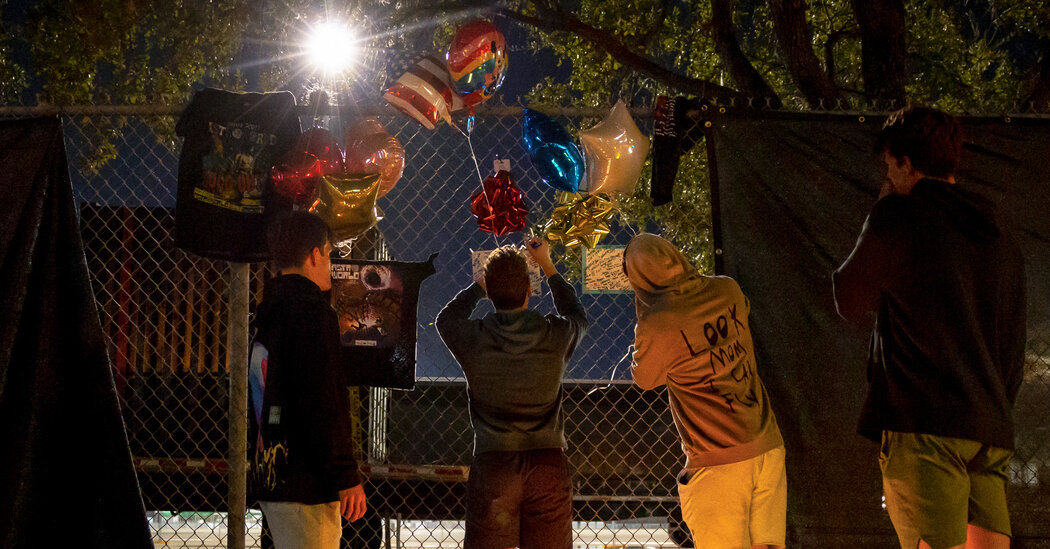 A 9-year-old boy on Sunday became the 10th, and youngest, person to die from injuries sustained at the Astroworld festival.

The boy, Ezra Blount, had been in a medically induced coma from injuries his family believes he sustained after being trampled at the Nov. 5 festival, an outdoor concert in Houston headlined by the rapper Travis Scott that was attended by 50,000 and took a tragic turn after a crowd surge occurred near the stage during his performance. Authorities are still trying to determine the cause.

The death was announced on Sunday night by the mayor of Houston, Sylvester Turner.

“Our city tonight prays for his mom, dad, grandparents, other family members and classmates at this time,” Mr. Turner wrote on Twitter. “They will need all of our support in the months and years to come. May God give them strength.”

Ezra, a fan of Mr. Scott, spent the concert on the shoulders of his father, Treston Blount. But the boy became one of more than 300 people who sustained injuries. Some had heart attacks.

a GoFundMe page. After passing out from lack of oxygen, Mr. Blount regained consciousness with no idea where his son was. By the time they were reunited, his son had swelling in the brain as well as “trauma in nearly all organs,” Mr. Blount wrote.

As Ezra spent the rest of his days in a hospital, his father documented his son’s condition on the GoFundMe page, where thousands of people made donations.

“Thank you everyone for what you have done for my family,” Mr. Blount wrote on Nov. 11. “Please keep hope alive and never stop praying.”

The Blount family previously filed a lawsuit against Mr. Scott; Live Nation Entertainment, which promoted the concert; and others. Dozens more have filed lawsuits, and the Houston Police Department is conducting a criminal investigation into the festival.

“This should not have been the outcome of taking their son to a concert, what should have been a joyful celebration,” Ben Crump, the lawyer who represents the Blount family, wrote in a statement. “Ezra’s death is absolutely heartbreaking.”

AUSTIN, Texas--(BUSINESS WIRE)--As the first multifamily management company to be recognized in the Public Relations and Marketing Excellence Awards, … END_OF_DOCUMENT_TOKEN_TO_BE_REPLACED

There have been whispers of cooling housing and rental prices in the San Francisco Bay Area, but that hasn't yet translated into practical, noticeable … END_OF_DOCUMENT_TOKEN_TO_BE_REPLACED

Cars pass in Independence Square at twilight in Kyiv, Ukraine, Monday, Oct. 31, 2022. Rolling ... [+] blackouts are increasing across Ukraine as the … END_OF_DOCUMENT_TOKEN_TO_BE_REPLACED