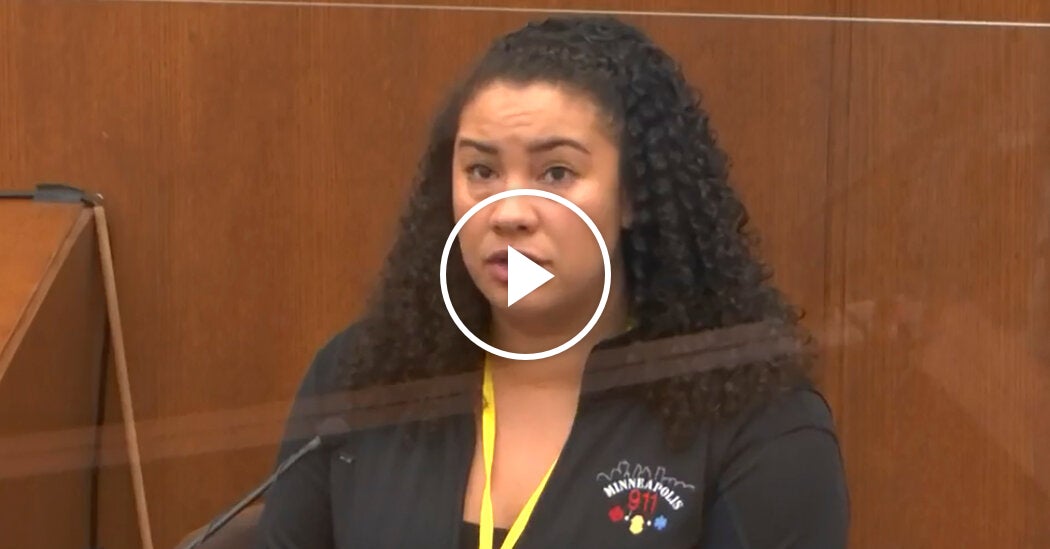 This is what you mean by them having him on the ground? Correct I was in and out of looking at this screen and then my work. And at some point then did you go back to this and did it how did it appear at that time when you went back to it? It had not changed. And what do you mean by that? They were still on the ground. The whole situation was still the same. What did you think about this when you looked back and saw that it hadn’t changed? I first asked if the screens had frozen. Why did you ask that? Because it hadn’t changed. And did you find that it had frozen? No, I was told that it was not frozen. Did you see the screen change yourself? Yes, I saw the persons was moving. So I wanted to start thinking at that point? Something might be wrong. Why? We don’t get these videos often or, you know, video at all unless it’s looking at the bridge or just looking at people walking. We very rarely get incidents where police are actively on a scene and they had changed. They had come from the back of the squad to the ground. And my instincts were telling me that something’s wrong, something was not right. I don’t know what, but something wasn’t right. In what ways was not. Were you thinking that something was not right? It was an extended period of time. Again, I can’t tell you the exact amount of time. And they hadn’t told me that they needed any more resources. It’s a multitude of different things that ran through my brain. But I became concerned that something might be wrong. And what did you decide to do? I took that instinct. And I called the Sergeant.

DONETSK REGION, Ukraine — Between the cracks of mortar fire and the metallic bangs of Russian self-detonating mines, Yurii, a Ukrainian Army medic, … END_OF_DOCUMENT_TOKEN_TO_BE_REPLACED

SAN FRANCISCO — Cleve Jones has lived in the Castro neighborhood for nearly 50 years, almost from the day he graduated from high school in Phoenix and … END_OF_DOCUMENT_TOKEN_TO_BE_REPLACED