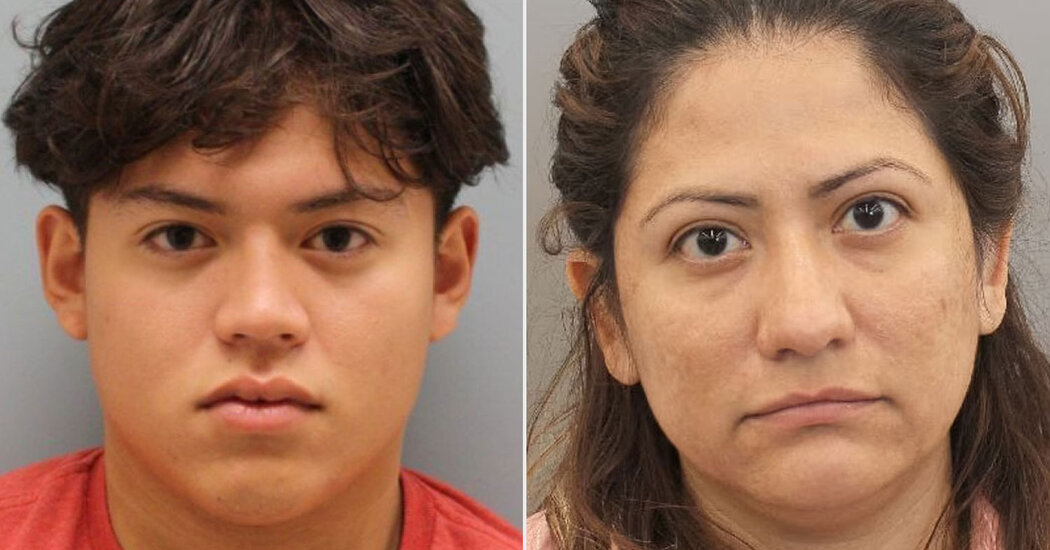 Luis and Florinda Argueta were fed up, according to court documents.

Their son, Joe Argueta, 19, had been feuding with another teenager and his friends who had been harassing the family for weeks, slashing their car tires and shooting at their house in Houston, the Harris County Sheriff’s Office and a lawyer for the younger Mr. Argueta said.

Florinda Argueta, 39, hatched a plan: The family would stay up all night, wait for the teenager and his friends and “deal with them,” according to a report filed by a Harris County prosecutor.

Late on Monday night, Ms. Argueta’s brother, Margarito Alcantar, waited near the end of a street in an SUV, prosecutors said.

At around 11:30 p.m., a dark-colored Dodge that the family believed belonged to one of their harassers pulled up near the Arguetas’ house and the family pounced, the report said. The SUV blocked the Dodge from one side and Ms. Argueta pulled up behind it in her Honda sedan.

said on Facebook. “Now, four are charged in murder.”

The prosecutor’s report said that “all four defendants actively participated in the plan to chase” Mr. Clark down a public road, block his path, then assault him with a bat and a gun.

“Eddie Reece Clark III was a neighbor that lived on an adjoining street and was merely driving home when he was accosted by the defendants,” the report said.

told reporters after the shooting.

Someone had shot at their house at least twice and tires had been slashed in the driveway, Sergeant Bell said. “It was an ongoing disturbance,” he said.

After he was shot, Mr. Clark crashed his car into a tree and tried to run away but soon collapsed on the ground.

The mother and son gave conflicting versions of what happened next.

According to the prosecutor’s report, Ms. Argueta approached Mr. Clark as he was on the ground, tapped him with a bat and asked “Who sent you?”

The younger Mr. Argueta initially told investigators that he had shot at the car but later said that it was his father who fired the weapon, according to the report. He told the police that he, his father and his uncle caught up with Mr. Clark after he collapsed on the ground.

Joe Argueta said he asked Mr. Clark who had sent him. “I didn’t do anything to you,” Mr. Clark replied, according to the prosecutor’s report.

When the police arrived, they found Mr. Clark on the ground, still alive. He was flown to a Houston hospital and died two hours later.

When you think of Oscar winner Sandra Bullock, the first words that come to mind are probably not "organic farmer."But that's one of the many things … END_OF_DOCUMENT_TOKEN_TO_BE_REPLACED