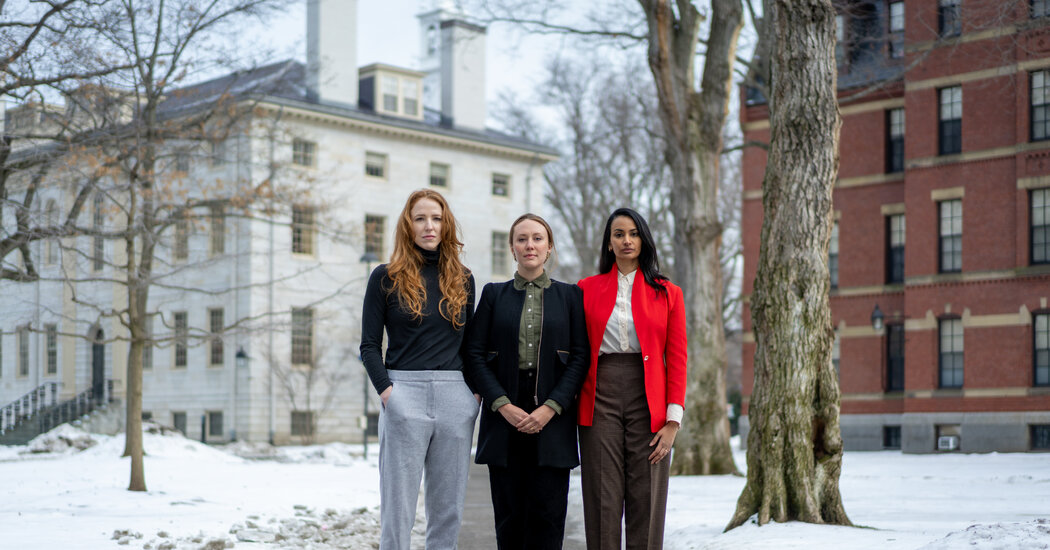 Harvard is not the only university struggling with these types of complaints. Under Title IX, the federal education law that forbids sex discrimination, universities must investigate or otherwise determine what occurred when a complaint is filed — not always an easy task. Faculty and students are often dissatisfied, because the emphasis on confidentiality leads to a lack of transparency in the investigations.

Just last month, the University of Michigan dismissed its president for his failure to disclose an affair with a subordinate, and Florida International University’s president abruptly resigned, apologizing for having “caused discomfort for a valued colleague.”

At Harvard, both sides are unhappy with the administration’s handling of Dr. Comaroff’s case. The women say that he manipulated the system against them by recruiting influential academics to his side, closing off mentoring opportunities for them.

His lawyers branded the internal review process that ended in sanctions against him a “kangaroo court.”

In what may be an indication of the issues at stake, one of Dr. Comaroff’s lawyers, Janet Halley, a prominent feminist law professor at Harvard, has been a critic of the adjudication of Title IX cases for lacking due process.

In court papers filed Tuesday, Ms. Kilburn, the graduate student, said Dr. Comaroff’s rape comments were part of a pattern of misbehavior that she experienced at his hands. In the winter of 2017, as she was trying to decide between Harvard and Columbia, Dr. Comaroff took her to lunch and, according to the lawsuit and an interview, while saying goodbye, pressed against her and kissed her on her mouth. He whispered, “Go visit Columbia, but then come back here,” according to the complaint.

“I was desperate to think that it was an accident, but his subsequent behavior made it clear that it was not,” she said. During a brunch at his house, he followed her as she went to get her bag, she said, and once again leaned in for a kiss.

America is absorbing the shock of another bloody mass shooting, a day after an 18-year-old man wearing body armour and carrying assault rifles entered … END_OF_DOCUMENT_TOKEN_TO_BE_REPLACED

Once home to baseball Hall of Famer Ty Cobb, this estate rests on the eastern shores of Lake Tahoe. Now, 1472 Flowers Ave. is on the market asking … END_OF_DOCUMENT_TOKEN_TO_BE_REPLACED