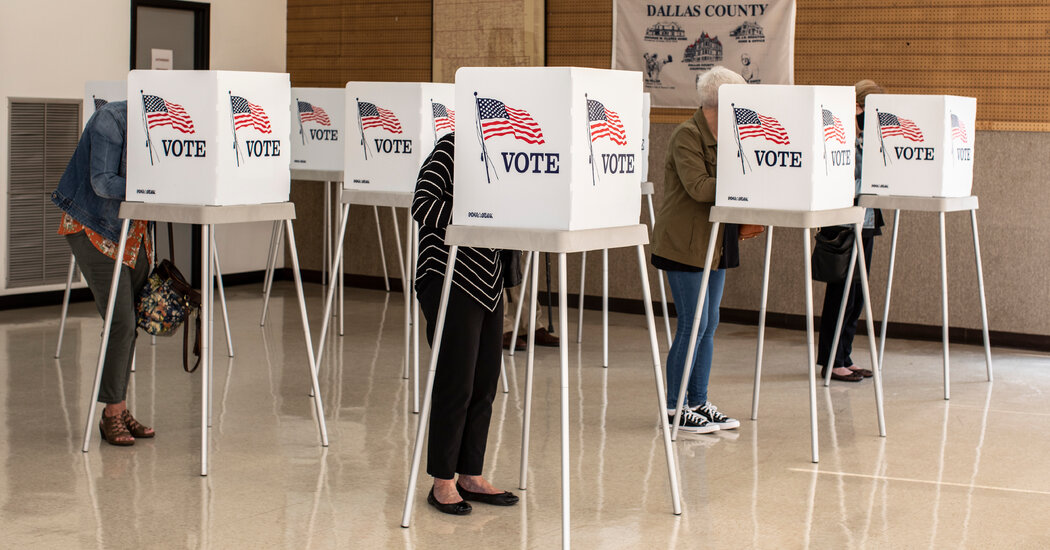 “It’s like a perpetual motion machine — you create the fear of fraud out of vapors and then cut down on people’s votes because of the fog you’ve created,” said Michael Waldman, the president of the Brennan Center for Justice at New York University. “Politicians, for partisan purposes, lied to supporters about widespread fraud. The supporters believe the lies, and then that belief creates this rationale for the politicians to say, ‘Well, I know it’s not really true, but look how worried everybody is.’”

Calls to change election laws because of public perceptions are not new: Reports in 2001, 2005 and 2008, for example, warned of the potential repercussions of voter distrust. In 2008, the Supreme Court upheld Indiana’s voter ID law based partly on the argument that it would increase confidence in the state’s elections. And confidence tends to fall at least somewhat after every election among voters in the losing party, according to Charles Stewart III, a director of the Election Data and Science Lab at M.I.T.

But there are some key differences this year, voting rights and disinformation experts say. First, the scale of the legislative efforts — as measured both by the number of bills introduced and the extent of the restrictions they propose — is greater than in past election cycles. Second, the falling confidence in the electoral system is directly traceable to a disinformation campaign. And the drop in confidence among Republicans is far steeper than anything seen in past cycles.

Robin Vos, the Republican speaker of the Wisconsin State Assembly, told reporters in January, “We have to improve the process when literally hundreds of thousands of people in Wisconsin doubt that the election was held in a way that didn’t have substantial charges of fraud.” State Senator Judy Ward of Pennsylvania, a Republican, wrote in a memo that a bill she had introduced would free elections “from the shadow of doubt that has been cast over the democratic process.” State Senator Ralph Hise of North Carolina, also a Republican, said in March, “Even if there is no cause for that suspicion, perception impacts trust, and that’s something to take seriously.”

In an email to The Times, Mr. Hise said it would be wrong to suggest “that Republicans are ‘evolving’ their arguments in bad faith to try to suppress votes.”

“Lack of voter confidence is real; the rhetoric surrounding the 2020 election certainly contributes to that, but it existed for many years before 2020 and impacts voters from both parties,” he said. “Elected officials have a responsibility to respond to declining voter confidence, and failure to do so is dangerous to the health of our republic.”

AUSTIN, Texas--(BUSINESS WIRE)--As the first multifamily management company to be recognized in the Public Relations and Marketing Excellence Awards, … END_OF_DOCUMENT_TOKEN_TO_BE_REPLACED

There have been whispers of cooling housing and rental prices in the San Francisco Bay Area, but that hasn't yet translated into practical, noticeable … END_OF_DOCUMENT_TOKEN_TO_BE_REPLACED

Cars pass in Independence Square at twilight in Kyiv, Ukraine, Monday, Oct. 31, 2022. Rolling ... [+] blackouts are increasing across Ukraine as the … END_OF_DOCUMENT_TOKEN_TO_BE_REPLACED