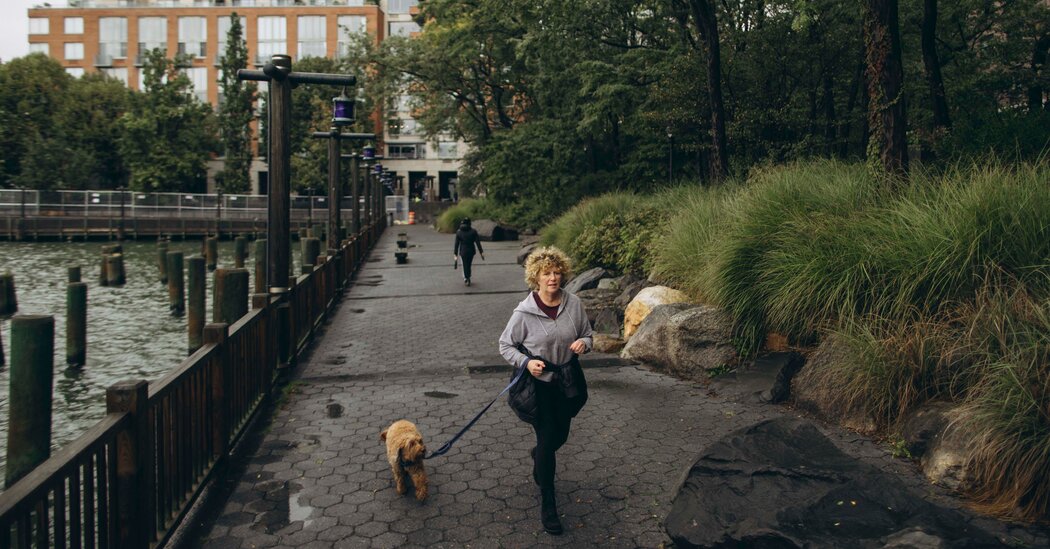 In the nearly three decades since Robert F. Wagner Jr. Park, a 3.5-acre green oasis built for leisure, opened in Battery Park City in Lower Manhattan, it has become a cherished backyard for residents and a destination for many others who come for the uninterrupted views of New York Harbor and the Statue of Liberty.

Now, an ugly fight has erupted over its fate.

Wagner Park is to be demolished and then rebuilt on higher ground by the Battery Park City Authority, a state-run public-benefit corporation, as part of a $221-million-plus resiliency plan to protect the south end of the neighborhood and Lower Manhattan from flooding, as climate change brings more intense and frequent storms and rising sea levels.

But the plan has drawn angry protests from some of the residents who live in the park’s surrounding high-rise towers. They say that demolishing the park goes too far. They have called for a less drastic approach that would make improvements to the existing park to achieve the same resiliency goal.

“It’s like, ‘In order to save the park, I have to destroy the park,’” said Kelly McGowan, 59, a finance executive who has lived in Battery Park City since 1989. “It makes no sense and we’re just trying to inject some rationality into this.”

A resiliency plan that cut down hundreds of trees in East River Park this year and last year drew fierce criticism from residents. (In Wagner Park, 48 trees will be removed, and 139 trees will be planted in the rebuilt park).

Such neighborhood conflicts are likely to become more common as resiliency plans are carried out by various city, state and federal agencies, which may take different approaches and not necessarily coordinate closely with one another or communicate effectively with residents.

“What the government is missing is a unified approach and a sole entity that is accountable to answer all the questions,” said Amy Chester, the managing director of Rebuild by Design, a nonprofit that works on making infrastructure more resilient.

protested this summer after realizing there would be a significant reduction in lawn space from the existing park.

increase lawn space, though it is still 10 percent less than the existing park. The changes cost several hundred thousand dollars, they said.

Mr. Jones said they have been transparent in developing their plan, including posting information online. “It wasn’t a big reveal in May what the design was going to be, this has been a process that everyone has had the opportunity to be part of along the way,” he said.

Not all residents are against the demolition and rebuilding of the park. Jeff Galloway, 68, a litigation finance consultant, said that elevating the park was the best option “out of a bunch of bad alternatives” that would be more disruptive to the community. “If you could keep the park as it is, that would be great,” he said. “That does not seem to be physically possible if you accept the climate change projections.”

But Britni Erez, 40, a member of the neighborhood association, said that Wagner Park was too important to families like hers to demolish without carefully considering every possible option. When her husband, who is a doctor, was based at a Brooklyn hospital during a peak in the pandemic, their family would reconnect in their neighborhood parks.

“They should have dug deeper on an alternative,” she said. “We’re not climate deniers, we’re not saying ‘Don’t do anything.’ We want a better resiliency project.”

AUSTIN, Texas--(BUSINESS WIRE)--As the first multifamily management company to be recognized in the Public Relations and Marketing Excellence Awards, … END_OF_DOCUMENT_TOKEN_TO_BE_REPLACED

There have been whispers of cooling housing and rental prices in the San Francisco Bay Area, but that hasn't yet translated into practical, noticeable … END_OF_DOCUMENT_TOKEN_TO_BE_REPLACED

Cars pass in Independence Square at twilight in Kyiv, Ukraine, Monday, Oct. 31, 2022. Rolling ... [+] blackouts are increasing across Ukraine as the … END_OF_DOCUMENT_TOKEN_TO_BE_REPLACED