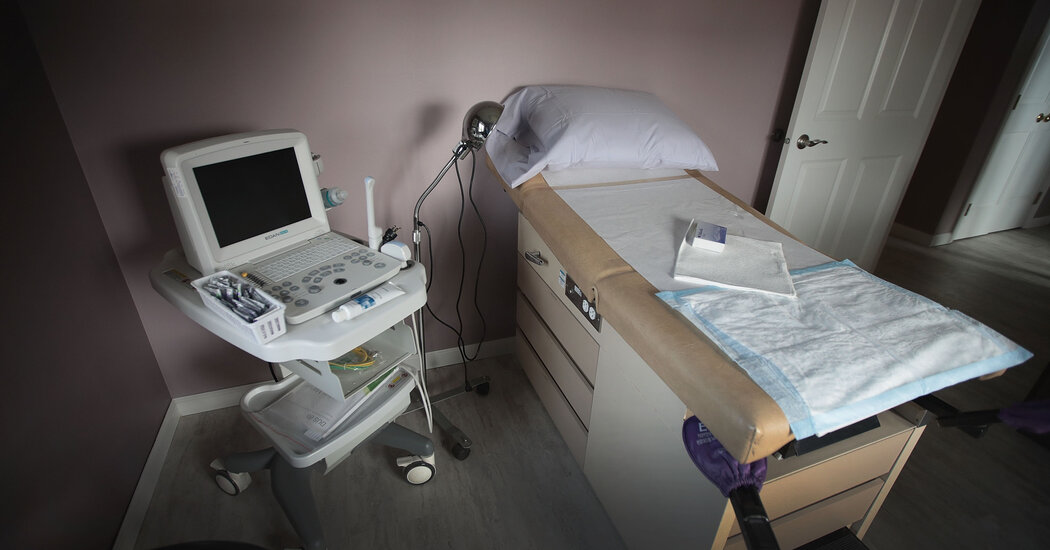 The American Civil Liberties Union, whose advocacy on reproductive rights is of more than a half-century vintage, recently tweeted its alarm about the precarious state of legal abortion:

This tweet encompassed so much and so many and yet neglected to mention a relevant demographic: women.

This was not an oversight, nor was it peculiar to the language favored by the A.C.L.U. Language has been changing fast, even as the Supreme Court appears poised to overturn a constitutional guarantee to abortion rights and progressives face the task of spearheading opposition.

From Planned Parenthood to NARAL Pro-Choice America to the American Medical Association to city and state health departments and younger activists, the word “women” has in a matter of a few years appeared far less in talk of abortion and pregnancy.

Care for Breastfeeding People,” the governor of New York issued guidance on partners accompanying “birthing people” during Covid, and city and some state health departments offer “people who are pregnant” advice on “chestfeeding.”

The Cleveland Clinic, a well-known nonprofit hospital, posed a question on its website: “Who has a vagina?” Its answer begins, “People who are assigned female at birth (AFAB) have vaginas.” The American Cancer Society website recommends cancer screenings for “people with a cervix.”

an editorial for a British medical journal in which she noted the pressure for clinicians in Britain, where questions of gender are no less charged, to use phrases such as “human milk” rather than “breast milk.” She cautioned they risked losing a larger audience.

“If the aim is to maximize respect for every person’s sense of self, it must follow that female patients who simply understand themselves as women cannot either be expected to ‘go along silently with language in which they do not exist,’” she wrote, quoting advocates of gender-neutral language.

For those who fight in the trenches of reproductive politics, the surprise is that a turn to gender-neutral language surprises. Louise Melling, a deputy legal director for the A.C.L.U., noted that not long ago male pronouns and terms such as “mankind” were considered sufficient to cover all women. Language is a powerful instrument, she said, and helps to determine political consciousness.

defending its use of “birthing people”: “We use gender neutral language when talking about pregnancy, because it’s not just cis-gender women that can get pregnant and give birth.”

Feminists such as Ms. Atkinson and the writer J.K. Rowling have been outspoken in stating that women have a right to their spaces — locker rooms, domestic abuse shelters, prisons — that are separate from men and transgender women.

The State of Roe v. Wade

What is Roe v. Wade? Roe v. Wade is a landmark Supreme court decision that legalized abortion across the United States. The 7-2 ruling was announced on Jan. 22, 1973. Justice Harry A. Blackmun, a modest Midwestern Republican and a defender of the right to abortion, wrote the majority opinion.

What was the case about? The ruling struck down laws in many states that had barred abortion, declaring that they could not ban the procedure before the point at which a fetus can survive outside the womb. That point, known as fetal viability, was around 28 weeks when Roe was decided. Today, most experts estimate it to be about 23 or 24 weeks.

What else did the case do? Roe v. Wade created a framework to govern abortion regulation based on the trimesters of pregnancy. In the first trimester, it allowed almost no regulations. In the second, it allowed regulations to protect women’s health. In the third, it allowed states to ban abortions so long as exceptions were made to protect the life and health of the mother. In 1992, the court tossed that framework, while affirming Roe’s essential holding.

These and other pointed criticisms angered transgender activists and their allies, who denounced them as transphobes. Some object as well to the language of the abortion rights movement, which talks of a “war on women.” “It’s really difficult,” a transgender activist wrote, “to be present in a movement that is so incredibly cissexist.”

In New York City, the progressive Working Families Party and Democratic Socialists of America are political powers. When Politico obtained a draft opinion that indicated the Supreme Court was primed to overturn Roe v. Wade, which provides a constitutional right to abortion, these parties issued ringing denunciations — in studiously gender-neutral language.

The world of mainstream Democratic politics gives voice to these sentiments in a more familiar argot, one aimed at voters rather than activists.

Last year the Biden administration put out budget documents that reflected the gendered discourse of progressives and referred to “birthing people.” Conservatives pounced.

But this month, when word leaked of a potential Supreme Court turnabout, President Biden was unequivocal and practiced in his language choices. “I believe that a woman’s right to choose is fundamental,” he said. “Basic fairness and the stability of our law demand that it not be overturned.”

A few left-leaning congressional representatives have adopted movement language. Representative Cori Bush, Democrat of Missouri, testified last year about “birthing people.” But it is far more common to hear senators and congressional representatives, female and male alike, refer to women. “We cannot go back to the days when women had to risk their lives to end an unwanted pregnancy,” said Senator Bernie Sanders, a democratic socialist who represents Vermont.

Prof. Laurel Elder of Hartwick College and Prof. Steven Greene of North Carolina State University have studied the growth of feminist identity by age and education. Many young activists, Professor Elder noted, reject male and female distinctions altogether. “But,” she said, “the reality is that the larger society is not there yet.”

Professor Greene questioned the wisdom of activists in insisting that a mass-based movement discard its base and core sexual identity. Why not, for instance, insist that women and transgender men are each embattled when it comes to abortion?

“Activists are adopting symbols and language that are off-putting not just to the right but to people in the center and even liberals,” he noted.

For this reason he was not surprised when most Democratic politicians declined to echo the language of progressive organizations. “You don’t become a candidate for the presidency or speaker of the House by being dumb about what works in politics,” he said. “Democrats were not going to be afraid to use the word ‘women.’”

The poshest place in California's Coachella Valley is The Madison Club. This exclusive gated community in La Quinta is where A-listers and tycoons … END_OF_DOCUMENT_TOKEN_TO_BE_REPLACED

KOROPY, Ukraine — Four men tugged at long strips of fabric to lift a coffin out of the gaping hole in the backyard of a small house. They flung the … END_OF_DOCUMENT_TOKEN_TO_BE_REPLACED