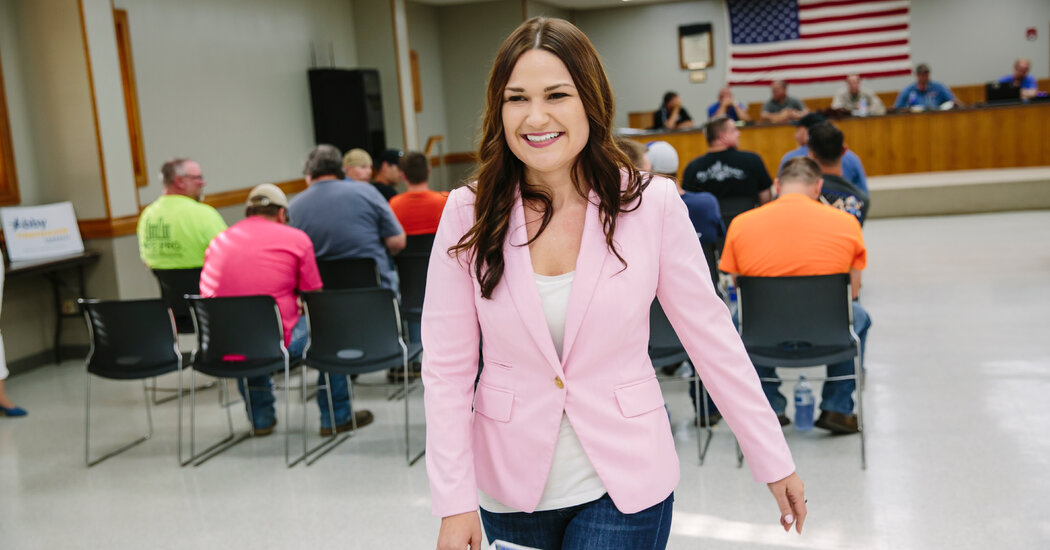 Former congresswoman Abby Finkenauer, a 32-year-old Democrat, is jumping into next year’s race against Senator Charles E. Grassley of Iowa, an 87-year-old Republican who was first elected to the seat eight years before she was born.

Ms. Finkenauer, who is from Dubuque, was narrowly defeated by the Republican Ashley Hinson last year after serving a single term representing the eastern part of the state. She kicked off her campaign Thursday by accusing Mr. Grassley and other top Republicans of “remaining silent” when the Capitol was attacked on Jan. 6.

“It’s politicians like Senator Grassley and Mitch McConnell who should know better but are so obsessed with power that they oppose anything that moves us forward,” she said in an announcement video posted on her Twitter account. “Since the Capitol was attacked, they’ve turned their backs on democracy and on us.”

Mr. Grassley, who was the third-ranking Republican at the time of the riot, decried it as “an attack on American democracy itself” and called on the perpetrators to be “prosecuted to the fullest extent of the law.”

scheme” intended to distract from what he called President Biden’s failure to contain the migrant crisis at the border. And he has compared the most serious assault in the history of the Capitol to smaller, violent left-wing demonstrations in Portland, Ore., and other cities.

A spokesman for Mr. Grassley did not immediately respond to a request for comment.

Ms. Finkenauer, who has run as a moderate in the past to attract centrists in a district that contained the urban centers of Cedar Rapids and Waterloo, signaled that she would focus on union rights, the agricultural sector and issues vital to her generation of younger voters in the upcoming election.

“My parents could not give me a trust fund or debt-free college, but they taught me about seeing work to be done and doing it,” said Ms. Finkenauer, whose father was a welder, and mother a public school employee.

She is the first Democratic candidate to announce her candidacy. Mr. Grassley defeated his Democratic challenger in 2016, former Iowa Lt. Gov. Patty Judge, by 25 points — a similar margin as in his previous victories.

The state, once a bipartisan proving ground, veered sharply to the right in the last two presidential elections, delivering solid victories to former President Donald J. Trump after narrowly breaking for former President Barack Obama in the previous two cycles.

Republicans responded to Ms. Finkenauer’s announcement by tying her to her party’s left wing, and by mocking her failure to win a second term.

“Abby Finkenauer and her far-Left positions are indistinguishable from those of Bernie Sanders, A.O.C., and the socialist squad, so it’s not surprising Iowans fired her just last year,” a National Republican Senatorial Committee spokeswoman said in a statement. “Today, Abby signed up to become a two-time loser.”

You were seeing double this week: A spectacular $54 million compound featuring two equally luxurious mansions separated by a private lake in Southwest … END_OF_DOCUMENT_TOKEN_TO_BE_REPLACED

Taylor Heinicke #4 of the Washington Football Team celebrates after defeating the Seattle Seahawks at FedExField on November 29, 2021 in Landover, … END_OF_DOCUMENT_TOKEN_TO_BE_REPLACED

Members of the Ukrainian Police force, Larisa, 31, and Roman, 30, get married at a wedding hall at an expo center in Kyiv, Ukraine, on … END_OF_DOCUMENT_TOKEN_TO_BE_REPLACED