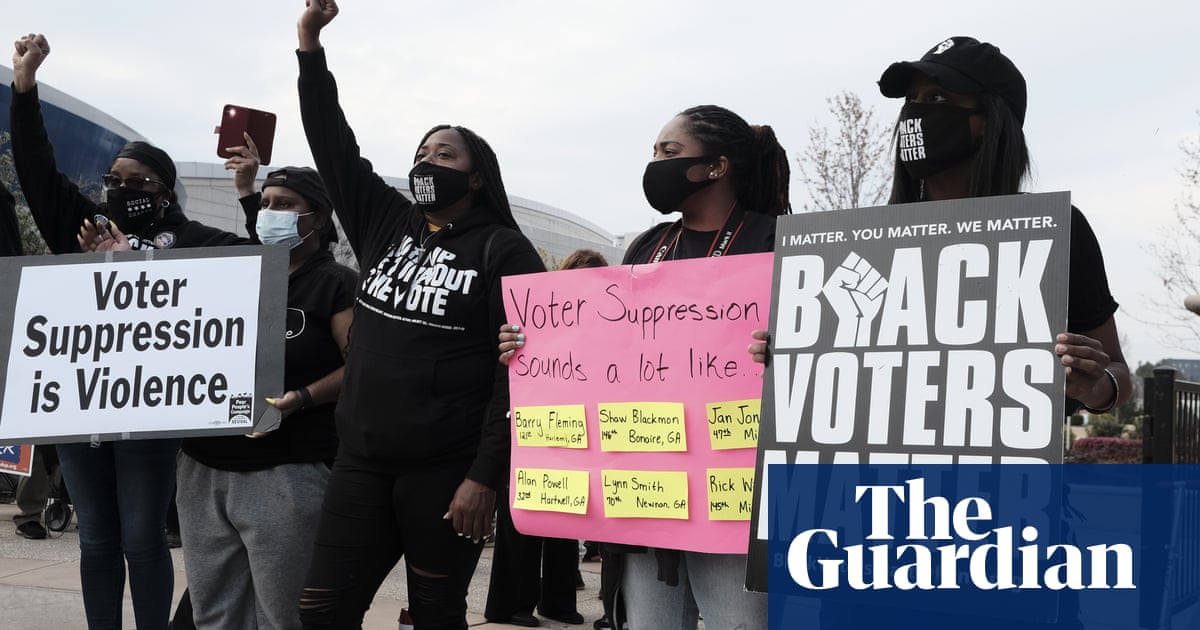 Civil rights groups are escalating pressure on major Georgia companies including Coca-Cola and Delta Air Lines to forcefully oppose sweeping new restrictions that would make it harder to vote in the state.

The campaign is focused on some of the largest employers in Georgia and some of America’s most recognizable brands. Home Depot, UPS, Aflac, and Southern Company are also among the companies activists are targeting.

The organizations say the companies’ support could help kill the measures, which are championed by Republican lawmakers and would cut early voting in some of the state’s most populous and non-white counties, require voters to show ID when they vote by mail, and limit the availability of ballot drop boxes. Another bill would entirely eliminate a state policy that allows any voter to cast a mail-in ballot without an excuse.

The restrictions come after the state saw record turnout in the 2020 race and surging participation among non-white voters, resulting in the election of two Democratic senators and victory for Joe Biden in the state.

“It is a dangerous thing for the business community to be silent,” said Stacey Abrams, the former Georgia Democratic gubernatorial candidate, to the Guardian. “We are obliged at this moment to call for all voices to be lifted up. And for the alarm to ring not only through the communities that are threatened directly, but by those businesses that rely on the durability of our democracy.”

There is precedent for the effort. Corporate pressure has previously helped bring scrutiny to some of the most controversial bills in US state legislatures, including an anti-LGBTQ+ measure in Indiana and a discriminatory bathroom bill in North Carolina.

Georgia activists have bought billboards near company headquarters, full-page advertisements in the Atlanta Journal-Constitution, protested outside Coca-Cola headquarters, and have helped 55,000 Georgia voters send messages to company leadership, said Nse Ufot, CEO of the New Georgia Project, which is helping lead the effort.

But it is particularly hypocritical for corporations to stay silent on voting rights, Ufot said in an interview. Many of them issued statements last year at the height of the Black Lives Matter protests acknowledging the need to improve racial equity in the United States. Georgia-based companies often tout the state’s history in the civil rights movement, she noted. Coca-Cola bought billboards honoring the life of John Lewis, a titan of the voting rights movement, when he died last year.

“It makes me wonder whether or not they were doing it for clout,” Ufot said. “This feels like these are the character moments when you get to see … whether or not they walk their talk. It’s one thing to post your solidarity on social media and it’s another thing to stop something really harmful from happening to the Black community.”

Several provisions in the bill would disproportionately harm Black voters, data shows. Black and other non-white voters are more likely than their white counterparts to cast ballots on weekend days of early voting, including on Sundays, when many Black churches run “Souls to the Polls” programs to get parishoners to vote. The bill would allow counties to only offer a single day of weekend voting in addition to the single Saturday already required under law.

The response from the businesses so far has been muted. “We continue to engage with Georgia’s elected leaders on this issue. Delta’s shared values call on us to make our voices heard and be engaged members of our communities, of which voting is a vital part of that responsibility,” said Lisa Hanna, a Delta spokeswoman, in a statement.

Companies such as Delta may be wary of wading into the debate around voting. In 2018, Georgia’s lieutenant governor tried to kill a tax break for Delta after it cancelled a group discount rate for the National Rifle Association, according to the Atlanta Journal-Constitution.

On Friday, the Georgia chamber of commerce released a statement to CNBC saying it had expressed “concern and opposition” to provisions in the legislation in the legislature. (It did not say which ones). Representatives from Coca-Cola and Home Depot told the Guardian they were “aligned” with the chamber’s position.

But it’s not clear exactly what they mean by “aligned”. After the Washington Post published a story on Monday saying Home Depot opposed the new restrictions, the company went out of its way to clarify that its alignment with the chamber did not in fact mean it opposed the legislation.

Ufot said she rolled her eyes when she read the statement from the Georgia chamber of commerce, which was “not worth the paper it’s written on”.

“What Republican legislator is supposed to look at that and say ‘I have pissed off Home Depot and their lobbyist, let me withdraw my support from this bill’?” she said.

Ufot and other activists are also calling on the companies to pause political giving to Georgia lawmakers who back the voting restrictions.

Since 2018, corporations have donated $7.4m to politicians backing voting restrictions in the legislature, according to Popular Information, an independent newsletter. That includes $34,750 from Coca-Cola, at least $41,600 from Delta Airlines, $34,500 from UPS, $38,700 from Southern Company, and $7,250 from Aflac.

On Tuesday, Salesforce, a software company headquartered in San Francisco said it opposed one of the bills in the legislature “as it currently stands”.

LaTosha Brown, a co-founder of the organization Black Voters Matter, noted that opponents of the voting are making their voices heard in other ways, too. Last week, under pressure, officials in Hancock county, which is more than 70% Black, voted to ask Barry Fleming, one of the sponsors of the sweeping voting bills, to step down as the county attorney.

“They can’t sit on the sidelines where we’re literally fighting for our right to vote,” Brown said. “This should be a no brainer.”

You were seeing double this week: A spectacular $54 million compound featuring two equally luxurious mansions separated by a private lake in Southwest … END_OF_DOCUMENT_TOKEN_TO_BE_REPLACED