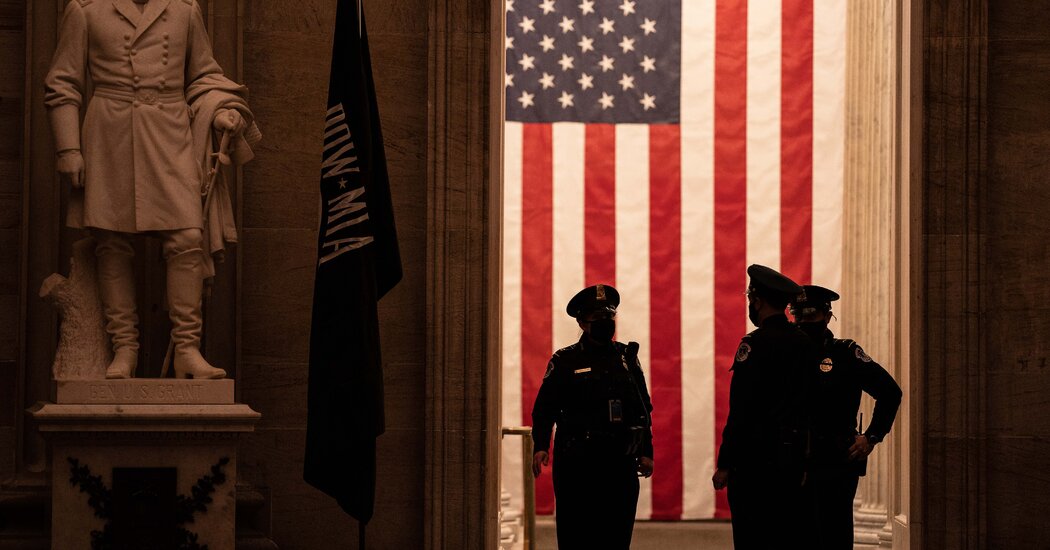 WASHINGTON — The congressional inquiry into the security failures surrounding the Jan. 6 Capitol assault has barely begun, but one outcome already seems certain: The Capitol Police Board, the secretive three-member panel that oversees protection of the complex where Congress meets, is headed for major changes, if not outright elimination.

Lawmakers of both parties in the House and Senate, some previously unfamiliar with the sweeping authority of the board, have expressed astonishment at its lack of accountability and its inability to rapidly respond to the riot at the Capitol.

“It seems nonfunctioning to me,” said Representative Rosa DeLauro, Democrat of Connecticut and chairwoman of the Appropriations Committee, which controls money for Capitol security. “Nobody is in charge. When something goes wrong, no one has the ultimate responsibility.”

Like many things on Capitol Hill, the board is a remnant of the past that has survived in large part because it suits those who hold power in Congress. A long line of House and Senate leaders in both parties have favored its existence because they handpick two of the three of its voting members, giving them tremendous influence over security operations with little public scrutiny.

disarray and inaction on Jan. 6 and in the days leading up to the riot.

Under the current system, the board has broad authority for Capitol security and the police force and consists of the sergeants-at-arms of the House and Senate, who are chosen by the leader of each chamber, and the architect of the Capitol, the Senate-confirmed official responsible for buildings and other facilities on the grounds. The chief of the Capitol Police, who must be approved by the board, is a nonvoting member.

At House and Senate hearings in recent days, lawmakers have been struck by the fact that two days before the attack, members of the board dismissed a Capitol Police request for National Guard troops to be on hand on Jan. 6 based on a rising threat identified by intelligence. They acted with no vote, little discussion or consultation with other authorities and no involvement by the architect of the Capitol. Board members then struggled to connect during the riot to agree to declare an emergency so that troops who were standing by to assist could be summoned to the Capitol.

“If the police chief feels he doesn’t have the authority to even call in the National Guard in the middle of an insurrection and has to call two people in the middle of doing their jobs guarding members, we have a problem,” said Senator Amy Klobuchar, Democrat of Minnesota and chairwoman of the Rules Committee, which is investigating the assault with the Homeland Security and Governmental Affairs Committee. “You need a different structure, or you at least need a very clear line of authority that allows the police chief to make these decisions.”

The Capitol Police force was formed in 1828 and the board was created in 1867, when the supervision of the police was shifted from the commissioner of public buildings to the sergeants-at-arms of the two chambers. The board’s role has remained fairly consistent since, with the Senate and House officials granted wide responsibility for overseeing the police, the Capitol grounds and the safety of lawmakers.

With Congress exempt from most public disclosure requirements, the board has operated mainly behind closed doors, slow to respond even to requests from the congressional committees that control security spending.

Even before the assault, the board was the subject of criticism by lawmakers for its lack of transparency and responsiveness. But members of Congress tread carefully around the board because of a tendency to defer to security officials on Capitol Hill.

A 2017 Government Accountability Office report requested by lawmakers who oversaw funding for the police faulted the board for lack of openness and for not following widely accepted management practices. It said the unique structure of the board hindered the watchdog function of Congress and that lawmakers “saw the bicameral structure as a factor limiting accountability.”

“For example,” the report said, “a single committee cannot call all of the board members to a committee hearing because one of the two sergeants-at-arms is not under that chamber’s jurisdiction,” it said.

The report also noted that the board must declare an emergency before calling for help, a critical contributor to the problems on Jan. 6, since it was the board’s failure to agree on an emergency declaration on Jan. 4 that left the department without sufficient personnel and immediate backup during the riot.

Senator Roy Blunt of Missouri, the senior Republican on the Rules Committee, said the assault underscored longstanding problems with the police board that necessitate major changes.

“I don’t think it works well in the best of circumstances and I think it’s almost totally unworkable in crisis, and Jan. 6 was a great example of that,” Mr. Blunt said.

The two sergeants-at-arms on the board on Jan. 6 — Paul Irving from the House and Michael Stenger from the Senate — resigned immediately after the riot, along with Chief Steven Sund of the Capitol Police. They are participating in the review of what happened.

Mr. Stenger said he too saw a need for changes in the board to make it a “little more nimble.”

“There’s a lot of statutes out there in the Capitol Police Board that go back many, many years,” he told the two Senate committees investigating the Capitol assault. “It’s probably not a bad time or idea to take a look at what’s there.”

Ms. Klobuchar offered a tart response: “That’s probably an understatement with what happened,” she said. “But thank you.”

Without more research, Mr. Blunt said he was not yet ready to talk about how to reconfigure the management of Capitol security and the police department, which is now seeking a significant budget increase and hundreds of new officers.

“I think there are a number of options, and I haven’t settled on one yet,” he said.

But significant change is coming for the board, long a little-scrutinized Capitol Hill power center.

“It absolutely has to be restructured,” Ms. DeLauro said.

The poshest place in California's Coachella Valley is The Madison Club. This exclusive gated community in La Quinta is where A-listers and tycoons … END_OF_DOCUMENT_TOKEN_TO_BE_REPLACED

KOROPY, Ukraine — Four men tugged at long strips of fabric to lift a coffin out of the gaping hole in the backyard of a small house. They flung the … END_OF_DOCUMENT_TOKEN_TO_BE_REPLACED