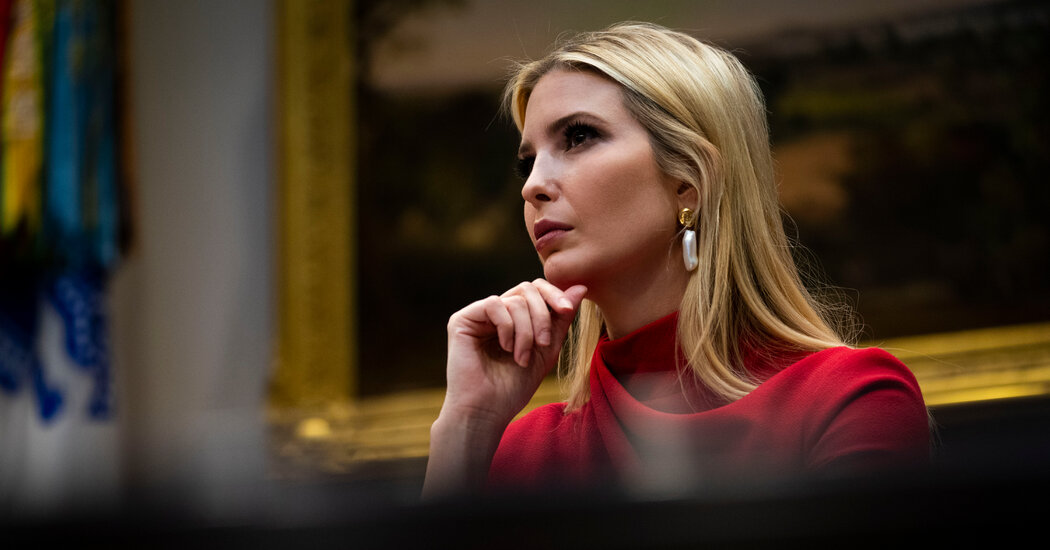 One of Ivanka Trump’s top initiatives — a legislative overhaul of programs assisting small businesses run by women around the world — was so haphazardly managed by a federal agency that an independent watchdog was unable to determine whether it actually worked.

In a report released on Thursday, the Government Accountability Office found that programs funded through the Women’s Entrepreneurship and Economic Empowerment Act, which Ms. Trump, the eldest daughter of former President Donald J. Trump, helped usher through Congress in late 2018, were deeply flawed and hampered by poor oversight.

Officials at the U.S. Agency for International Development, which oversaw $265 million per year in spending on the initiative and an associated antipoverty program, never worked out “an explicit definition” of who was eligible to receive millions in aid, the report found.

The aid agency was also unable to determine the percentage of funding going to “the very poor and enterprises owned, managed and controlled by women,” the authors concluded after a 14-month audit, which covered actions taken during both the Obama and Trump administrations.

Ms. Trump’s actions, including passage of the 2018 law and the creation of another reform initiative, the Women’s Global Development and Prosperity Fund, were geared at addressing problems that predated her involvement, said Julie Radford, Ms. Trump’s former chief of staff.

“Ivanka pushed for the passage of the bipartisan WEEE Act to ensure accountability for how taxpayer dollars are being spent,” said Ms. Radford in an interview. “This was clearly long overdue, as evidenced by the G.A.O. report.”

Republicans frequently cited Ms. Trump’s actions on women’s programs to make the case that Mr. Trump, with his daughter’s help, was working hard for women.

@IvankaTrump was instrumental in making the #WEEEAct a priority,” wrote Ronna McDaniel, chairwoman of the Republican National Committee, on Twitter in 2019 — claiming that the measure would “empower women all over the world.”

But the G.A.O. portrayed the program in a different light, especially in how the agency administered the 50 percent of the act’s funding that was supposed to be dedicated to eradicating extreme poverty.

Investigators, who interviewed agency workers in Africa, Asia, South America and Europe, reported that those workers “did not receive any guidance” from top officials on how to define “the very poor,” hampering efforts to deliver aid.

Representative Lois Frankel, a Democrat from Florida who co-sponsored the original legislation, acknowledged the program’s flaws but said that the reporting requirement she helped write into the 2018 law, which prompted the G.A.O. audit, was essential in turning things around.

“It is important that Congress continue to monitor efforts to ensure that the agency continues to improve its programs and activities targeting women and the very poor,” Ms. Frankel said in an emailed statement.

AUSTIN, Texas--(BUSINESS WIRE)--As the first multifamily management company to be recognized in the Public Relations and Marketing Excellence Awards, … END_OF_DOCUMENT_TOKEN_TO_BE_REPLACED

There have been whispers of cooling housing and rental prices in the San Francisco Bay Area, but that hasn't yet translated into practical, noticeable … END_OF_DOCUMENT_TOKEN_TO_BE_REPLACED

Cars pass in Independence Square at twilight in Kyiv, Ukraine, Monday, Oct. 31, 2022. Rolling ... [+] blackouts are increasing across Ukraine as the … END_OF_DOCUMENT_TOKEN_TO_BE_REPLACED