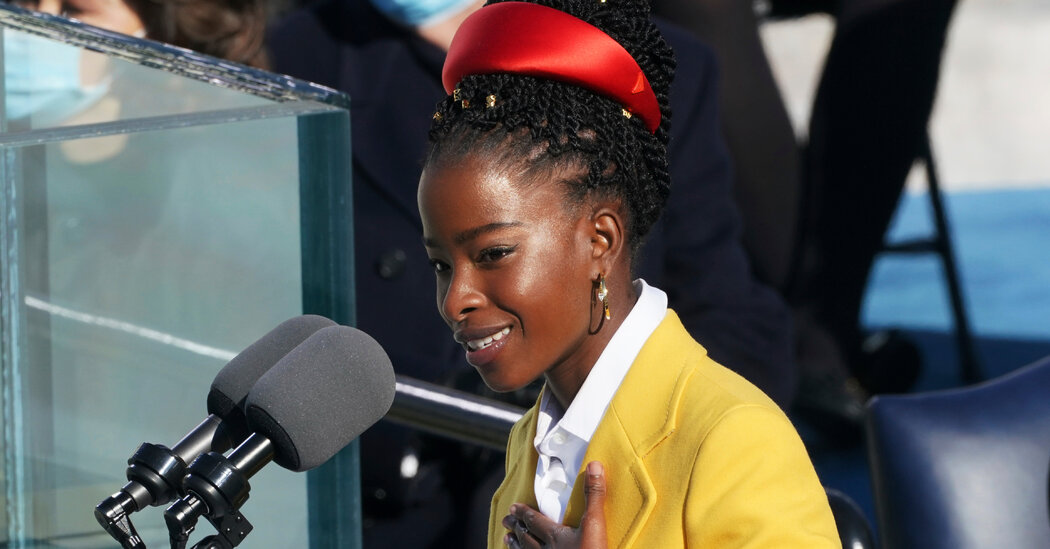 Amanda Gorman, who became a national sensation when she delivered a stirring poem at President Biden’s inauguration in January, said on Friday that a security guard had followed her home and told her she looked suspicious.

“A security guard tailed me on my walk home tonight,” Ms. Gorman wrote on Twitter. “He demanded if I lived there because ‘you look suspicious.’ I showed my keys & buzzed myself into my building. He left, no apology. This is the reality of black girls: One day you’re called an icon, the next day, a threat.”

Ms. Gorman said in another tweet: “In a sense, he was right. I AM A THREAT: a threat to injustice, to inequality, to ignorance. Anyone who speaks the truth and walks with hope is an obvious and fatal danger to the powers that be.”

Ms. Gorman, 22, who is from Los Angeles, did not immediately respond to a message sent through her website on Friday night. She is the youngest inaugural poet ever in the United States and was named the United States’ first youth poet laureate in 2017, when she was a student at Harvard.

“The Hill We Climb” in front of the sunlit Capitol, just days after a violent mob of Trump supporters had laid siege to the building as Congress met to certify the results of the presidential election.

In the poem, Ms. Gorman spoke of “striving to forge a union with purpose, to compose a country committed to all cultures, colors, characters and conditions of man.” She described her background as a “skinny Black girl, descended from slaves and raised by a single mother,” who can dream of being president one day, “only to find herself reciting for one.”

After the inauguration, IMG Models, which represents supermodels including Alek Wek, Paloma Elsesser and Joan Smalls, announced that it would represent Ms. Gorman for fashion and beauty endorsements.

And “Good Morning America” broke the news that Ms. Gorman would perform at the Super Bowl preshow, which she did in February.

MIAMI — In a welcome but likely brief victory for supporters of abortion rights, a judge in Florida blocked a state law banning abortions after 15 … END_OF_DOCUMENT_TOKEN_TO_BE_REPLACED

NEW YORK--(BUSINESS WIRE)--Stake, which provides Cash Back and banking services to renters, announced today the completion of its $12 million Series A … END_OF_DOCUMENT_TOKEN_TO_BE_REPLACED

The Sacramento home where Ronald and Nancy Reagan lived during his tenure as governor of California has hit the market for $5 million.Built in 1929, … END_OF_DOCUMENT_TOKEN_TO_BE_REPLACED