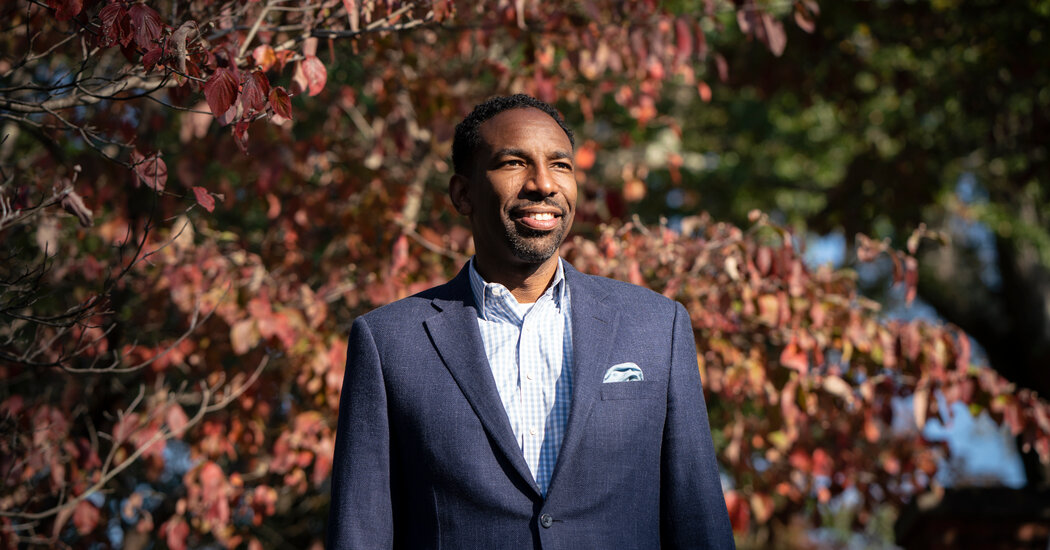 ATLANTA — Andre Dickens, a veteran City Council member, was elected mayor of Atlanta in an upset on Tuesday night after promising voters that he would help guide the city in a more equitable direction.

Mr. Dickens, 47, will step into one of the most high-profile political positions in the South after defeating Felicia Moore, 60, the City Council president, in Tuesday’s runoff election.

In a first round of voting, Ms. Moore had bested Mr. Dickens by more than 17 percentage points. But on Tuesday, Mr. Dickens had about 62 percent of the vote when The Associated Press declared him the winner at about 10:30 p.m.

Mr. Dickens, a church deacon, delivered an upbeat, roof-raising victory speech to supporters, noting his humble upbringing in the working-class neighborhood of Adamsville, his engineering degree from Georgia Tech and the daunting problems he has promised to tackle.

violent crime categories, including murder. In May, the city’s political future was thrown into doubt when Mayor Keisha Lance Bottoms announced she would not run for re-election after a first term in which she was forced to deal with the coronavirus pandemic, a high-profile police shooting of a Black man, Rayshard Brooks, and racial justice protests that occasionally became violent.

As other killings rocked the city, public safety emerged as the key issue in the mayor’s race, giving an early boost to former Mayor Kasim Reed, who argued that his experience made him uniquely qualified to solve the crime problem. But Mr. Reed, who left office in 2018, also brought significant political baggage, with numerous members of his administration convicted or indicted on federal corruption-related charges.

Mr. Reed’s complicated past was a likely factor in the surprise outcome in the initial balloting, when Mr. Dickens nudged out the better-known Mr. Reed to secure a spot in the runoff against the first-place finisher, Ms. Moore.

election of Maynard Jackson in 1973 despite a recent influx of white residents that caused the share of Black residents to decline from a slight majority to 47 percent of the population, according to an analysis of 2020 Census figures.

AUSTIN, Texas--(BUSINESS WIRE)--As the first multifamily management company to be recognized in the Public Relations and Marketing Excellence Awards, … END_OF_DOCUMENT_TOKEN_TO_BE_REPLACED

There have been whispers of cooling housing and rental prices in the San Francisco Bay Area, but that hasn't yet translated into practical, noticeable … END_OF_DOCUMENT_TOKEN_TO_BE_REPLACED

Cars pass in Independence Square at twilight in Kyiv, Ukraine, Monday, Oct. 31, 2022. Rolling ... [+] blackouts are increasing across Ukraine as the … END_OF_DOCUMENT_TOKEN_TO_BE_REPLACED