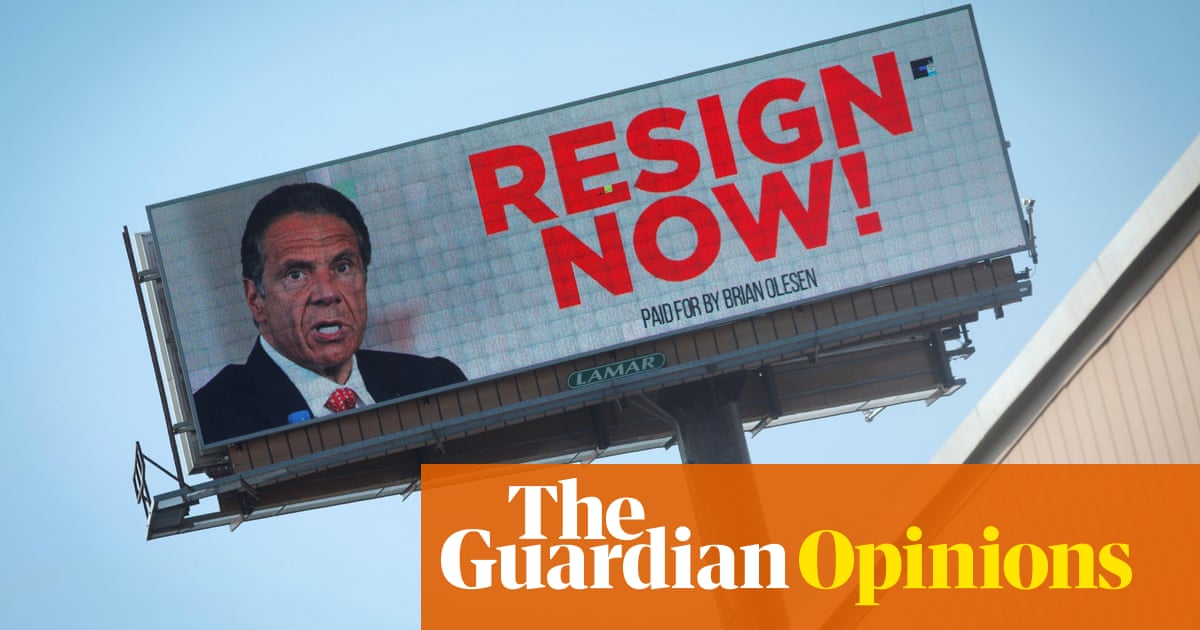 For so long, television was good to Andrew Cuomo.

The most famous governor in America charmed millions of viewers with his televised briefings in the earliest months of the coronavirus pandemic, reciting bare facts from his homely PowerPoints. Journalists, pundits and cable television hosts swooned – he was primetime material, the winner of an actual Emmy award, the Queens-bred foil to the frothing Queens native in the White House.

In this narrative, Cuomo was every bit the heroic protagonist – his myth only becoming more inflated as tens of thousands died of coronavirus in his own state, the mass carnage a result, in part, of his poor decision-making. The mythic Cuomo never made sense to those who had covered the pandemic closely and investigated the shadowy workings of the government he controlled, but that didn’t seem to matter. The biggest media companies in America had their plot lines to write; inconvenient facts, like immunity shields and hidden nursing home death counts and early comparisons to the flu, were left on the cutting-room floor.

Now Cuomo returns to the center of the media universe. This time, he has been accused of sexual harassment by three different women. This time, he is facing an FBI investigation into how he handled the state’s nursing homes, where the true coronavirus death toll was allegedly intentionally masked for months. This time, a state legislator who went public with unhinged threats Cuomo made against him can become famous himself.

Cuomo is on the front page of every New York City newspaper, a headliner of the nightly newscasts, and a constant subject of debate and intrigue on CNN and MSNBC. Corporate media abhors a vacuum. If Donald Trump was still president of the United States, Cuomo could count on the idiocy and scandal in the White House to distract from whatever came out of New York.

That’s how he became a star in the first place. Trump’s federal response to the pandemic was so plainly inept and horrendous, any questions about failure on the local level could always be deflected, especially by eager, Cuomo-worshiping Democrats. One salacious, incendiary or perplexing Trump tweet could seize a headline and give cover to all of those, like Cuomo, who were failing out of view.

Those days are long gone. Joe Biden, a conventional Democrat, is president now. He does not like to tweet. He does not feud with the media, celebrities, Democrats or even most Republicans. He has his own serious shortcomings, but they are not the stuff that the de facto showrunners at cable TV stations are hunting for. Media executives like Jeff Zucker saw a great story in Trump – they admitted as much themselves – and carried his early campaign rallies on live television, an unprecedented decision that helped pave the way for his ascent in 2016.

never have existed in the first place. But that’s where we are.

Many politicians in New York are now calling for Cuomo to resign. Once so commanding, the governor now hides, refusing to appear on TV or talk to the press. His schedule is emptied out. He is hoping this all blows over.

But that’s not quite how the modern media work. If there is a void to fill, it will be filled, and the distractions of Trump are no longer there to bail Cuomo out. Sexual harassment allegations can drive news cycles for weeks. Given Cuomo’s behavioral history, there could very well be more to come.

This is the fate a television character as abhorrent as Cuomo deserves. He is huddled somewhere in Albany, pining for a comeback arc. But cancellation is just as likely.

The poshest place in California's Coachella Valley is The Madison Club. This exclusive gated community in La Quinta is where A-listers and tycoons … END_OF_DOCUMENT_TOKEN_TO_BE_REPLACED

KOROPY, Ukraine — Four men tugged at long strips of fabric to lift a coffin out of the gaping hole in the backyard of a small house. They flung the … END_OF_DOCUMENT_TOKEN_TO_BE_REPLACED