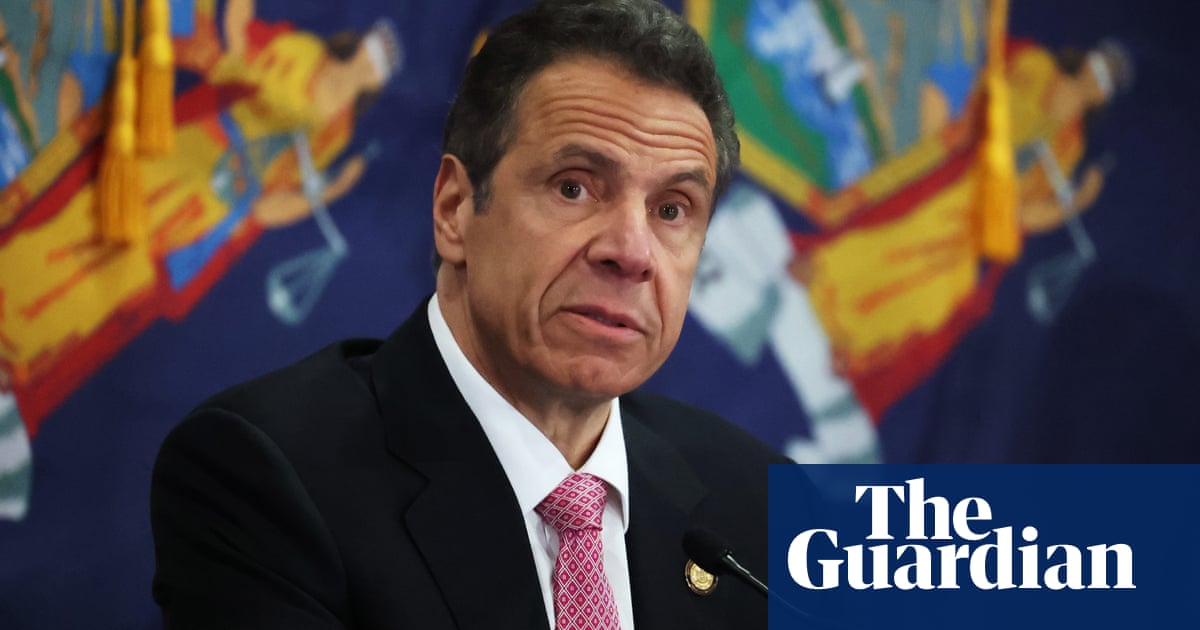 Aides to Andrew Cuomo, the New York governor, rewrote a report from state health officials to conceal Covid-19 deaths in nursing homes and strengthen his reputation as a leader, according to damaging new allegations published by the New York Times.

The newspaper claims the attempted cover-up took place at the start of a months-long effort last June by senior administration officials to hide the extent of the pandemic sweeping New York, and sparked a furious battle with public health officials.

According to the Times, Cuomo’s aides rewrote the report, which was not yet public, to omit 9,250 deaths of nursing home residents recorded by the New York state health department (DoH).

It came as Cuomo, who is also facing allegations from three women of sexual harassment and inappropriate workplace conduct, was beginning to write a book on the success of his handling of the pandemic. At the time, the governor’s daily televised press conferences were widely praised for keeping the public informed.

The Times said it had spoken with numerous people and reviewed documents for its report, which alleges that Cuomo’s efforts to omit or manipulate data about nursing home deaths came about far earlier than previously admitted.

Earlier this year, New York state’s attorney general said that thousands of coronavirus deaths of nursing home patients had been undercounted because only Covid-19 deaths that occurred in nursing homes, and not hospitals, were included. It prompted calls from Republicans and several Democratic allies for Cuomo’s resignation. Cuomo defended his position, conceding it had been done because of concerns that Donald Trump’s administration might use it to conduct a politically motivated inquiry into the governor’s handling of the pandemic in facilities for seniors.

The fresh claims push that timeline back by more than half a year, adding to the pressure on the embattled governor who is also facing a vote in the New York legislature to strip him of the emergency pandemic powers he was granted last year.

The Times named three Cuomo aides it said were involved in changing the report, Melissa DeRosa, the governor’s top aide; Linda Lacewell, the head of the state’s department of financial services; and Jim Malatras, a former top adviser of the governor who was brought back to work on the pandemic. None had public health expertise, the newspaper said.

Their efforts, it said, fueled bitter exchanges with health officials who had written the report, adding to an already tense relationship between the governor and his health department.

Cuomo’s office released a statement after the Times published its latest allegations blaming the department of health for the 9,250 deaths being removed from the report. “The out-of-facility data was omitted after DoH could not confirm it had been adequately verified. This did not change the conclusion of the report,” the statement from Beth Garvey, Cuomo’s special counsel, said.

Cuomo was criticised by Republicans last spring for signing an order preventing nursing homes from turning away patients who had been treated for Covid-19 in hospital. They claimed it sparked a spike in the virus and numbers of deaths of residents, who then were not included in the data if they were subsequently transferred to hospital and died there.

Cuomo sought approval from the state ethics agency to earn income from a book “about what we went through” last July after a health department report said his policies were not to blame for the spike.

Separately, one of the women who has accused Cuomo of inappropriate conduct appeared on CBS Evening News on Thursday, claiming that one encounter came during the height of the pandemic last spring.

Charlotte Bennett, who worked as an assistant in the governor’s office, said she believed the governor was propositioning her for sex.

“He asked me if age difference matters. I’m 25. Without explicitly saying it, he implied that I was old enough for him and he was lonely.”

Cuomo apologized for his actions at a press conference on Wednesday. The office of Letitia James, the New York state attorney general, will oversee an independent inquiry into the allegations.

The poshest place in California's Coachella Valley is The Madison Club. This exclusive gated community in La Quinta is where A-listers and tycoons … END_OF_DOCUMENT_TOKEN_TO_BE_REPLACED

KOROPY, Ukraine — Four men tugged at long strips of fabric to lift a coffin out of the gaping hole in the backyard of a small house. They flung the … END_OF_DOCUMENT_TOKEN_TO_BE_REPLACED