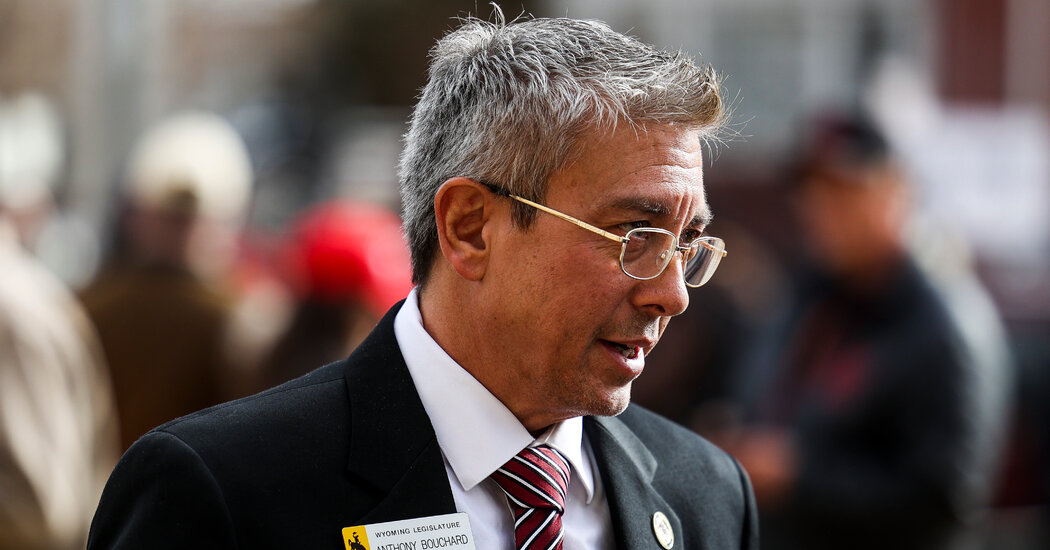 A Wyoming state senator who is challenging Representative Liz Cheney in the 2022 Republican primary acknowledged this week that when he was 18, he had sex with a 14-year-old girl — which is statutory rape in many states — and that she became pregnant.

The state senator, Anthony Bouchard, made the disclosure in a Facebook Live video posted on Thursday, saying that the girl gave birth to a son “more than 40 years ago” in Florida. He married the girl after she turned 15.

She died by suicide a few years later, after they had divorced and she had entered another relationship, Mr. Bouchard said.

Mr. Bouchard sought to downplay his actions, saying in his video, “She was a little younger than me, so it’s like the Romeo and Juliet story.” But under current Florida law, his actions would be illegal.

a subsequent interview with The Casper Star-Tribune, he blamed a “political opposition research company” for spreading it.

He used his video to highlight his stance against abortion, saying he and the girl had resisted pressure to terminate the pregnancy.

There was “a lot of pressure, pressure to abort a baby, I got to tell you,” he said in the 13-minute video. “I wasn’t going to do it, and neither was she. And there was pressure to have her banished from their family. Just pressure. Pressure to go hide somewhere. And the only thing I could see as the right thing to do was to get married and take care of him.”

Mr. Bouchard is one of several Republicans who have said they will challenge Ms. Cheney, who was kicked out of her House leadership position this month for criticizing former President Donald J. Trump and saying she would do everything possible to ensure he was not the Republican Party’s presidential nominee in 2024.

Mr. Bouchard was first elected to the State Senate in 2017 to represent the Laramie area. He is a gun-rights activist who owns a septic system cleaning business with his wife, according to his official biography.

SAN FRANCISCO — Cleve Jones has lived in the Castro neighborhood for nearly 50 years, almost from the day he graduated from high school in Phoenix and … END_OF_DOCUMENT_TOKEN_TO_BE_REPLACED

A home inspection can spare you from unpleasant surprises after you buy. After crunching the numbers, searching your favorite neighborhoods, and … END_OF_DOCUMENT_TOKEN_TO_BE_REPLACED