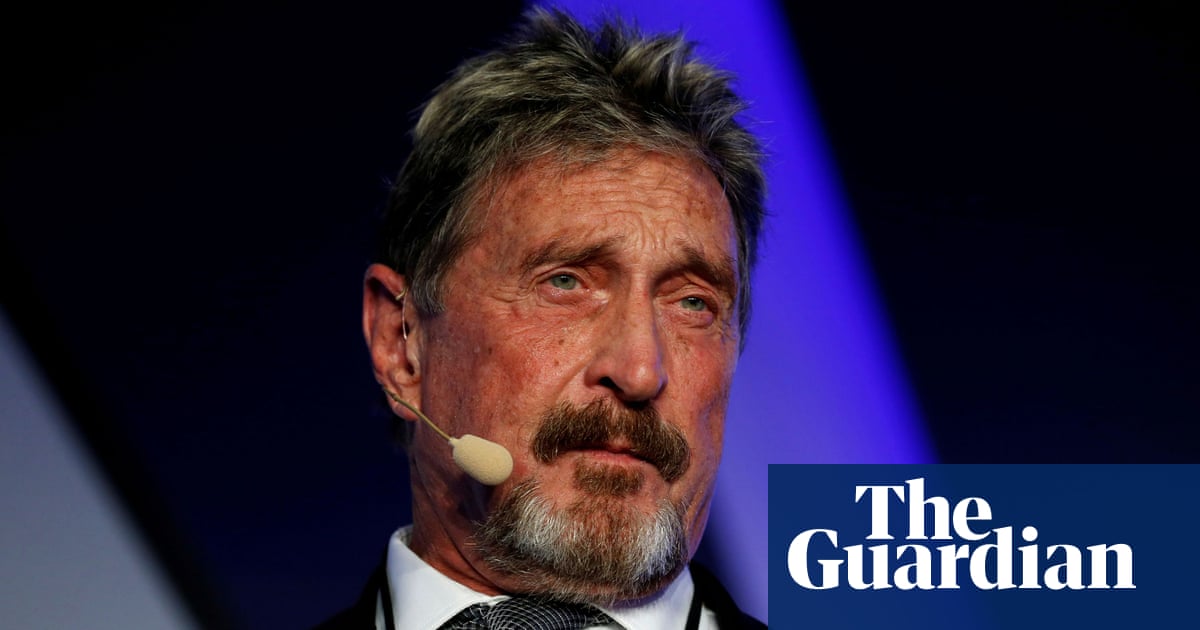 John McAfee, the antivirus software pioneer whose former company still bears his name, has been indicted on fraud and money laundering conspiracy charges stemming from two cryptocurrency schemes, the US Department of Justice said on Friday.

McAfee and his accomplices allegedly reaped more than $13m from the schemes, according to the US Department of Justice. The Commodity Futures Trading Commission filed related civil charges concerning the alleged pump-and-dump scheme.

Lawyers for McAfee and Watson could not immediately be identified.

McAfee is being detained in Spain following his arrest there on tax evasion charges, which was announced in October, the justice department said. Watson was arrested on Thursday night, the department added.

Both also face civil charges by the US Securities and Exchange Commission, which in October accused McAfee of concealing more than $23.1m he made from boosting seven cryptocurrency offerings on Twitter.

McAfee became the subject of a media frenzy in 2012 when he fled his home in Belize after police sought him for questioning about the death of a neighbor. They ultimately said he was not a suspect.

In the cryptocurrency cases, authorities said McAfee touted assets including Verge, Reddcoin and Dogecoin as part of a “Coin of the Day” or “Coin of the Week” tweet from around December 2017 through February 2018.

Authorities said McAfee held himself up as an expert on cybersecurity and cryptocurrency through his tweets, speeches and his role as a CEO of a publicly traded cryptocurrency company.

They also accused him of telling followers he had no stake in the coins, even as he touted how they “will change the world”.

On a landlocked street corner at the entrance to the South Street Seaport stands a shabby, rust-streaked old lighthouse, its lantern dark, dwarfed by … END_OF_DOCUMENT_TOKEN_TO_BE_REPLACED

Kohl's announced Friday that it is terminating talks to sell its business, saying that retail environment has significantly deteriorated since the … END_OF_DOCUMENT_TOKEN_TO_BE_REPLACED