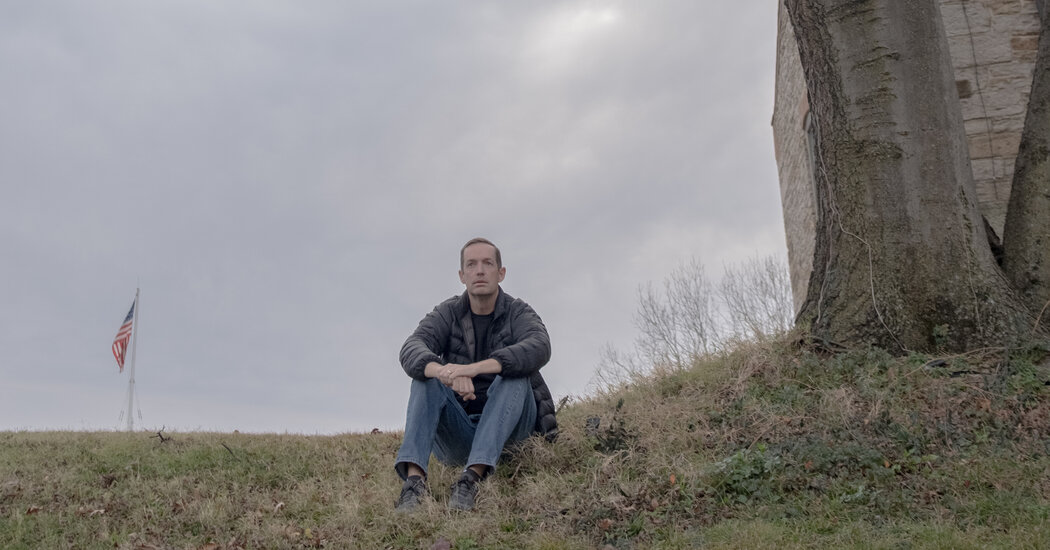 FORT SMITH, Ark. — In the fall of 2020, Kevin Thompson delivered a sermon about the gentleness of God. At one point, he drew a quick contrast between a loving, accessible God and remote, inaccessible celebrities. Speaking without notes, his Bible in his hand, he reached for a few easy examples: Oprah, Jay-Z, Tom Hanks.

Mr. Thompson could not tell how his sermon was received. The church he led had only recently returned to meeting in person. Attendance was sparse, and it was hard to appreciate if his jokes were landing, or if his congregation — with family groups spaced three seats apart, and others watching online — remained engaged.

So he was caught off guard when two church members expressed alarm about the passing reference to Mr. Hanks. A young woman texted him, concerned; another member suggested the reference to Mr. Hanks proved Mr. Thompson did not care about the issue of sex trafficking. Mr. Thompson soon realized that their worries sprung from the sprawling QAnon conspiracy theory, which claims that the movie star is part of a ring of Hollywood pedophiles.

For decades, Mr. Thompson, 44, had been confident that he knew the people of Fort Smith, a small city tucked under a bend in the Arkansas River along the Oklahoma border. He was born at the oldest hospital in town, attended public schools there and grew up in a Baptist church that encouraged him to start preaching as a teenager. He assumed he would live in Fort Smith for the rest of his life.

Roe v. Wade looks like a triumphant era for conservative evangelicals. But there are deepening cracks beneath that ascendance.

Across the country, theologically conservative white evangelical churches that were once comfortably united have found themselves at odds over many of the same issues dividing the Republican Party and other institutions. The disruption, fear and physical separation of the pandemic have exacerbated every rift.

Many churches are fragile, with attendance far below prepandemic levels; denominations are shrinking, and so is the percentage of Americans who identify as Christian. Forty-two percent of Protestant pastors said they had seriously considered quitting full-time ministry within the past year, according to a new survey by the evangelical pollster Barna, a number that had risen 13 points since the beginning of 2021.

Michael O. Emerson, a sociologist at the University of Illinois Chicago, described a “seismic shift” coming, with white evangelical churches dividing into two broad camps: those embracing Trump-style messaging and politics, including references to conspiracy theories, and those seeking to navigate a different way.

Donald J. Trump and urging Christians to be vaccinated against the coronavirus. But more often, the ruptures are quieter: a pastor who moves to another church to avoid a major confrontation, or who changes careers without fanfare.

Bible teacher Beth Moore, who were theologically conservative and skeptical of becoming entangled with either political party.

a successful effort to change the “Johnny Reb” mascot at his old high school. But the phrase “Black lives matter” rankled some congregants.

Mr. Kolp said he found the far-reaching conversations about racism spurred by Mr. Thompson too negative. America does have a history of racism, he said. But “if the slave trade had never happened, would they still be in Africa? Would they have the prominent positions?” he wondered about Black people. “And now our pastor’s talking about it, and we’re systemically racist because we’re white?”

Mr. Thompson’s actual sermons were hardly scathing. At one point he asserted, “If you grew up in any way like me, there’s bigotry within you” and encouraged listeners to seek out perspectives other than their own.

His friend Steven Dooly, a white former police officer with two Black children, sometimes urged him to speak even more directly on racial justice. But he knew Mr. Thompson was in a difficult position. “You’d hate to see a church fall completely apart over a few lines in a sermon,” he said.

“There’s a great separation taking place,” said Wade Lentz, pastor of Beryl Baptist Church in Vilonia, Ark., a few hours east of Fort Smith. “A lot of people are getting tired of going to church and hearing this message: ‘Hey, it’s a great day, every day is a great day, the sun is always shining.’ There’s this big disconnect between what’s going on behind the pulpit in those churches and what’s going on in the real world.”

Mr. Lentz has seen his church grow as he leaned into topics like vaccine mandates, which he preached against in a sermon titled “We Believe Tyranny Must be Resisted.” In 2020, sensing “so much disruption in the world,” he started a podcast in which he explores political topics with a fellow “patriot” pastor.

“This mind-set that Christianity and politics, and the preacher and politics, need to be separate, that’s a lie,” he said. “You cannot separate the two.”

At Community Bible, just about everyone liked Mr. Thompson, but some could not understand why he picked the causes he did. “There are areas he should have backed off of,” said Johnny Fisher, one of the church’s founding members. “The best thing probably is to shut up and answer any questions that are given to you from the Bible.”

The church stopped growing. Whole families were leaving; Richy Fisher, a pastor and consultant who prepared a report for the church in 2019, described membership as “hemorrhaging.” (Richy and Johnny Fisher are brothers.)

Mr. Thompson was equally frustrated by the actions of some of his congregants. People he thought should have known better were endorsing online conspiracy theories about Covid-19 and the results of the 2020 election. On his blog, he called for Christians to apply “research and discernment.” “When we share, promote, like and further things that are not true about others, we are violating the ninth commandment,” he wrote.

Fort Smith’s mayor, George McGill, said his city was like many other places in the country: Issues including masks and vaccination have fractured relationships, and people doubt the leaders they once trusted. Mr. McGill, the city’s first Black mayor, saw Mr. Thompson as someone who spoke the truth. But within his community, antagonists “rose up against the very people God had put in place.”

Mr. Thompson’s reputation did appear to be shifting. A local woman emailed her Bible study group in the summer of 2020, warning that he was promoting a “progressive Leftist agenda.” When Mr. Thompson invited her to meet with him, pointing out that he was a frequent guest of Focus on the Family Radio and hardly a leftist, she accused him of being beholden to “The Marxist Agenda” and “the BLM agenda.”

When a job offer came last summer to become an associate pastor at a larger church in the Sacramento area, Mr. Thompson accepted.

Mr. Thompson hoped that the church’s next leader could preach “the same truth” without the baggage that had accrued around him. But he also wondered how the next generation of pastors would lead. Seminaries are shrinking, and many in his own congregation seemed to view his theological training as the thing that turned him “liberal.” The next generation might have less training, and be more inclined to turn churches into “an echo chamber of what the people want.”

Months after his departure, Community Bible was still figuring out its future. “We’re still bleeding some, but it’s under control,” Mr. Saucier, the founding pastor, said in December. The church’s interim leader is Richy Fisher; the church’s board recommended this spring that he take the role permanently, and a congregational vote will take place May 22.

In the meantime, the people of Fort Smith have different choices than when Mr. Thompson arrived at Community Bible. Newer churches with flashier aesthetics have popped up in town. A branch of New Life, a multisite church with more than 15 locations across the state, is practically across the street.

On a recent Sunday morning, the congregation at New Life heard a sermon drawn from the book of Daniel.

“America is no longer a Christian nation,” the pastor said, setting up a message about resisting the broader culture’s pressure to change “what we say, how we raise our kids, how and when we can pray, what marriage is.” The sermon’s title was “Stand Firm.”

It’s a property that offers a unique open floor plan—plus a hot tub with a view.“It was a Methodist church located in a historic little area of St. … END_OF_DOCUMENT_TOKEN_TO_BE_REPLACED