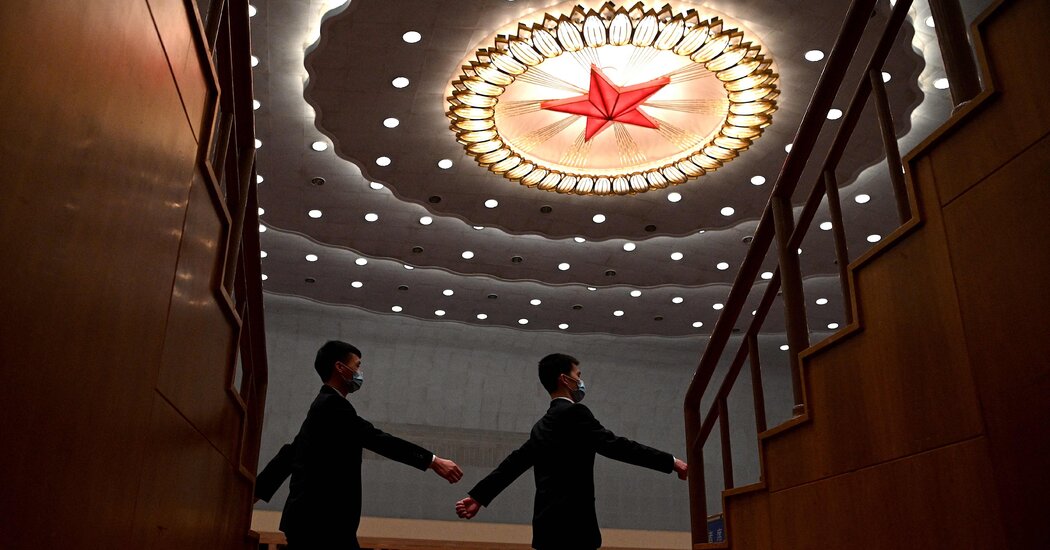 Mr. Biden’s team promises a different approach — one that is exploring, for example, ways of organizing Western democracies to draw on American open-source software and European-made switching gear from Nokia and Ericsson to offer a more secure, Western-made alternative to Huawei. But putting together such combinations requires a level of government and private-sector cooperation that is rare in peacetime, and can take years to assemble.

It is far from clear that other nations will hold off on their purchases, especially as China uses its leverage — most recently in providing coronavirus vaccines — to bolster Huawei’s chances in nations where only months ago it was blocked.

Similarly, the Biden administration regards Mr. Trump’s effort last year to block TikTok, the Chinese social media operation, and force a de facto takeover of its American operations, as such a hastily assembled deal that it will never survive legal challenge. It promises a different strategy that focuses on the key issue: how to monitor the software that is pumped into the phones of over 100 million users in the United States.

“The Cold War was primarily a military competition,” Mr. Campbell said. But “the modern ramparts of competition will be in technology,” he said, such as 5G networks, artificial intelligence, quantum computing, robotics and human sciences.

Competing in those areas, Mr. Sullivan said recently, would require “making progressive, ambitious public investment here in the United States so that we stay on the cutting edge.”

But Mr. Biden has walked away from Mr. Pompeo’s declaration that with enough pressure, the Communist Party in China will collapse. Last month Graham Allison, a political scientist at Harvard, and Fred Hu, a prominent investor, argued that for now there is no choice but to deal with China as it is.

MIAMI — In a welcome but likely brief victory for supporters of abortion rights, a judge in Florida blocked a state law banning abortions after 15 … END_OF_DOCUMENT_TOKEN_TO_BE_REPLACED

NEW YORK--(BUSINESS WIRE)--Stake, which provides Cash Back and banking services to renters, announced today the completion of its $12 million Series A … END_OF_DOCUMENT_TOKEN_TO_BE_REPLACED

The Sacramento home where Ronald and Nancy Reagan lived during his tenure as governor of California has hit the market for $5 million.Built in 1929, … END_OF_DOCUMENT_TOKEN_TO_BE_REPLACED