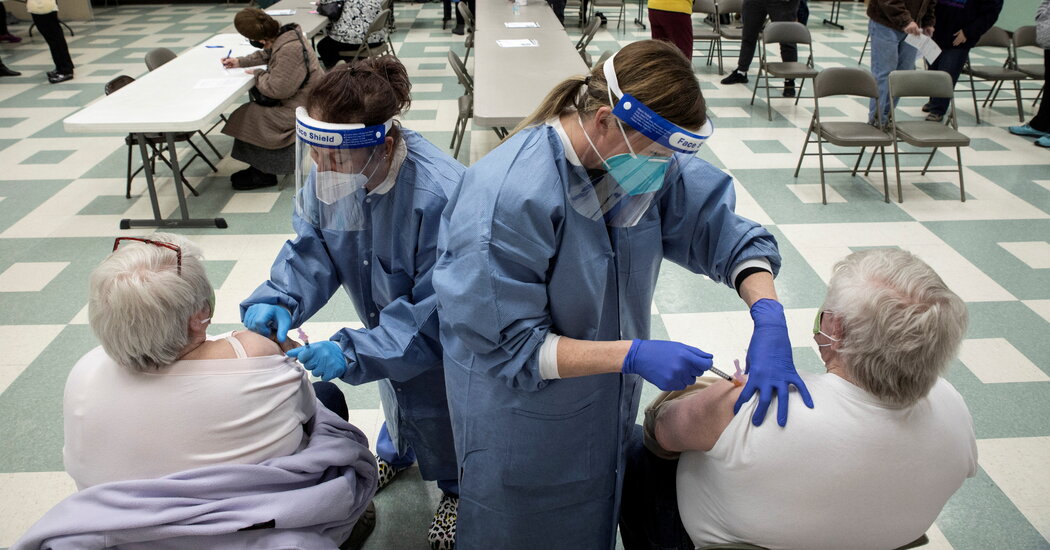 WASHINGTON — As President Biden pushes to vaccinate as many Americans as possible, he faces deep skepticism among many Republicans, a group especially challenging for him to persuade.

While there are degrees of opposition to vaccination for the coronavirus among a number of groups, including African-Americans and antivaccine activists, polling suggests that opinions in this case are breaking substantially along partisan lines.

With the Biden administration readying television and internet advertising and other efforts to promote vaccination, the challenge for the White House is complicated by perceptions of former President Donald J. Trump’s stance on the issue. Although Mr. Trump was vaccinated before he left office and urged conservatives last month to get inoculated, many of his supporters appear reluctant to do so, and he has not played any prominent role in promoting vaccination.

Christian Broadcasting Network’s “700 Club,” a show popular among evangelical Christians that for decades has been hosted by Pat Robertson. Dr. Collins is also planning to address the National Association of Evangelicals, according to someone familiar with the planning.

Joshua DuBois, the former head of the White House Office of Faith-Based and Neighborhood Partnerships, under Mr. Obama, said he had been impressed by the Biden administration’s efforts to reduce vaccine hesitancy.

He said top advisers for Mr. Biden, like Marcella Nunez-Smith and Cameron Webb, had led calls for the religious community to answer questions about the vaccines. The calls included Black and Hispanic organizations and white evangelicals.

Mr. DuBois acknowledged that the hesitancy in minority communities was rooted in history. When coronavirus vaccines were introduced in the past year, researchers tracked a rise in social media posts about the infamous Tuskegee study in which health officials followed African-American men infected with syphilis and did not treat them.

“There’s a history of distrust, but a present devastation happening around us,” Mr. DuBois said, “and in response to that devastation, people are choosing to be vaccinated.”

Phil Shell loves the Bay Area and its real estate market. He’s been building his career here as an agent over the past eight years, but even he hasn’t … END_OF_DOCUMENT_TOKEN_TO_BE_REPLACED

DS4 Cross DS The Plug-in hybrid seems the perfect answer to the electric car dilemma; battery power for all your local needs and a traditional motor … END_OF_DOCUMENT_TOKEN_TO_BE_REPLACED