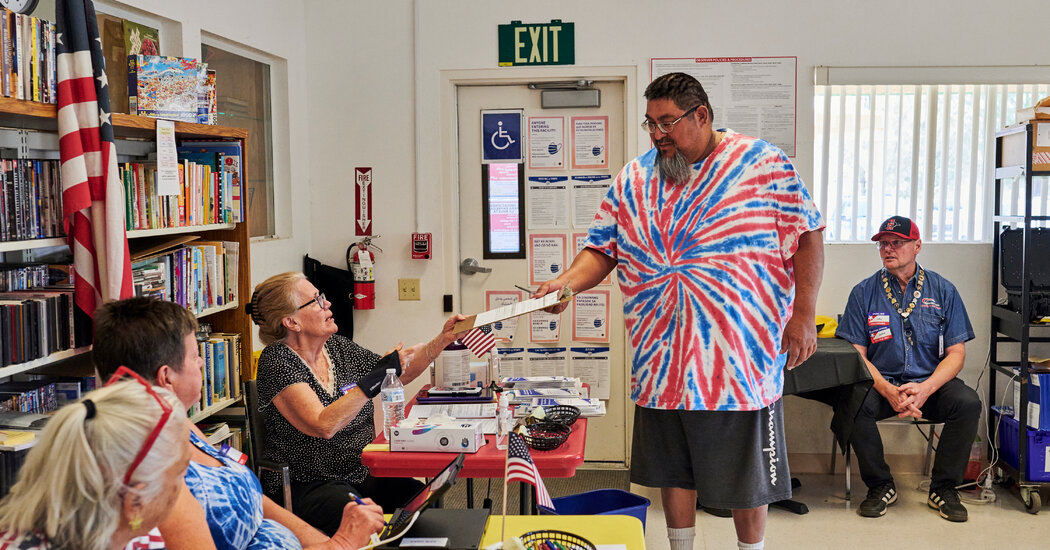 Recalls in California date back more than a century, to a suite of reforms passed from 1910 to 1913 under Gov. Hiram Johnson, a Republican and progressive crusader. They were the capstone of a yearslong effort to curb the political power of the Southern Pacific railroad, which all but owned the state’s government and economy, controlling politicians, judges and regulators.

Mr. Johnson’s reforms broke the hold, overhauling the state’s election system and, through a constitutional amendment passed by voters in 1911, instituting the system of referendums, ballot initiatives and the recall. Kevin Starr, a California historian who died in 2017, called this “the very re-creation of the political and social order of California.”

It is often pointed out that Mr. Johnson’s reforms — tools that were explicitly created to curb the influence of big business on California’s politics — have now become a major corporate weapon. This is particularly true of initiatives, which can be put on the ballot with a few million dollars’ worth of clipboard-holding workers gathering signatures from registered voters.

One recent example was Proposition 22, a $200 million initiative by the ride-sharing companies Uber and Lyft to prevent their drivers from being classified as employees.

“That is the bigger problem here,” said Jim Newton, a historian and lecturer on public policy at the University of California, Los Angeles, who has written biographies of the governors Earl Warren and Jerry Brown.

“It’s not whether Gavin Newsom gets 51 percent or we have Gov. Larry Elder. That’s important, but the general premise that the initiative referendum and recall are intended to curb the influence of powerful special interests has been tipped entirely on its head and it has now become the tool of special interests.”

Erwin Chemerinsky, a constitutional law expert and the dean of the School of Law at the University of California, Berkeley, argued that the state’s recall process is unconstitutional because the two-step nature of the process — with voters deciding whether to recall the sitting governor and then, separately, choosing a replacement — makes it possible for a new governor to take office with less popular support than the old one.

GREENVILLE, N.C.--(BUSINESS WIRE)--Employers aiming to win the war on talent have a new “A” team to tap into: college and professional athletes. … END_OF_DOCUMENT_TOKEN_TO_BE_REPLACED

Mortgage rates are likely to rise in July, extending a seven-month streak. High inflation, and the Federal Reserve's efforts to control it, have … END_OF_DOCUMENT_TOKEN_TO_BE_REPLACED